Two protestors have been awarded damages after police used plastic ties to restrain them and detained them longer than necessary.

In Godin v. City of Montreal, 2017 QCCA 1180, three plaintiffs were amongst a group of 60 to 70 other protestors occupying a small and densely populated tent city in Montreal’s Victoria Square in support of the “Occupy Wall Street” movement. Municipal authorities ordered the public park, which included Victoria Square, closed on a 24-hour basis. An order to leave was given by the Montreal police and most of the protestors left voluntarily and peacefully. However, about a dozen people, including the three plaintiffs, refused to leave and attached themselves to each other and a tent. They were arrested — two of the plaintiffs had their hands bound behind their backs with plastic tie wraps and were held in a heated bus parked at the site for about 20 to 60 minutes.

Following their arrest, the plaintiffs were photographed and the back of one hand was marked with a number in black felt pen and invisible ink, which could be viewed under a special light in the event that the black ink is erased or blurred (for the purposes of identification).

In the experience of the police, some people refuse to identify themselves or provide a false name and so the numbers allow the police to match the person arrested with any possessions seized from them. As well, the numbers provide easy identification should the arrestees return to occupy the square upon their release from custody. The ink would ordinarily be gone from the hand in three days.

An extensive video recording was also made by the police of the entire operation. One of the plaintiffs, Godin, was released on site (his car was parked nearby) but the two others, Haugh and O’Callaghan, were placed in the back of police cars, still bound by plastic ties, and driven to other parts of the city. This prolonged their detentions for about 20 minutes.

All three plaintiffs sued the City of Montreal, seeking damages for bodily, moral or material injury under the Civil Code of Quebec for, among other things, marking their hands with invisible and black ink, taking photos of them during their detention, and for the duration and manner of their detention, including the cuffing of their hands with plastic ties and their transport to other parts of the city.

A Court of Quebec judge dismissed the plaintiffs’ actions. He found the plaintiffs failed to demonstrate the police did not act reasonably. In the judge’s view, the techniques used and the force applied were not excessive, given the necessity of physically removing the plaintiffs from the square, their persistent refusal and their passive resistance. Marking their hands with invisible and black ink was not offensive in the context of a mass arrest. As for the binding of the hands behind the back with plastic tie wraps, the judge found this to be a lawful common practice. The judge ruled that the detention in a heated bus was, in the circumstances, reasonable. The taking of the plaintiffs’ photos following their arrest was for the purposes of identification. And, even if the police did commit a fault, the plaintiffs suffered no damage and any discomfort experienced by them was minor and temporary.

The plaintiffs appealed the trial judge’s decision to the Quebec Court of Appeal.

Marking the hands
The Court of Appeal found that marking the hands with ink was momentary and minimal, did not penetrate the skin, and did not interfere with the plaintiffs’ physical, psychological or emotional integrity in more than a fleeting manner. Nor was there any suggestion that the plaintiffs were bothered or suffered psychologically beyond the fact of their arrest by the markings. The police committed no wrong. And, even if they did, there was no material damage proven.

Photographing
Although there was no statutory authority for the taking of the plaintiffs photos, since they were only arrested for a by-law infraction, the police may nonetheless “take a photo of people they arrest as part of their duty to retain evidence of the offence (i.e. the identity of the alleged perpetrators)... A photo simply records in visual form what a sketch or notes of a detainee’s appearance would preserve in written form,” stated Justice Schrager, adding:

A police officer acting reasonably would seek to preserve evidence of the offence, including the arrestees’ identity and appearance for the purposes of collecting evidence to present to a court. There was consequently no fault committed by the police in taking the photographs in question. [para. 39]

Furthermore, no damages (bodily, material or moral) had been proven that might have resulted from the taking of the photos after arrest.

Plastic tie wraps
The two plaintiffs who had their hands bound with plastic tie wraps argued this was unnecessary because they were co-operative. The police, on the other hand, contended that the binding was necessary to prevent the detainees from rubbing out the black ink numbers marked on their hands and as a security concern.

“Police officers, acting reasonably, may handcuff an arrested person for reasons of security or to execute their duties,” said Justice Schrager. “Even though handcuffing may arise upon arrest, the fact of arrest, even if legal, does not automatically give rise to the right to apply handcuffs to a detained person… Handcuffing should not be carried out systematically. Applying handcuffs (or tie wraps) is within the discretion of an arresting officer but there must be a good reason to do it, such as the security of the police or others, including the arrestee.”

In this case, the initial binding of the hands was not unreasonable. However, the plaintiffs’ continued restraint in the back seat of police cars with their hands bound when they were taken off the bus was unreasonable. At this point, the police had already decided not to charge the two plaintiffs.

Detention duration
The Court of Appeal found the plaintiffs’ detentions in the bus for 20 to 60 minutes was not unreasonable. However, the prolonged detention once they were off the bus constituted a fault by police. Once it was decided the plaintiffs would be released, their continued detention was not necessary and the police were therefore obliged to release them:

Though the police do not operate a taxi service, if having resolved to release the [plaintiffs], the police really felt the necessity to remove [the plaintiffs] out of the area of Victoria Square to avoid a re-occupation of the square, they could have uncuffed them and offered to drive them home. Instead, they left them handcuffed and transported them without consent to a distant point. This constitutes a fault in what was otherwise reasonable action on the part of the police. [para. 58]

Damages
In assessing damages, the Court of Appeal awarded Haigh and O’Callaghan, the two plaintiffs who were zip tied and transported to other parts of the city, $2,000 each with interest for moral and material loss related to the inconvenience of the transport and discomfort of the tie wraps.

As for Godin’s detention, the third plaintiff, it was not prolonged and he was not handcuffed so no damages were awarded. However, his initial order to pay legal costs was reversed given the public interest questions involved in this case. 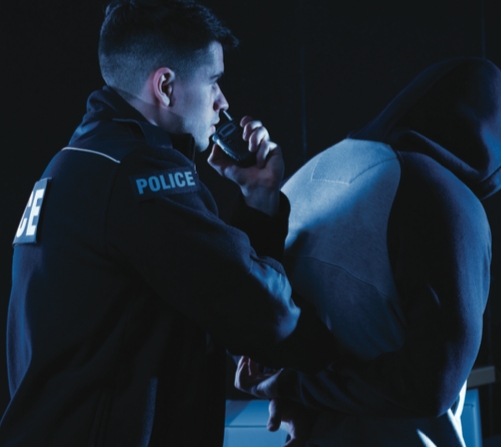