Reconciling our past, celebrating our present and looking towards our future 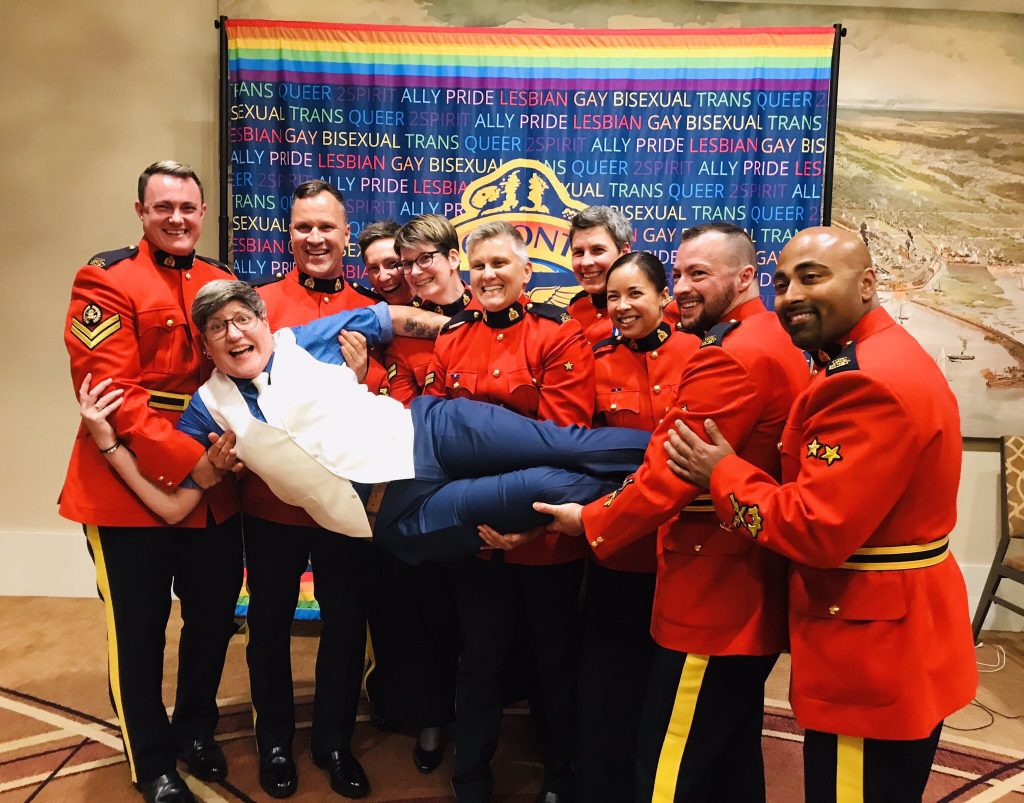 This year is shaping up to be a particularly momentous one for our RCMP LGBTQ2 colleagues.

In June, 26 RCMP delegates from across the country attended the 2nd World LGBTQ Conference for Criminal Justice Professionals, hosted by the Toronto Police Service in partnership with the RCMP.

For many, the conference was life-changing.

“The RCMP has policies, training and committees designed to lead us in diversifying our knowledge,” E Division’s Cpl. Scott Falkingham commented, “but when it comes to understanding and truly embracing our LGBTQ2 colleagues, nothing compares to meeting and hearing personal stories from the police officers themselves.”

As an ally, Falkingham attended the conference from Kelowna B.C. as a show of support for his gay friend Cpl. Brendan Harkness (Hudson Hope Detachment Commander).

“What I came away with was a much deeper understanding of the struggles and issues that the community bears, especially when they are police officers,” Falkingham said. 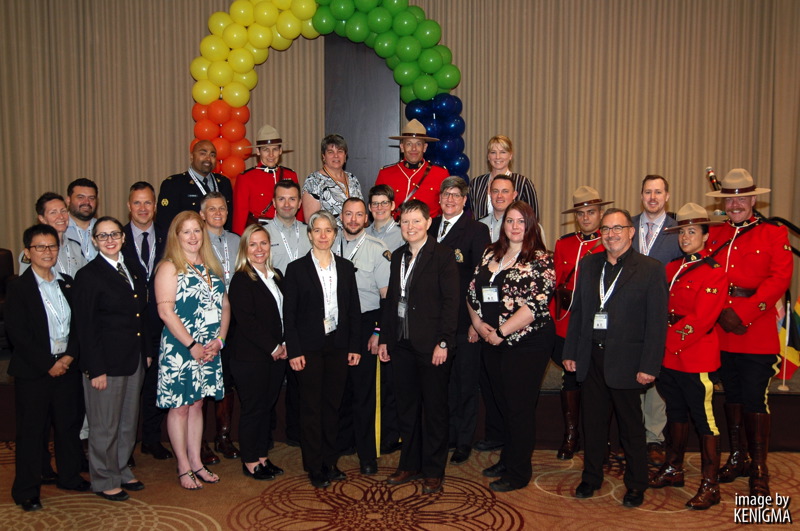 Police have had a tumultuous past with the LGBTQ2 community.

In Canada, starting with the “purge,” where between the 1950s and 1990s, the Canadian government responded to national security concerns generated by Cold War tensions by spying on, exposing and removing suspected LGBTQ2 individuals from the federal public service. As a result, the RCMP investigated large numbers of people, many of whom were fired, demoted or forced to resign — even if they had no access to security information.

E Division’s Cpl. Elenore Sturko, knows all too well the devastating effects that the “purge” had. She attended the conference and in an emotionally charged keynote address at the gala dinner, shared the story of her great uncle Dave.

Elenore is a member of the LGBTQ2 community and is the great-niece of Sergeant Dave Van Norman, a Mountie who was forced to resign from the RCMP in 1964 as part of the “purge.” 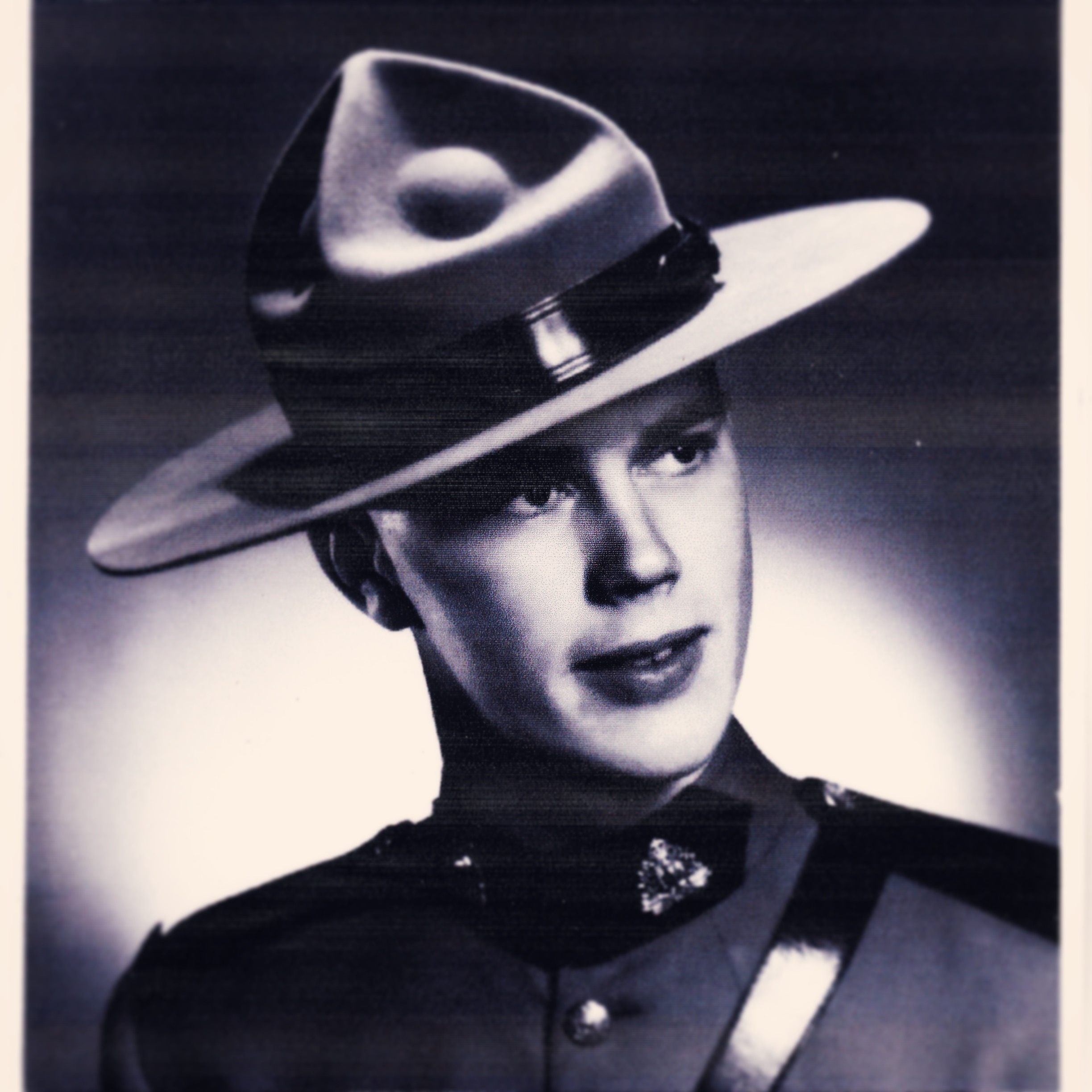 Sgt. Dave Van Norman, a Mountie who was forced to resign from the RCMP in 1964 as part of the “purge.”

“My uncle never recovered from that loss, he was shamed for who he was and internalized the rejection by the RCMP,” she explained, “but standing here tonight, sharing his story and sharing my very different story as a serving and supported member… I know that he is listening and I know he is proud of the huge improvements we have made towards acceptance and inclusion.”

The progressive tensions between police and the community boiled over in February 1981, when patrons of four bathhouses in downtown Toronto were surprised by 200 police officers in a series of co-ordinated raids. Riots against the police action ensued, forming the genesis of our modern-day Pride parades and celebrations.

“Your conference taking place during this extraordinary symbolic month pays tribute to the advancements we have made in many important areas while at the same time it also recognizes that there is much work that still needs to be done,” said Toronto Police Services Board Chair, Andy Pringle.

RCMP Const. Joseph Beaton, a trans man working in Ottawa attended the conference, presented on a panel discussion and also led a workshop.

“By and large trans persons in our workplace still have many hurdles to overcome; most stem from a lack of understanding and acceptance from co-workers but also include administrative challenges for things like having our names changed,” he said. “While lesbians and gays, for the most part, are feeling accepted, there is much work and education to be done surrounding the other non-binary persons on the LGBTQ2 spectrum.”

In the United States, 2019 also marked 50 years since the 1969 Stonewall Inn raid, in New York City. This raid lead to days of riots against police treatment of the queer community. It was both a turning point for the modern-day LGBTQ2 rights movement and—like the bathhouse raids in Toronto—was an origin point of what would become Pride parades.

To mark the anniversary, World Pride held its parade in New York City and with international media attention, Insp. Mike Lokken, (Officer in Charge at the Parkland RCMP Detachment, K Division) in full red serge uniform, walked hand-in-hand with his partner of six years alongside police officers from Toronto.

LGBTQ2 activist and Senior Pastor Emeritus of Metropolitan Community Church of Toronto, Dr. Brent Hawkes, has been at the forefront of ministry to the LGBTQ2 community for over 40 years. In his keynote address to the World LGBTQ2 Conference he noted the progress that has been made and challenged police to continue in the work.

“We have made progress in many ways and many places. The gains we have made, we need to remember, are very fragile and we need you to continue that work… A vast majority of our community want a good relationship with police. We pride ourselves when we have that good relationship.”

There is no doubt that for the 26 delegates who attended the conference and for Insp. Lokken who participated in the World Pride parade, the events and people who are a part of them represent an affirmation of the work towards equality.

Their renewed sense of purpose comes armed with global support and a firm commitment by RCMP Comm. Brenda Lucki that the RCMP is marching towards a new vision of itself, welcoming and valuing people of all backgrounds and perspectives, including members of the LGBTQ2 communities.

The RCMP has so much to be proud of but the biggest has been our ability to adapt and evolve. Our LGBTQ2 employees are grateful for that and honoured to serve for the Royal Canadian Mounted Police and Canadians.

*See more photos and video from the conference here: https://www.blueline.ca/toronto-hosts-world-lgbtq-conference-for-criminal-justice-professionals/.

Jean Turner is a civilian member working with RCMP’s O Division (Ontario) and co-chair of Serving with Pride.