Det. Michelle Pflug is Peel Regional Police’s newest certified bloodstain pattern analyst, one of three at the Ontario service and one of about 30 across the country. She received her certification from the Ontario Police College in June 2018, after finishing a master’s of forensic science at the same time. 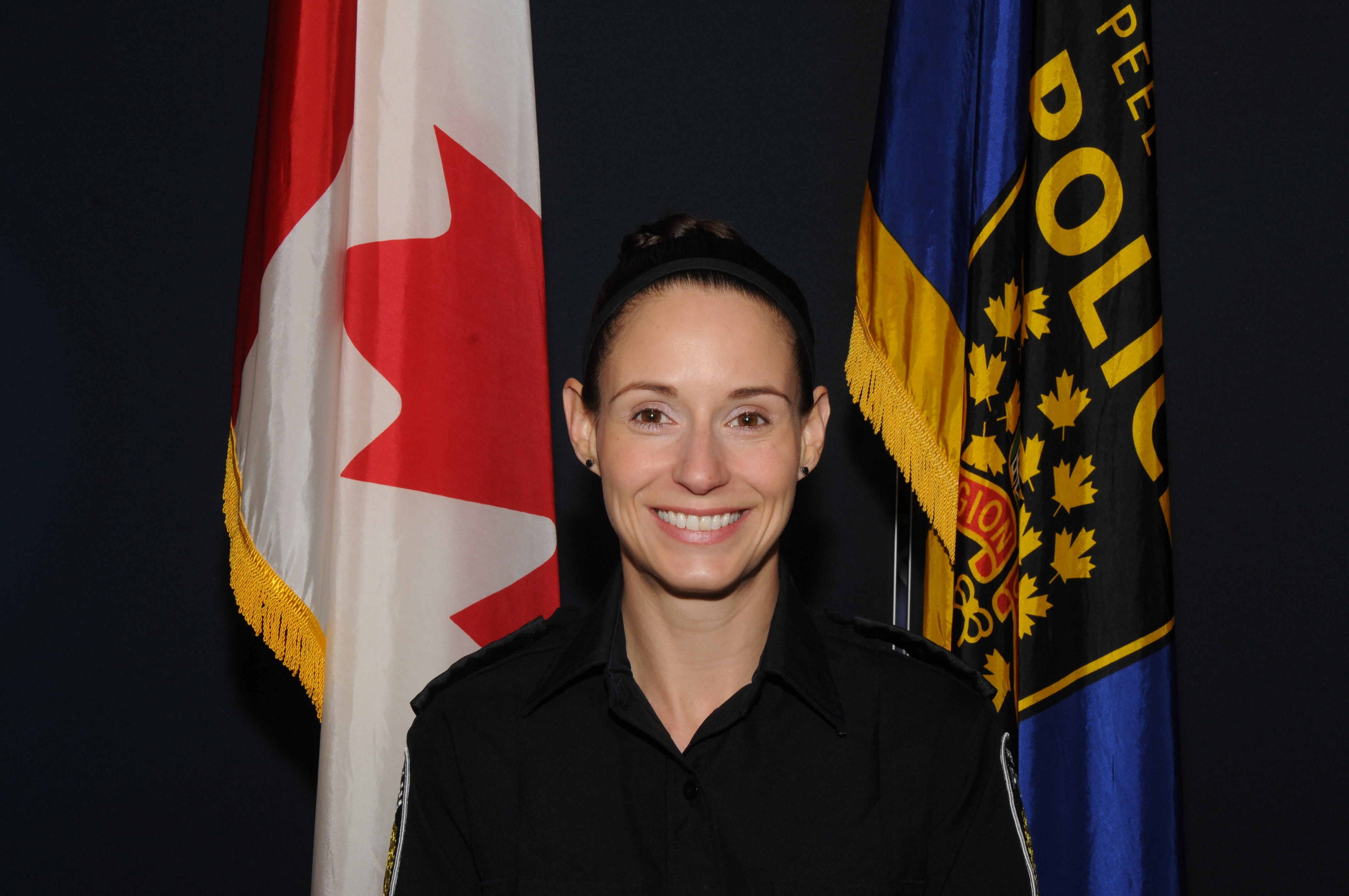 Q: How did your career in forensic identification begin?
My dad was an RCMP officer and I remember him bringing home photos from crime scenes, much to my mom’s chagrin. I had a hunger to know more and to piece everything together. CSI was a big thing when I was in high-school; everyone was watching it.

I went on to study forensic sciences and biology in my undergrad at the University of Toronto – Mississauga campus because science was intriguing to me. In my last year, during my co-op placement, I ended up in Peel Regional Police’s Forensic Identification Unit with their bloodstain pattern analyst. That was the tipping point. Right then and there I had more of an interest in the bloodstain side of things.

At the time — around 2003 — we were still allowed to do ride-alongs. I spent less time in the office doing my project and more time going to calls with the unit. I fell in love with it and knew it was what I wanted to spend my life doing.

Q: You’re one of only about 30 bloodstain pattern analysts across the country? It sounds like such a small number!
It is. It’s very different than how it’s organized in the U.S., where they have so many more bloodstain pattern analysts. Their process is different; you take a basic 40-hour course. There’s no real control. There’s been a lot of discussion on improving that; they want a model something like what we have in Canada.

We have three analysts now at Peel and other than the Ontario Provincial Police and the RCMP, we have the highest number of analysts for a municipal police force.

Q: Can you share more about the process?
The program is self-driven and the time involved to become certified varies based on each individual and the services they work for. The RCMP members typically have it done in a year or two. I completed my master’s with the University of Florida at the same time, so the other recently certified officer in Peel actually started the program after me and finished slightly before me. I’d say it’s about a three-year commitment, give or take, overall.

I did my basic bloodstain course in 2010 followed by the math and physics course in 2012. In between there were tons and tons of scenes with my two mentors at the time.

Then you have to decide when you’ll go for the full certification and you do a mock trial and sit on the stand for a full day. My mentor was the crown and the defense attorneys are other experts in the field. You have the best of the best in the province coming at you, grilling you.

Q: How do you manage your wellness when you’re often called to gruesome scenes?
The first thing is to acknowledge just that — you are seeing the worst of the worst. I struggled with that for the first five years. We want to help and do whatever we can, so we tend to take on too much. You have to learn to say, “No.” We’re very lucky to have three analysts at Peel; we support each other when we’re getting overwhelmed.

Having a strong connection with family and friends outside of work is also key. My husband is a retired Guelph police officer, so he understands my job and what it entails. He’s been extremely supportive.

I also make time for myself — I get my walks with the dog in whenever I can to clear my head.

Q: What is the best part of the job?
It’s nice having a speciality… and being able to provide that little extra bit of something to a case can be very rewarding.

Most of the scenes we attend are homicides, and those victims can’t speak for themselves. Helping get their story told and presenting the evidence to do that is quite amazing. For me, that is the magic and I just love the science behind it all.

Q: What is your advice for others looking to become certified?
Research the commitment involved. It’s one thing if you can work closely with an analyst and see how the job is done before taking the leap. Discuss it with your family, not just your colleagues, as you’ll be getting calls in the middle of the night. Those happen a lot.

Q: How do you see forensic identification evolving?
I see more civilianization happening and an increased focus on education, which helps to eliminate perceived biases from a police standpoint. This is one of the big issues we’re addressing. I would never testify about bloodwork in uniform, for example. Civilianization also makes managing that bias easier.