We are proactively profiling a cold case in every other issue for our readers to share in order to spark renewed interest and hopefully generate tips and information. 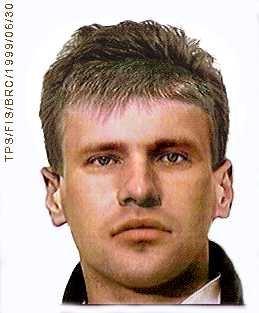 “Investigators are requesting the public be mindful this composite drawing was created 20 years ago and that an individual’s physical descriptor(s) change during a 20-year time span.”

Victoria Avenue, also known as Regional Road No. 24, stretches through the epicentre of Niagara region, starting from the north shore of Lake Ontario, inclining through Vineland and spreading amongst endless views of surrounding farms and fields. It is an area known for its quaintness and country-like tranquility, but at night, amidst a minimal local population, it can also quickly transform into a dimly lit stretch of highway.

On May 9, 1999, a woman’s body was found along this very stretch of road in Vineland in a ditch beside Regional Road No. 24, just near 8th Avenue.

After the body had been discovered, more than two weeks elapsed before the identity of the victim was confirmed: Nadine Gurczenski, 26 at the time, from Toronto, Ont.

Gurczenski had been murdered and Niagara Regional Police believe her partially clad body had been left at the side of the road in this desolate area for at least one full day prior to discovery.

There is more information investigators are not releasing, namely the cause of Gurczenski’s death, which include details only the person or persons responsible for this heinous crime would be privy to.

“During the initial investigation, a composite drawing of a male was released to the media. This male had been seen with Nadine on more than once occasion, just prior to her death. He was described as in his late twenties, six feet tall, medium build, with short brown hair and clean shaven,” says Det.-Sgt. Jackie Moore of the Niagara Regional Police cold case unit.

“Investigators are requesting the public be mindful this composite drawing was created 20 years ago and that an individual’s physical descriptor(s) change during a 20-year time span,” Moore adds.

“The investigation into the unsolved homicide of Nadine Gurczenski remains open and the Niagara Regional Police Service is committed to continuing this investigation in order to identify the person or persons responsible,” Moore says.

Investigators are encouraging anyone who may have information to contact the Homicide Unit at 905 688 4111, extension 4200 or online at www.niagaratips.ca. To leave an anonymous tip, contact Crime Stoppers of Niagara at 1-800-222-TIPS (8477) or online at crimestoppersniagara.com.

Stephen Metelsky, M.A., is a writer, (ret.) police intelligence sergeant and professor at Mohawk College. Find him on LinkedIn, follow him @StephenMetelsky or email Stephen.Metelsky@mohawkcollege.ca.