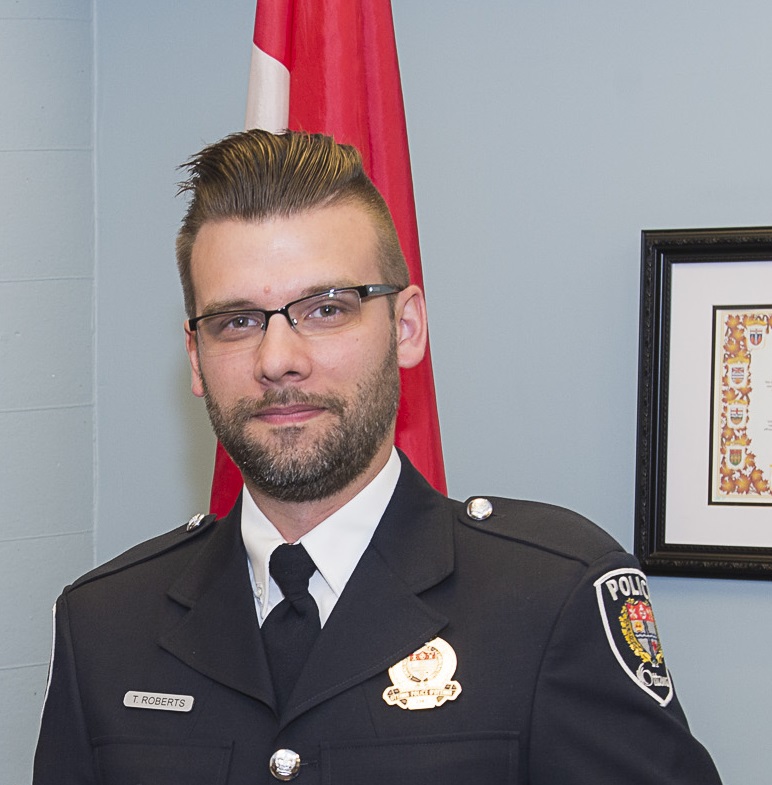 The force says it is working to support the officer’s family and members of the force.

Peter Sloly, the incoming police chief, extended his condolences online to the Ottawa Police for what he says is a tragic loss.

Ontario Premier Doug Ford says online that his heart goes out to the police officers and civilian staff at Ottawa Police.

“Thomas was 35-years-old and had joined the Ottawa Police Service as a direct entry officer from the RCMP in 2016,” Bell stated. “He leaves behind his wife, a 9-month-old child and family in the Ottawa area.”

Bell continues to say that Thomas was an “intelligent, well-liked young officer who impressed his colleagues with his dedication and investigative skills.”

In 2018, he was part of a team of officers who ran into a burning building and fought a fire to rescue a man. He was awarded a Chief’s Commendation for that act.

“It is information like this that makes his death even harder on all of us,” Bell said. “His Robbery Unit colleagues and our entire organization are stunned by this tragedy.”

OPS has refocused its efforts on its membership and have put plans in place to ensure everyone knows how to access help if they need it, according to Bell.“Barriers, like stigma, still exist to accessing mental health services and supports. We will refocus our efforts on eliminating those barriers and ensuring people can get the help they need.”

The incident occurred on the same weekend as the Police and Peace Officers’ National Memorial Day, which commemorates fallen officers. Two other officers are reported to have died by suicide within a seven day period prior to Roberts’ death.

Toronto police said they are also investigating the death of one of their officers, Const. Vadym Martsenyuk, in his home last Thursday.

Additionally, CBC reported a Canada Border Services Agency officer was found dead in Terminal 3 of Toronto’s Pearson International Airport on Sept. 20.Const. Mark Fischer, spokesperson for Peel Regional Police, said that a man shot himself inside the airport but not in a public area. He said police are treating the death as a suicide.

The Canadian Border Services Agency said in a news release that the “exact circumstances” of the death have yet to be determined and it will conduct a “thorough review.” It said the employee was found dead at about 8 p.m.

“As the CBSA grieves the loss of one of its officers, we are committed to supporting the officer’s family and colleagues during this difficult time. We extend our deepest sympathies to the family,” the statement reads.