Referred to, in the academic literature, as the Violent Link, research has shown a robust connection between animal abuse and interpersonal violence (IPV) and, in particular, domestic violence (DV). Pets can be found in as many as 80 per cent of these homes and may also be at risk of suffering severe or fatal injury. Victims of domestic abuse have a strong bond with their pets and their abuser is aware of this bond and can use it as an abusive tactic against their partner. 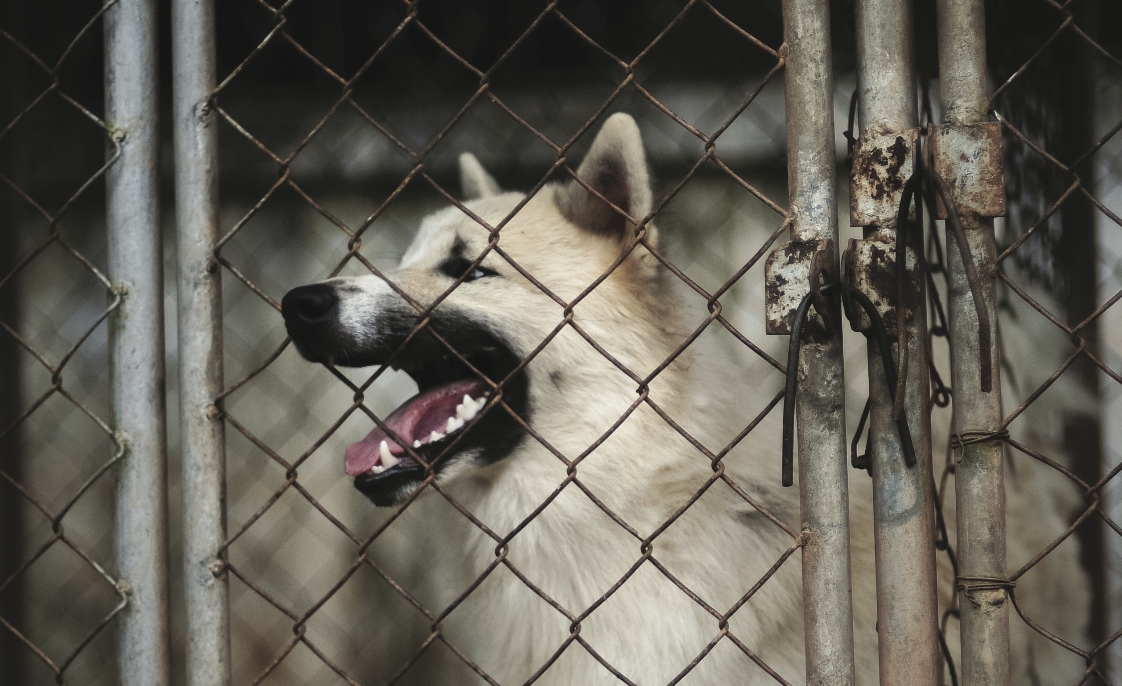 In addition, many survivors of DV will experience immediate or long-term psychological problems including anxiety, panic disorder, depression, substance abuse, eating disorders and self-harm.1 Concern for the welfare of their pet can act as a deterrent to leave the abusive relationship.

Another example of the Violent Link is the connection between gang violence and animal cruelty. This can take many forms, including illegal dogfights. Dogfighting is the act of baiting two dogs against one another for entertainment or gain. It involves placing two dogs in a pit until one either quits or dies.

While street fights can involve betting on the animals, the dog serves more as a status symbol for the gang member, as well as a weapon, because of the size, menacing appearance and aggressiveness of the canine.

There are two main types of dogfights – the street fights (informal) and organized professional fights (formal).2 The dog becomes an “extension” of the owner’s persona and it has been argued that we should be warier of the owner than the breed themselves. Dogfighting and vicious canine behaviour (against humans) can only be effectively controlled at the level of the owners.

So, why is the growing prevalence of organized dogfighting a major concern for law enforcement?

Dogfighting is a crime
Dogfighting has been illegal in Canada since 1892. It is a crime, according to section 451(1) (b) of the Criminal Code for anyone to cause unnecessary suffering of an animal or in any manner encourage, aid or assist at the fighting or baiting of animals or birds.

Humane Canada, also known as the Canadian Federation of Humane Societies, has advocated for the review, updating and strengthening of the current animal cruelty provisions in the Criminal Code of Canada. In October 2018, using Humane Canada’s recommended language, the Minister of Justice introduced Bill C-84, which would broaden and strengthen Canada’s bestiality and animal fighting laws. It is currently in its second reading in the House of Commons.3

Dogfighting is associated with other crimes
U.S studies show when organized dogfighting events are raided by law enforcement, illegal drugs are seized and approximately two thirds of the raids result in the seizure of illegal weapons. Heger (2011) refers to dogfighting as “convenience stores” for criminals, with “illegal gambling being the preferred form of currency.”4 Like other venues attended by organized criminal gangs, offenders with outstanding arrests are found attending these fights. Disputes between warring gangs can lead to serious assaults, and even homicides, at these gatherings as well.

Dogfighting enthusiasts commonly see participation in the blood sport as a family event and dogfights serve as an early introduction to gang life. Many of active street dogfighters are teenagers, with younger children often watching and even participating.

In a study from the United Kingdom, some of the animal abuses, as described by the youth gang members, included cruel training techniques for fighting (e.g. using electrocution to enhance aggression), withholding medical treatment for injured dogs, poor breeding practices (resulting in severe health issues), forced dogfighting, tail docking, and physical abuse (kicking, punching, stabbing and beating dogs). Many of the youth spoke about using the dogs as weapons, against both humans and other dogs from rival gangs.5

Why dogfighting?
The most common reason is greed. Major dogfighting raids have resulted in seizures of more than $500,000. It is not uncommon for $20,000 to change hands in a fight. The sale of puppies and stud fees from promising bloodlines is also quite lucrative.

For others, this blood sport is machismo – a demonstration of their power, prowess and strength. However, if the dog loses, the owner will not only lose money but also status. Sadly, the dog will often lose his or her life.

Others are attracted purely to the sadistic enjoyment of the brutality of dogfighting.

Sgt. Teena Stoddart, of the Ottawa Police Service, and Dr. Rebecca Ledger, an animal welfare scientist at B.C.’s Langara College, are part of an initiative to train Canadian law enforcement on the Violent Link.

Watch for my next column, “Dogfighting Part Two: The Investigation,” in the March issue of Blue Line.

My goal, in this monthly column, is to explore a wide variety of behavioural issues that are related to law enforcement. For any questions or suggestions for future topics, contact pcollins—blueline@gmail.com