The Surrey Wraparound (Wrap) program to keep at-risk youth out of gang life will receive ongoing annual funding from the province of British Columbia, as announced recently by Premier John Horgan. 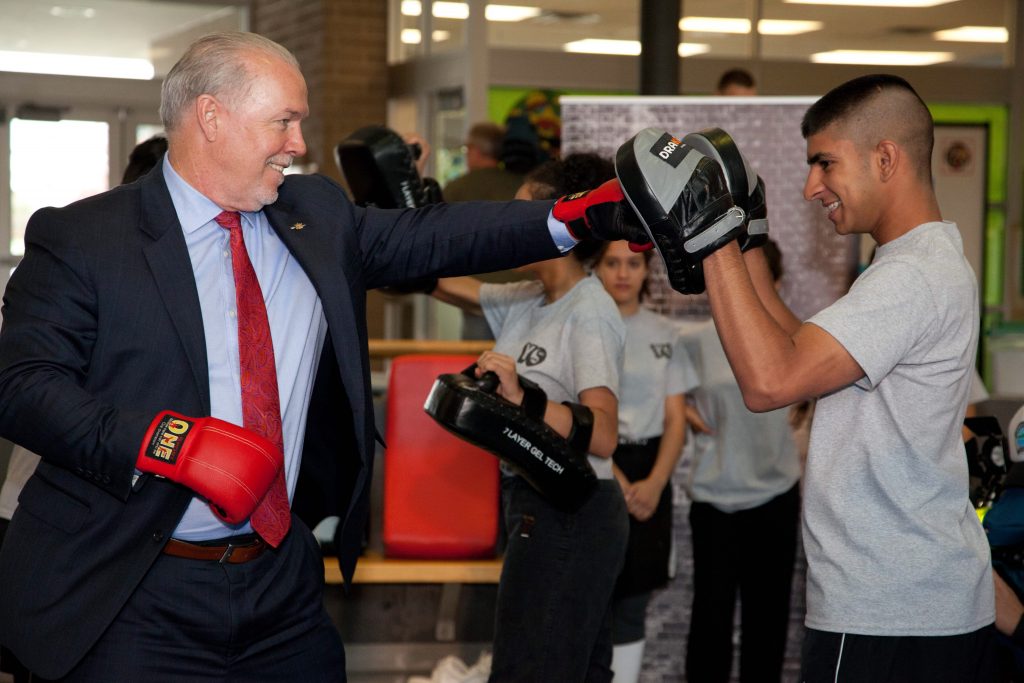 Premier Horgan meets with participants of the Surrey Wrap program

Wrap identifies youth who are at risk of joining gangs and connects them with police outreach workers and teachers. The government doubled funding for Wrap to $500,000 in August 2017 to help eliminate the program’s waitlist. Now, this most recent announcement makes annual funding of $500,000 for Wrap permanent.

“Surrey Wrap is about stopping the flow of young people into positions in the drug trade that open up when someone else dies or goes to jail,” said Minister of Public Safety and Solicitor General Mike Farnworth. “By keeping youth out of gangs, we can stop this vicious circle and build a better future for our communities.”

Geared to at-risk participants as young as 11, the Wrap program has reduced participants’ negative police contacts by two-thirds, the province says. While Wrap has helped more than 500 families and youth over the last eight years, demand for the program has consistently been high. Recently, additional funding from the province helped to reduce the waitlist by 65 per cent, the government says.

Surrey Wrap is a collaborative partnership between the Surrey RCMP, the Surrey school district (SD 36) and the City of Surrey. Wrap also receives funding from Public Safety Canada, including $3.5 million from 2015 to 2020.

• Resources for all police agencies for enforcement activity against‎ organized crime importers and traffickers, through the province’s gang unit (CFSEU-BC), including more funding for projects that specifically target traffickers, to stem the flow of illegal drugs, including fentanyl, into B.C.