York Regional Police (YRP) is partnering with SceneDoc to modernize note-taking, through a proof of concept, on their mobile platform for data collection. 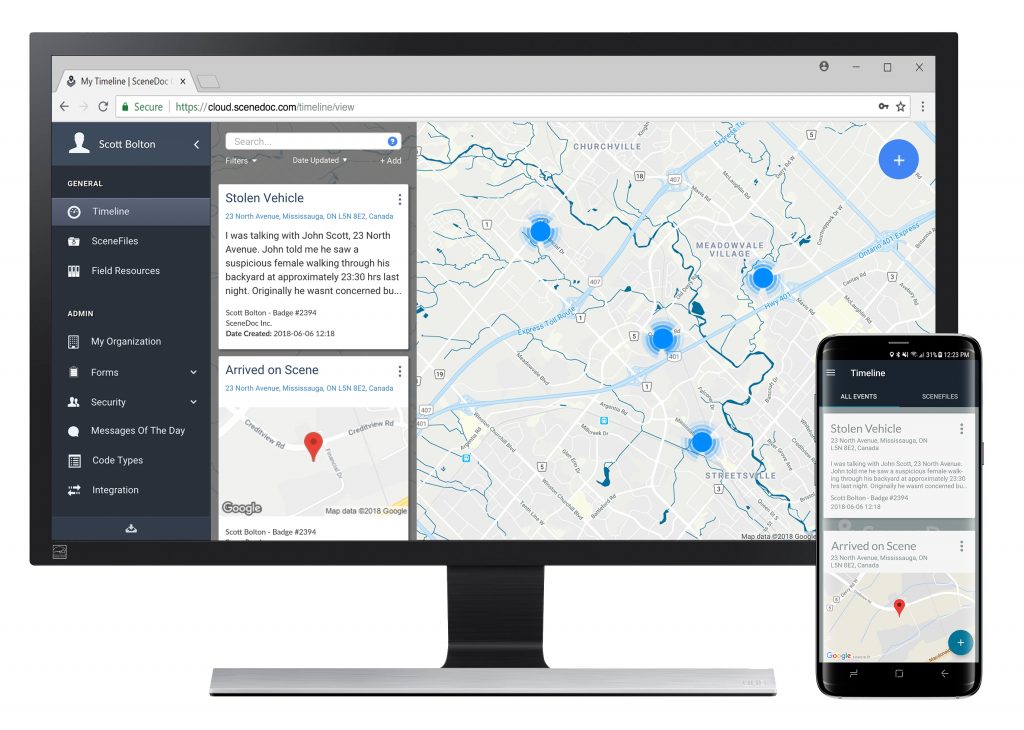 SceneDoc is a ‘mobile first’ platform for data collection

According to SceneDoc, YRP is the largest agency in Canada to invest in SceneDoc, leveraging tablets and smartphones to collect, manage and share everything from electronic notes through to digital evidence, “turning what was once mounds of paper into actionable intelligence to strengthen public safety.”

Policing is in need of a transformation, says Supt. Paulo Da Silva. “Our primary objective with this initiative is to empower our members to work smarter by providing them with current tools and technology to perform their duties and serve the community.”

YRP will take a lead role in a transformation of a 100-year-old practice of handwritten note-taking, he adds.

“This project will be evolutionary for York Regional Police, the community and policing in Canada. We tip our hats to Chief Eric Jolliffe, Deputy Chiefs André Crawford and Thomas Carrique and Supt. Da Silva for the action they are taking to deliver the tools officers absolutely require in the 21st century,” says SceneDoc CEO Alex Kottoor.

SceneDoc’s mission is to redefine the role of mobile technology in public safety. The company was recently awarded the coveted “Motorola Solutions Award for Public Safety Technology,” named as an innovator of public safety solutions that helps build safer cities and thriving communities.