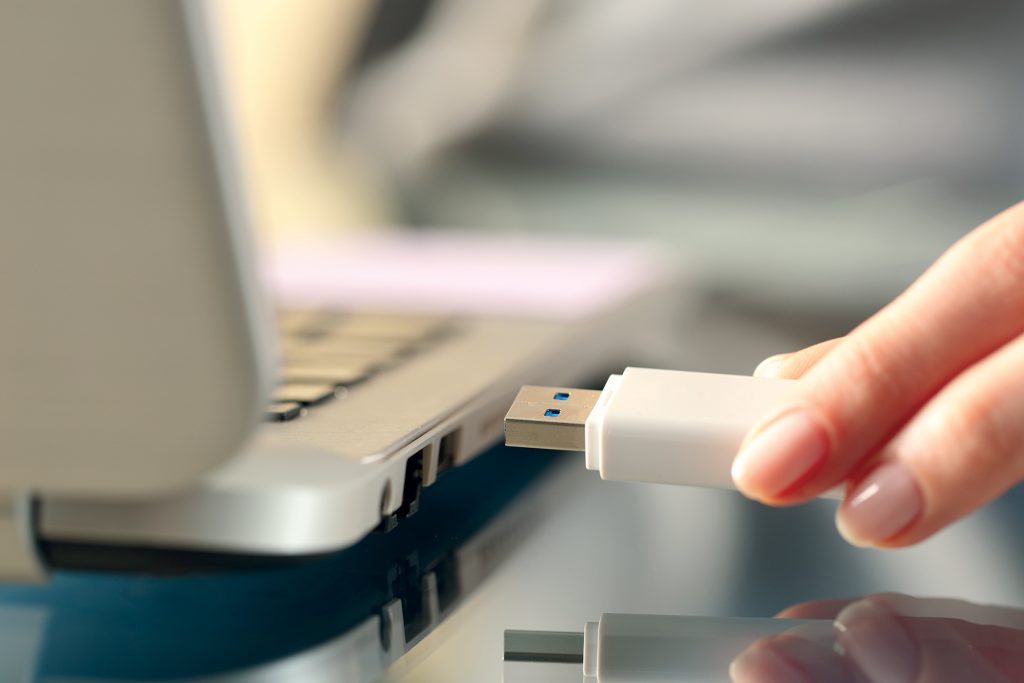 The police did not conduct an unreasonable search when they looked at digital photographs surreptitiously obtained by a third party and provided to them on a USB flash drive, Alberta’s top court said.

In R. v. King , 2021 ABCA 271 the accused’s wife was suspicious that her husband was cheating. He had a number of electronic devices (mobile telephone, computers and tablets). These devices were protected by a password that his wife did not know. One day she saw him enter his password into his mobile telephone and she memorized it. Looking for evidence of marital infidelity, she accessed his unattended mobile phone without his permission and discovered what she thought was child pornography. She also accessed his computer and an electronic tablet when he left them open and unattended, again finding child pornography. Using her own mobile phone, she photographed some of the images she saw and transferred her photographs onto a USB flash drive, which her divorce lawyer persuaded she to take to police.

King’s wife did attend the police station where she told an officer that she thought her husband was in possession of child pornography and handed the USB over. Police examined the contents of the USB and, using what they saw in combination with the information provided by the wife, obtained two search warrants for King’s house, truck and electronic devices. The execution of the warrants uncovered other child pornography images and King was criminally charged.

In Alberta Provincial Court, the trial judge recognized that King’s wife was not acting as a “state agent” when she searched his electronic devices, took photographs and transferred them to a USB drive, then gave it to the police. However, the trial judge concluded that King had a reasonable expectation of privacy in the contents of his electronic devices, which was highly personal to him and thus triggered s. 8 Charter protection. As a result, the trial judge ruled that police committed an unreasonable search by viewing the USB’s contents without a warrant. In the judge’s view, King’s wife could not waive his Charter rights or provide consent to view the contents of his personal files. When the contents of the USB flash drive were excised from the ITOs, there was insufficient evidence to support the search warrants. Thus, the searches pursuant to the invalid warrants were unreasonable. The judge, however, admitted the evidence anyways under s. 24(2) and King was convicted of possessing child pornography.

King appealed his conviction to the Alberta Court of Appeal suggesting the evidence ought to have been excluded. The Crown, on the other hand, contended there was no s. 8 Charter breach at all and, therefore, the evidence was properly admitted.

Was there a “search” by police?

The Court of Appeal found there was no “search” by police when they looked at the contents of the USB. Although his wife’s conduct may have been unethical or an invasion of King’s privacy, it did not engage s. 8 because her activities in accessing his electronic devices did not amount to “state action”. Rather, his wife was acting as a private citizen. Consequently, the police did not take or search anything that belonged to King. King’s wife told police about what she had observed and provided her own copy of what she had seen. And, although King had an expectation of privacy in his electronic devices, the police never intruded into these devices or his privacy.

“The mere fact that [King] had an expectation of privacy does not engage s. 8, and the absence of state action at that stage is dispositive,” said the Court of Appeal. “If the police had done what [King’s wife] did, there would have been a s. 8 breach, but they did no more than receive a report from a citizen who said she had found evidence of a crime. Their viewing of her USB flash drive may have been state action, but receiving reports of a crime does not engage [King’s] s. 8 rights.”

In finding the conduct of the police did not amount to a Charter “search”, the Appeal Court added:

“The requirement that there be “state action” for a Charter breach is effectively negated if private action becomes state action the minute the private citizen interacts with the police. Further, the police are not required to conduct a “voir dire” at the front counter of the police station to look into the source of the citizen’s information before the police even look at what the citizen has brought in. If, as in this case, the police wish to follow up on that information, it may be that they will have to obtain a warrant. But merely looking at [the accused’s wife’s] USB flash drive was not a “search” involving the [accused], let alone a search involving state action.”

When citizens like [the accused’s wife] attend at the police station and provide evidence of what they have reason to believe was a crime, the police do not engage in an “unreasonable warrantless search” by examining the evidence provided. The alleged state action took place when the police looked at what had been brought to them. However, examining images whose mere existence may be a crime (or, at the very least, evidence of a crime) is what police do…Examining such evidence does not turn [the accused’s wife’s] private action into “state action” or turn a normal police investigation into a search. Examining such information is clearly “authorized by law”, as the investigation of possible crimes is one of the core duties of the police service. Indeed, the police can hardly refuse to look at what the member of the public has brought in and still discharge their duty to enforce the law.

A member of the public who reports evidence of a crime is not purporting to waive anybody’s constitutional rights, or purporting to provide anybody else’s consent, but is merely reporting a suspected crime. The examination of the USB flash drive by the police was not an examination of any thing or place that belonged to or that was under the control of the [accused]. The police were not required to inquire into how the [accused’s] wife obtained the images, because regardless of how she obtained them, her private activities would not be a state Charter breach.”

“The Court of Appeal found there was no “search” by police when they looked at the contents of the USB.”

Accordingly, the police examination of the USB’s contents was not obtained through an unreasonable warrantless search, the resulting search warrants were valid, and there was no basis to exclude the evidence under s. 24(2). But, even if there was a s. 8 Charter breach, the Court of Appeal found no error in the trial judge’s admissibility analysis. King’s appeal was dismissed and his conviction was upheld.

Related
The future of policing technology
Reasonable grounds for arrest not as robust as civil standard of proof
Delay in facilitating counsel renders evidence inadmissible
Peace bond is an instrument of preventative, not penal, justice: Hearsay is admissible