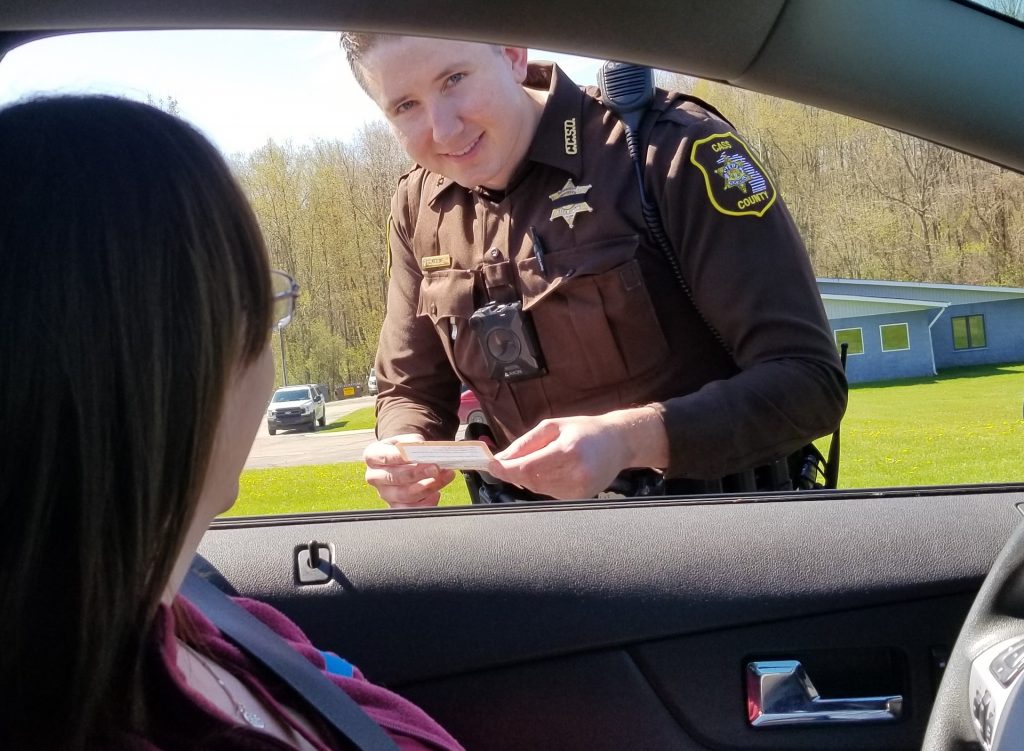 Body-worn cameras (BWCs) and dashcams are becoming increasingly common in policing. In turn, video evidence from these devices is also increasingly being introduced in court, including jury trials. Little is known about the impact of BWC evidence on trial outcomes.

Criminal justice and psychology researchers are assisting law enforcement and court practitioners by conducting studies to determine the various impacts of BWCs. Our research focuses on jurors’ perceptions of cases involving BWC evidence. In particular, we explore how introducing BWC footage at trial affects various jurors’ perceptions (such as perceptions of involved officers) and, in turn, verdicts rendered.

Our first study was recently published in the journal Behavioral Sciences and the Law. This study was carried out in America and we should not assume that the outcomes are the same as those we might see in Canada, but international studies do provide insights that are useful domestically. In this case, it is useful to think about how the findings from this study might hold up in the Canadian context.

The research we conducted was a “mock trial” study, where over 250 young adults put themselves in the role of jurors and considered evidence from an actual case where an officer’s use of force was controversial. The officer made a traffic stop of a man suspected of violating a protection from abuse order. The officer asked the driver to exit the vehicle, but the driver refused. The exchange escalated over a period of several minutes until the officer tasered the driver repeatedly.

We presented the trial to our mock jurors via a narrated slide show. The driver was charged with resisting arrest. Jurors’ verdicts were undoubtedly influenced by their opinion of whether the officer used excessive force. Legally, the officer appears to be within his right to use force, but the line between justifiable and excessive became blurred by the officer’s repeated use of the taser along with his escalating emotions –– indicated by a raised, angry voice –– all captured on the BWC footage.

To understand the impact of BWC evidence on jurors’ judgments of whether the officer was credible and whether the defendant was guilty, we divided our jurors into three groups.

The first group saw an excerpt from the actual BWC footage, capturing the officer’s emotions.

The second group was told that there was BWC footage, but they were given only a typed transcript of exactly what was said during the encounter (not the video footage itself). Although real jurors probably would not receive a transcript, we included this group so that we could determine whether jurors’ decisions were influenced merely by the objective, informational value of the footage — which is conveyed in the transcript — versus also by the emotionality of the situation, which is conveyed most clearly through the footage.

The third group was given a summary of all the same trial facts, but for them, there was no mention of BWC footage. Having these three groups allowed us to conduct an experiment where we could assess whether the three groups of jurors felt differently (on average) from each other based purely on the type of evidence.

We found that participants who watched the BWC video had the most negative opinions of the officer: they thought he was less credible and that his use of force was less justifiable. They were also more likely to find the defendant not guilty of resisting arrest. We believe this is because the BWC footage revealed how emotional the officer became during the encounter. Seeing the officer’s emotions reduced his credibility for the jurors. If the footage had shown a calm officer, the jurors might have reacted very positively toward him. In fact, the other two groups that did not see the emotionally-charged BWC video (e.g., those who read the officer’s words in the transcript, and those who only heard a summary of what transpired) were much more supportive of the officer.

We theorize that the introduction of video footage of police-public interactions can increase jurors’ emotional connections to what they are evaluating. When officers use controversial force, this could produce detrimental court outcomes from the police perspective. If so, our research suggests that the public will scrutinize officers harshly on displays of anger or unprofessionalism captured by BWC video.

Therefore, training that emphasizes remaining calm in body language and voice, as well as avoiding profanity and snide comments (which is already an important part of officer training), is even more important for police success in the era of BWCs.

As scholars who are supportive of police, we recognize that maintaining composure during prolonged interactions with people who are belligerent and combative is challenging, especially if officers fear a weapon is involved. But this expectation of calm professionalism appears to be the reality of public expectations and violations of this expectation appear to translate into jury decisions.

Therefore, training that emphasizes remaining calm in body language and voice, as well as avoiding profanity and snide comments (which is already an important part of officer training), is even more important for police success in the era of BWCs. Developing training modules focused on officer composure from third-party perspectives (e.g., the presentation of stronger and weaker examples of officer performances captured on BWC when dealing with difficult subjects) may prove useful.

In addition, role-play training scenarios that engage officers with difficult subjects and involve reviewing BWC footage to highlight the differences between first-person and viewer perspectives may also be valuable. Fundamentally, officers need training that prepares them to be scrutinized by armchair quarterbacks (from ordinary news viewers to jurors) if law enforcement is to leverage BWCs to their advantage when they are in the right.

Finally, we also varied the race of an eyewitness who testified in favour of the defendant in our mock trial. When that defense witness was portrayed as African American, her testimony had less impact than when she was portrayed as white. When she was white, the non-Black jurors in our sample (who were 42 per cent Latina/o, 27 per cent Asian, 20 per cent white, and 11 per cent other) doubted the police officer even more and were more pro-defendant. This reflects the unfortunate role that racial bias can play, highlighting the need for courtroom interventions that eliminate bias.

Clearly, many factors come into play in any trial. Researchers like us are examining them one at a time. What factors are most on your mind? We would be delighted to hear from you. Practitioner insights are critical to advancing research and building a body of evidence-based practice.

For more information, please contact Dr. Alana Saulnier (alana.saulnier@lakeheadu.ca) or see the full report: Saulnier, A., Burke, K. C., & Bottoms, B. L. (2020). The effects of body-worn camera footage and eyewitness race on jurors’ perceptions of police use of force. Behavioral Sciences and the Law, 37, 732-750.

The full footage is publicly available at www.youtube.com/watch?v=XNnZYyORZI0. In the actual case, which involved far more evidence than we used in our mock trial, the officer resigned, and the defendant was found not guilty and filed a federal civil rights lawsuit that was settled for $225,000 (https://www.fox43.com/article/news/local/contests/gettysburg-man-borough-police-reach-225000-settlement-in-federal-civil-rights-lawsuit/521-bd4fb8a6-b837-4433-a230-0cae73cee382).

* You can read a previous article by Saulnier for Blue Line, titled “The effect of body-worn cameras on public perceptions of police: A Canadian study,” here.

Alana Saulnier, PhD, has degrees in sociology and criminology and is currently assistant professor and the criminology program co-ordinator at Lakehead University in Ontario, Canada. In addition to BWC research, she has published on the topics of legal authorities’ use of surveillance technologies and restorative justice programs.

Kelly C. Burke, M.A., is a doctoral candidate at the University of Illinois at Chicago, where she conducts psychology and law research on juror and police officer decision making. Her book, co-edited with Margaret Stevenson and Bette Bottoms, The Legacy of Racism for Children: Psychology, Law, & Public Policy, will be published in summer 2020 (Oxford University Press).

Bette L. Bottoms, PhD, is a professor of psychology at the University of Illinois at Chicago. She has published more than 100 journal articles, book chapters and edited books about children’s eyewitness testimony, child abuse and jury decision making.