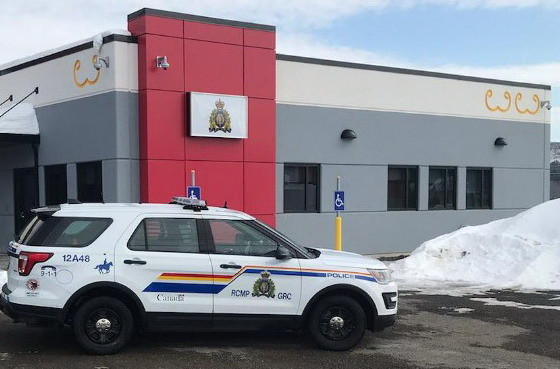 The building is a "Tri-Service" facility, bringing the RCMP, the Tobique Fire Department and Ambulance NB under one roof. Photo: RCMP

The New Brunswick RCMP is moving into their new office space on the Tobique First Nation.

The Trevor Francis Memorial Emergency Services Centre is owned by the Tobique First Nation, with the RCMP leasing space in the building. The new detachment is located at 284 Main Street, in Suite 3.

This building replaces an aging facility, providing RCMP members and staff with a state-of-the-art complex, allowing them to better serve the community, according to a news release from the federal police force.

The building is a “Tri-Service” facility, bringing the RCMP, the Tobique Fire Department and Ambulance N.B. under one roof. This facility will replace the current building that has housed the detachment since 1994.

The RCMP will start providing services from the new location on March 2. They say there will be no disruption of police services during the transition to the new facility.

The phone number for the Tobique Detachment, 506-273-5003, remains the same and all the services provided at the old detachment will continue to be available at the new location.