Features
Myth versus reality: The science of firearms training 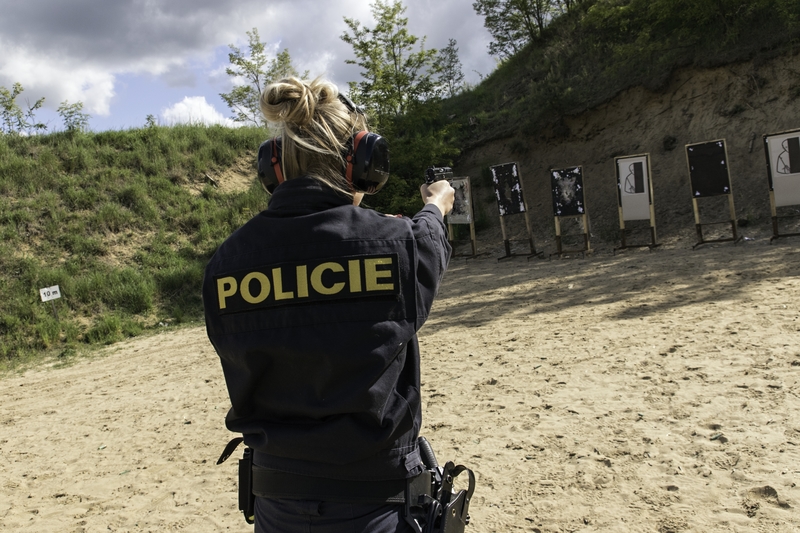 Life is not a television show. Every crime doesn’t get solved in 38 minutes in order to leave time for commercials. DNA results don’t spit out the name, address and current whereabouts of a criminal. Police officers don’t get into gunfights every week. And on those rare occasions when they do, bullets sometimes miss their intended targets or might not miss the unintended ones.

When officers are forced to resort to deadly force, they cannot shoot to wound; they must shoot to stop. The fight needs to be over as quickly and efficiently as possible. The longer a gunfight lasts, the more people get hurt or killed.

The science of stress

Using a somewhat simplistic view of a very complex topic, we can label the physiology and psychology of sudden incident stress, the science of stress.

The human body is an amazingly resilient package, complete with built-in, automated self-defense mechanisms. These mechanisms create almost instantaneous reactions in life-threatening situations. Because the body is preparing itself for either a battle or to flee for its life, many of these reactions are loosely termed the “fight-or-flight syndrome.”

When the body is threatened, it prepares itself to survive by restricting all blood flow to the centre-mass area. This is the part that contains the major muscle groups, the lungs and the main pathway to the brain. One of the first byproducts is an almost total loss of blood flow to extremities such as the arms and the legs, and the resultant loss of fine motor skills in the fingers.

This is why firearms training emphasizes gross motor skills as much as possible, and also why a shot to an arm or a leg would have almost zero effect.

Police officers rarely hear much of the sound of their own gunshots in life-threatening situations. This is because the brain also shuts down most of the hearing in anticipation of very loud noises. This loss of hearing is called auditory exclusion and a necessary part of firearms training is to move away from firing a fixed number of rounds at a target and then reloading, and instead train officers to reload automatically when the slide locks back. On the modern training range, both targets and officers often move – simulating the dynamism of a real-life encounter.

Tunnel vision is a term familiar in everything from firearms training to pursuit driving. Tunnel vision is the natural ability of the human brain to reshape the eyeball to optimize focus on a threat. The cost of this optimized focus is the loss of peripheral vision. Officers are taught from day one to always scan for further threats before holstering their sidearm.

Tunnel vision also causes distortions in remembering reality, particularly the size or distance of threats or objects. The brain does not generally experience tunnel vision enough to perceive objects as being in sharper focus. It tends to mis-perceive objects as being larger or assailants being closer than they are in real life. (This is also what causes an armed robbery victim to identify almost any gun as “the size of a sewer pipe” when pointed directly at them.)

Adrenalin is a natural pain-killer that is introduced into the bloodstream almost instantly and serves to reduce the pain threshold of the nerves and muscles. This can create nearly superhuman strength in life-threatening situations, but it also means that assailants can still be a deadly threat even after multiple rounds strike the center-mass of the body. In spite of all the carnage inflicted on bad guys in movies, virtually no one goes down instantly in real life. Some gunfights are over after one shot. Some aren’t over after 10. Every situation is different.

In a life-threatening situation (or even during the intense pressure of competition) many people report a feeling that time slows down. This is known as the tachypsychia effect and has been described as the world moving in slow motion. These psychological distortions of time, distance and even the order in which events happen are more a function of memory and perception than physical reality but add in the temporary inability to remember distances, time frames, size of objects and even how many rounds are fired, and one can easily see why several officers in the exact same situation may report seeing and hearing things completely different. In fact, in many legal situations, if every eyewitness tells the exact same story, something is probably wrong.

In one example, a combination of tunnel vision and the tachypsychia effect caused a soldier in combat to report seeing empty shell casings fly past their face, looking “the size of beer cans, and moving so slowly I could read the writing on the head-stamp.”

When deadly force is threatened against them or others, officers have no choice. Except in specific circumstances, officers shoot only for center-mass of the human body. This is the only place that can stop a deadly threat as quickly and efficiently as possible.

When firearms are the only solution, the goal will always be to stop a threat as instantly as possible. This means a bullet deep enough into the vital area of the assailant in order to cause massive trauma and a quick shutdown of the central nervous system. In a dynamic situation where people are screaming, bullets are flying and targets are moving, every projectile that leaves an officer’s firearm must be accounted for. Any bullet that misses, has to hit something. Only on television do they disappear into thin air.

In real life, projectiles can travel thousands of meters. Warning shots are dangerous to the public, plus have little to no effect. Police don’t fire warning shots.

Police cannot shoot to wound either. They only shoot to stop. Based on the science behind firearms training, shooting an assailant in the arm or the leg would have no effect. They will still be a deadly threat. This is why officers are taught to shoot for the center-mass of the body.

There are no magic bullets

There are no magic weapons police can employ to stop a deadly threat instantly. Tasers, batons and OC spray all intermediate-force weapons. If deadly force is threatened on another human being, there is no longer any choice except the firearm.

Criminals do not carry box-cutter knives to make greeting cards for their friends, or sharpened screwdrivers to tune tiny little carburetors. They carry these weapons to incite fear, maim and possibly kill. Police have no choice but to deal with them now. They can tactically reposition for best advantage and to avoid the use of deadly force, but police cannot just up and go home. Remember that, in the extremist of cases, police officers are also the only people paid to rush toward the building with a crazed gunman.

Police are not being equipped with “assault rifles” or military weapons

The patrol carbine gives police officers a defensive response to a much greater distance than they ever had before. The Armalite AR-style patrol carbine is not a “military weapon” or an “assault rifle.” It has no full-automatic capability. But it is made by the same top tier manufacturers who produce military grade weapons because they have to work the first round, every time, no matter how long they have sat in the gun rack of a boiling hot or freezing cold police vehicle. Equipped with advanced, combat-tested sight systems, officers can engage deadly threats as far out as 300 meters. In addition to being more accurate at longer distances, they are also safer for the public. Equipped with police-issue hollow point ammunition, the bullet from the patrol carbine is far less likely to over-penetrate a target or go through the walls of an apartment.

One of the biggest misperceptions about armed officers is why they carry that firearm on their hip. For most, it is one more tool to help protect citizens and make it home alive to their own families. In reality, no police officer wants to get into a gunfight. They know full well that nobody “wins;” they only survive. Real life is not a competition or a video game and there are no prizes for participation or coming in second. This is why police often respond with overwhelming force in a potentially deadly situation an effort to prevent the need for deadly force before it becomes essential.

Even today, most officers will go through their entire career only rarely pulling out their firearms, and even fewer will be forced to use them. Law enforcement is one of the few occupations where officers spend weeks training on a skill they hope to never use.

Statistically, most police officers will draw their gun at some point. Many will draw it multiple times. But aside from training, few will ever fire a shot. Yet the first question many citizens ask when they find out someone is a police officer is, “Ever shot anybody?”

Some days you just can’t win, no matter how hard you can argue science.

In March 2009, Vancouver Police were forced to shoot a man armed with a knife. Letters to the editor of a local paper for the next two weeks were full of, “Why did the police have to shoot him?” and “Why didn’t they just shoot the knife out of his hand?”

Conversely, one year earlier RCMP officers responding to a murder on a Greyhound bus had to exercise considerable restraint during a lengthy standoff but were criticized by the public afterwards for not shooting the killer, although there was no longer anyone else alive on that bus and no one’s life was in immediate danger.

Will science ever win out over these common myths? All we can do is keep on sharing information like this.

As a firearms writer and instructor, Dave Brown has written guest articles for both the Vancouver Sun and Winnipeg Free Press, plus lectured on the science behind police weapons training at the Canadian Association of Journalists and University of Manitoba Law School. He is Blue Line’s firearms and police vehicle contributor, and the judge of our annual Best Dressed Police Vehicle Awards.

Related
Bringing the best of who we are to each meeting
Meditating on the job
Mental Health Awareness: Self-Care for First Responders by Stephanie Miloknay and Marc Laferriere
Being ambassadors for mindfulness meditation in policing: Kindful Canada Symposium