COVID-19 UPDATES: Practicing mindfulness can help us through the coronavirus pandemic - July 7, 2020 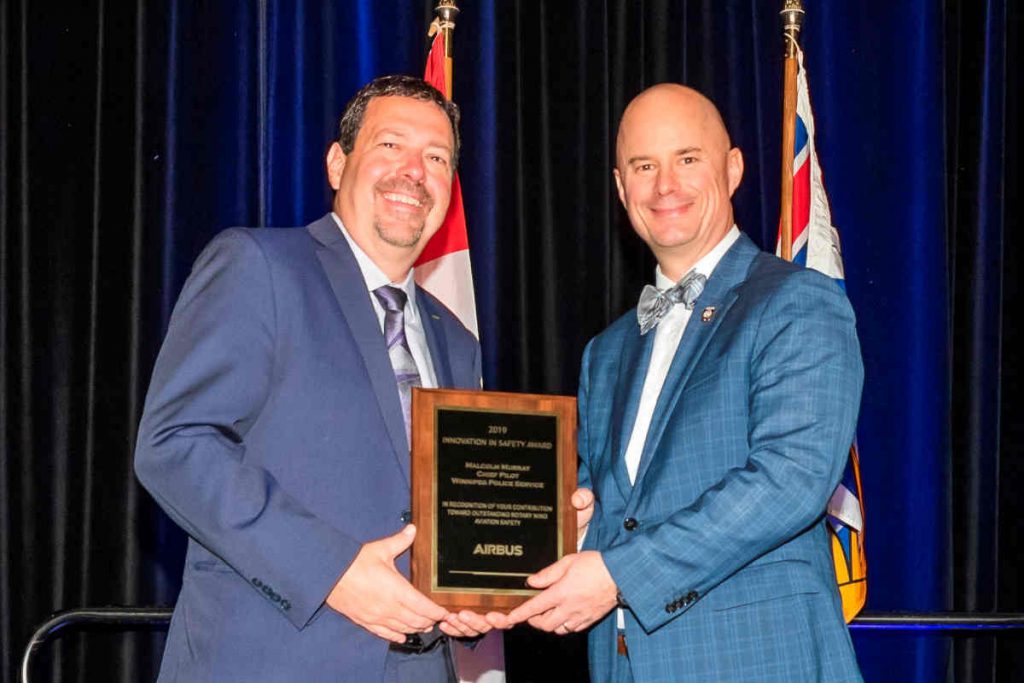 Malcolm Murray, chief pilot of the Winnipeg Police Service, received the 2019 Airbus Innovation in Safety Award, which was announced during the recent Helicopter Association Conference held in Vancouver, BC. Airbus explains Murray, who has been a pilot for 20 years, was recognized for his exemplary work to enhance aviation safety in Winnipeg and across airborne law enforcement operations.

“Malcolm is truly a visionary leader whose dedication and commitment to safety have made the entire rotorcraft industry safer and stronger,” said Dwayne Charette, president of Airbus Helicopters Canada. “He exemplifies the qualities that are the basis of the Innovation in Safety Award, and we’re proud to honour him with this award.”

As a founding member of the Laser Strike Working Group, Murray worked with stakeholders like NAV Canada, Transport Canada Enforcement, YWG, RCMP and various commercial airlines to streamline a reporting process and then dispatch a police helicopter in instances of aircraft being targeted by lasers.

For the past six years, Airbus notes the program has resulted in a 40 per cent reduction in laser strikes within the Winnipeg Control Zone, as well as the apprehension of multiple offenders targeting aircraft in Winnipeg.

Continuing his efforts to engage multiple stakeholders for stronger aviation safety, Murray also helped develop and implement an information sharing and response protocol to target UAVs operating within Winnipeg that represent a threat to air traffic safety. The work has led to a reduction in the number of UAV-related safety incidents in Winnipeg.

Additionally, Murray developed a training program for Tactical Flight Officers (TFOs) in emergency aircraft operations. The training provides TFOs with the required knowledge to safely return their aircraft to an airport environment should their pilot be incapacitated.

Airbus explains the Innovation in Safety Award is presented each year to an individual or organization whose business initiatives have demonstrated a great impact on the overall goal of safe flying operations. The winner, determined by an independent panel of judges, receives a $10,000 prize.