MSAB has announced the expansion of its mobile forensic ecosystem solution with the addition of one new product and improvements to three existing ones, which will give law enforcement agencies new capabilities to: 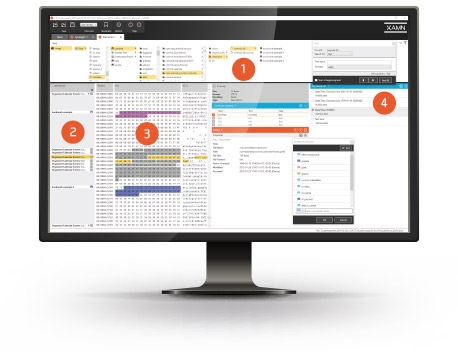 •    Quickly extract and analyze data from mobile devices;
•    Transmit data to a forensic lab or headquarters location for analysis;
•    Check phone data for matches with criminal or terror watch lists of suspects, and
•    Assist investigators focusing on crimes against children.

Until recently, MSAB says most tools for mobile forensics were stand-alone computers with specialized software that enabled the extraction and analysis of data from cell phones and other mobile devices. Now, by networking forensic tools together and adding additional capabilities, MSAB is enabling police investigators and analysts to achieve a number of advantages, including advanced watch listing, image recognition, data and evidence mobility, hex carving and reconstruction and interoperability with Project VIC.

These capabilities are now available in XEC Director, MSAB Kiosk 7.5, and XAMN Spotlight 3.0 as well as the new XAMN Elements.

“The Ecosystem lets users seamlessly share data extracted from devices in an investigation, advancing the speed and efficiency of their efforts,” said Joel Bollö, MSAB CEO. “As criminal enterprises become more sophisticated in their use of the Internet of Things, encryption and new apps, law enforcement agencies must keep pace by using cutting-edge tools that help to level the playing field and win the day.”