Features
Moving to the ‘next generation’ handgun

The Ontario Provincial Police is about to become the first major police agency in North America to equip all of its uniformed officers with the next generation handgun — the Glock Model 17M. 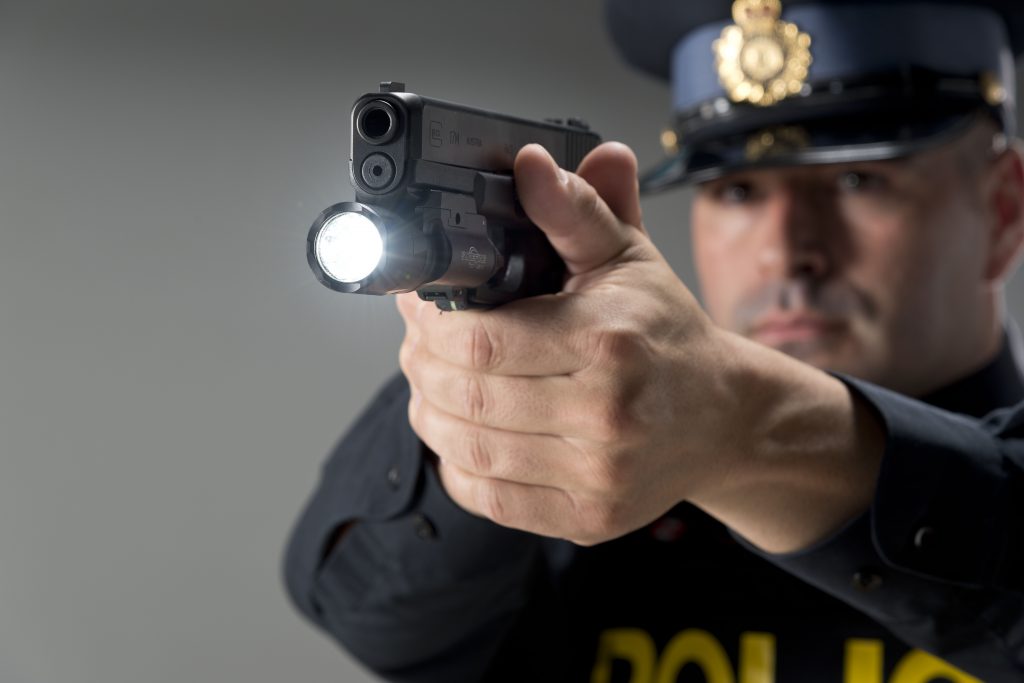 The new pistol is lighter and includes a weapon-mounted light as well as an affixed contoured pressure switch requiring a custom holster. New nine millimetre rounds of ammunition are part of the transition and are preferred by the OPP due to much lower recoil. This improves the user’s ability to steady the handgun and prepare for a follow-up shot, reduces shooter fatigue, and increases accuracy and the officer’s confidence.

The current OPP handgun inventory is about 7,000 units and the majority have been in service for more than 15 years — well past the usual service life for most police pistols. The OPP’s Clothing and Equipment Committee made recommendations to replace the OPP’s current handgun in order for officers to have access to new technology and better weaponry, and to ensure that all duty handguns are in a constant state of readiness — an organizational requirement.

OPP subject matter experts developed the specifications for the next generation handgun and its accessories. An evaluation team comprised of uniform and specialty unit members conducted tests, assisted by an external police agency of similar size and geography to the OPP. This was completed to ensure the selected handgun would support all officers and meet the minimum requirements set out in Ontario’s Police Services Act Regulation 926. The Commissioner’s committee then approved the purchase.

“Replacing OPP’s aging handguns will enhance both officer safety and public safety, solidifying our commitment to the ‘reinvestment’ pillar of our strategic plan and our policing partnerships,” said Commissioner J.V.N. (Vince) Hawkes. “The new handguns reduce our operating costs by reducing inventoried spare parts and the cost of maintaining older handguns.”

Officers will transition to the next generation handgun via the Provincial Police Academy’s In-Service Training Units as uniformed members attend their regularly scheduled, mandatory annual training, beginning in January 2018. New OPP recruit officers will also be issued the Glocks beginning next year.

The OPP intends to replace its handguns every 10 years.