What propels criminals to provide sensitive information to police under the guise of being a confidential human source? 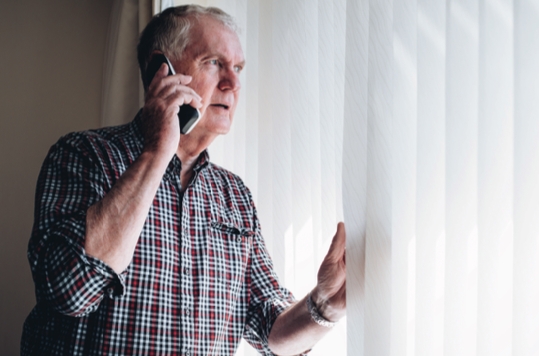 The recruitment and handling of sources is one of the most dangerous activities a police service can become affiliated with. The first phase of assessing the viability, credibility and reliability of a confidential human source involves identifying and determining the core motivators to decipher why a person becomes a confidential source. This should involve a continual process for the duration of the source’s involvement with the police, due to motives being fluid and not fixed.

The motivators of an informant may fluctuate throughout their covert tenure with the police; therefore, the importance of continually assessing and reassessing their behavioural motives is key to ensure the balancing criminal pendulum is benefiting a police service and not potentially hindering it.

The three most common types of motivators for people to provide sensitive information are:

•    In exchange for judicial consideration,
•    Monetary compensation,
•    The civic duty to do the right thing.

The sources that provide information to the police merely on the grounds of “doing the right thing” typically do not seek or request compensation or consideration from the police. However, these types of sources still require a significant amount of due diligence from the handling officer(s), in tandem with adhering to respective policies and procedures.

Such handling becomes problematic when sources are more actively embedded within organized criminal groups. In these circumstances, the underlying motives for co-operating with the police may not be evidently clear to the handling officers, particularly if they are inexperienced handlers. A hypothetical scenario involving an entrenched organized criminal being handled by two relatively inexperienced handlers can potentially translate into exposing a police service to the elevated risks of confidential human source handling. With that said, the two most dangerous types of motivators a confidential human source can possess is: wanting to seek revenge (against competing organized crime groups) and/or attempting to corrupt a police officer.

Organized criminal groups, like certain outlaw motorcycle gangs, routinely encourage members to actively compromise and corrupt a police officer in order to snatch inside information about arrests, warrants and investigations.

The human source motivators of ‘revenge’ and ‘corruption’ were tragically exposed in the FBI’s handling of a former Boston mafia boss: James “Whitey” Bulger. Bulger did provide information to his FBI handler — agent James Connolly — but it was to eliminate his competition, the Italian mafia in Boston, and to facilitate the expansion of his criminal enterprise. Eventually, the relationship between Bulger and Connolly involved the dissemination of information from the FBI directly to benefit Bulger — including the identities of other confidential sources, some of whom were murdered due to the one-way information exchange.

It’s an extreme and relatively isolated case, but it highlights the importance of adhering to the policies and guidelines for handling confidential human sources, including (but not limited to): meeting a source with a partner, protecting the identity of a source, maintaining the flow of information from source to the police (never the opposite), refraining from divulging your personal information and/or exchanging information electronically, documenting information so it can be followed up on for verification, reliability and corroboration; and knowing the differences between a source and an agent.

Never task or direct a confidential human source. A confidential human source handler wants to know what a source sees and hears when they are active on the streets. Once a source is tasked with something as simple as retrieving a phone number, the handler has essentially elevated that source into the role of a police agent. That now incorporates a whole slew of additional policies, procedures and regulations.

At the end of the day, be professional and adhere to your respective policies and procedures, seek advice from other experienced handlers and/or consult with a designated Crown attorney versed in this type of intelligence work.

Meanwhile, Connolly, the former FBI agent and confidential human source handler, is now living in a federal prison where orange is the new white(y).

Stephen G. Metelsky, M.A., is a criminologist, writer & organized crime historian. He is a former intelligence sergeant & currently a professor at a Toronto area college. Follow @StephenGm—Jr or email him at smetelsky333bcm@cogeco.ca.
Print this page