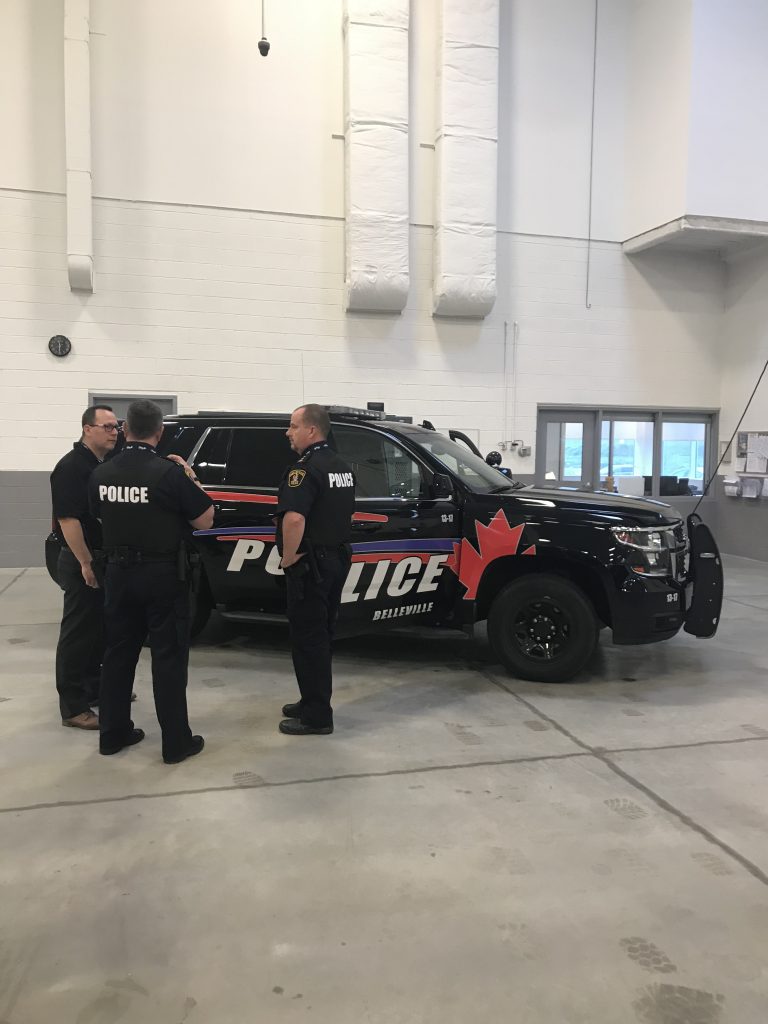 The idea of “bringing the office to the officer” was showcased recently at the second annual Mobility Symposium, hosted by Samsung and D and R Electronics at the Darta Fleet Solutions site in Bolton, Ont.

“Today we’re excited to be introducing the latest technology on the Samsung DeX system for police, fire, EMS…” said Massimo Tari, president of Darta. “This is the technology to have officers fully and securely connected when they’re in the vehicle, outside the vehicle – anywhere they’re doing their jobs.”

With DeX, officers can use one single computing device to access all their law enforcement applications and data. When you plug a Samsung smartphone into the DeX station, Harry Alkema of D and R explained, the phone goes dark and all the “already running” apps on the phone are now presented on the connected monitor, whether that be in the office or in the cruiser, thanks to the dovetail docking system from D and R.

“No residual data is left behind when the phone is disconnected,” Tim Grimes, enterprise mobility sales manager at Samsung, added at the symposium during his presentation. “Even if it [the phone] was stolen, you’re protected.”

Mike Callaghan, deputy chief of police for Belleville, told the crowd “I strongly encourage you to look at this technology because it’s the next step forward – truly the next evolution.”

Belleville is currently outfitting its second vehicle with DeX and is updating its smartphone fleet to S10s by the end of summer.

Treaty Three has just launched new designs for its fleet that honour the sacred Grandfathers Teachings. Stay tuned for Blue Line’s June/July cover story for more on that news.