One of the hot trends in psychology these days is the concept of “mindfulness.” 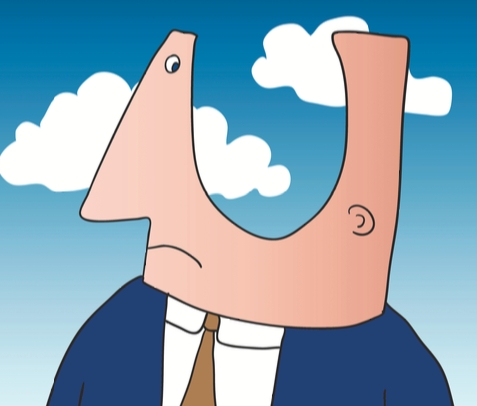 According to the well know Possessor of All Knowledge (Wikipedia), “Mindfulness is the psychological process of bringing one’s attention to experiences occurring in the present moment, which can be developed through the practice of meditation and other training.”

While I may be a psychologist, I am not a therapist. As such, my own knowledge of mindfulness is somewhat limited. I decided this is probably not a good thing so I read up on the topic. I got a little distracted right from the start, however, and ended up giving a great deal of thought to the corresponding topic of “mindlessness.”

Ellen Langer, one of the gurus of mindfulness, talks about “mindlessness” as being more or less a tendency to jump to conclusions, generally without regard to the immediate or current context. So a mindless statement might be, “Heroin is bad,” which does not take into consideration that there are times heroin is in fact useful and beneficial.

Langer gives the example of her own grandmother, who was elderly and confused, and so everyone assumed she was dementing. After she died they discovered she had had a brain tumour that would have accounted for her confusion.

I think mindlessness is akin to making surficial or overgeneralized conclusions, without realizing  things might well be different from what we are used to, or “assume.”

I spent a couple of weeks this winter in Central Alberta, where it was (not surprisingly) very cold and very snowy. It was also (not surprisingly) very cold and very snowy in Eastern Ontario, my home. But I was startled when I saw how they dealt with snow in Alberta. Unless there was a whole ton of snow all at once, they seemed to clear the sidewalks with what looked to me like leaf-blowers. There were these guys out in ghost-buster costumes blowing away the snow with these blowing machines. I had never seen such a thing before!

However, once I thought about it, I realized that the snow in Alberta was much dryer, fluffier and lighter than the snow around Lake Ontario.

When I thought about it, it made sense. The key here, however, is that initially, I did not think about it. I just assumed snow removal was snow removal, wherever it snowed, and that the people in Alberta were nuts… a mindless assumption. I forgot about the context.

We are mindless when we randomly assign people into categories: “He is Chinese; they are teenagers; she is schizophrenic; they are ex-cons,” and assume that doing so explains everything.

Indeed, there is something to be gained by identifying the salient parts of a person’s identity. It might be helpful to perceive that a person who is speaking a different language and appears panicky might be a new immigrant who is lost. But it also might be horribly offensive to make this assumption when the person in question is a multilingual third generation Canadian who is panicky because he missed his train to an important business function.

A lot of the behaviour we all engage in is pretty automatic. Who has not found him or herself driving mindlessly to work on a non-work day when we should have been going elsewhere? Who has not passed judgment on someone else’s behaviour only to discover later there was a perfectly good reason for it, even though it wasn’t apparent at the time?

There are many reasons why we all act mindlessly at times. We might have preconceived notions; we might not have all the facts; we might have a vested interest in thinking whatever it is that we think.

We all have different ways of looking at what’s going on around us. If you’ve ever compared notes with a friend or family member about an event you both attended in the past, then you have probably had the experience of realizing that what you recall and what they recall are two very different things. Is one of you wrong? Not necessarily. It may be that your own ideas and values have caused you to recall things that are different from what the other person recalled.

Consider a classic psychology experiment in which people were shown a series of words for a split second each. Some of the words were political (like govern, citizens, politics); some were religious (prayer, sacred, worship) and some were artistic (poetry, painting). When people were asked what words they could recall later, those who were into politics remembered the political words, those who were into religion… you get the idea. All of the participants were someone mindless — but each in a different way, biased by their own interests.

The take home message? Whatever it is, think about it, preferably in an open minded way. Things are not always as they seem.

Dr. Dorothy Cotton is Blue Line’s psychology columnist. She can be contacted at: deepblue@blueline.ca.

Related
Meditating on the job
Against the grain: Why are you only hearing what you want to?
The mental health impacts of training and decision-making
Building resiliency & more at Blue Line Expo 2018