Maj. Lisa Clark was the head Canadian military police officer serving in Hawaii during the Rim of the Pacific (RIMPAC) Exercise 2018, which had more than 25,000 military participants from 25 nations. It is known as the world’s largest international maritime warfare exercise and is held biennially during June and July. 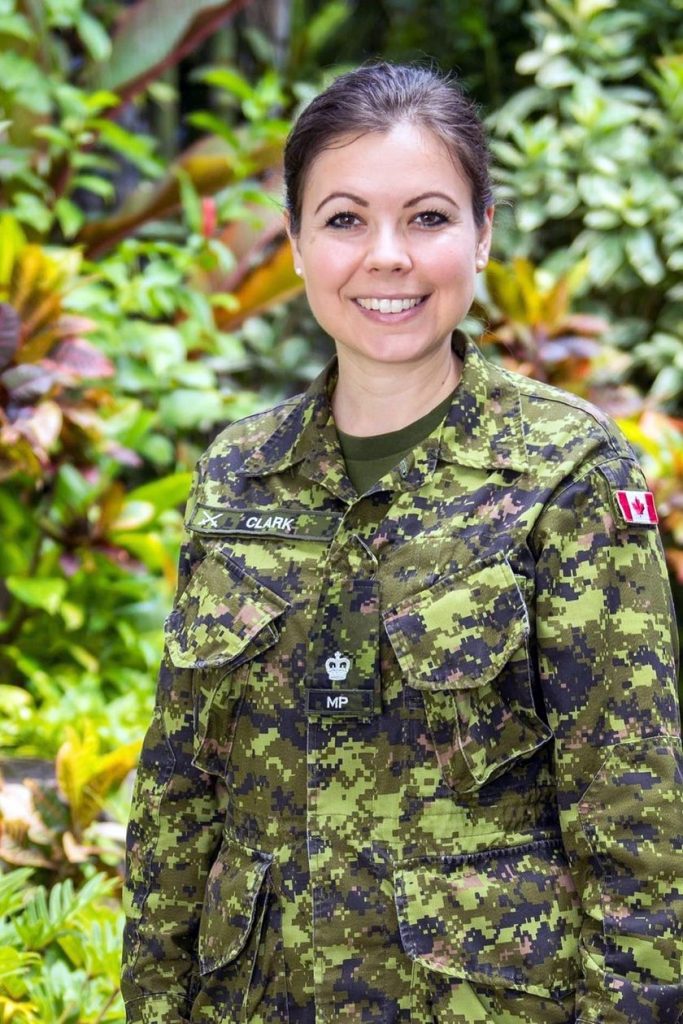 As Provost Marshall, Maj. Clark oversaw Canadian security, investigative and custody services for all military and civilian personnel in Hawaii and Southern California and aboard all Royal Canadian Navy ships sailing in the world’s largest maritime exercise.

Born in Woodstock, Ont., Clark now lives in British Columbia. She is the commanding officer for both the Military Police Unit at Canadian Forces Base Esquimalt and the Canadian Forces Maritime Experimental and Test Ranges, a maritime test facility located on the east side of Vancouver Island, in Nanoose Bay. She is also responsible for all military police activities in the province.

While serving at RIMPAC 2018, Clark received her Canadian Forces’ Decoration (CD) from the command team of the National Command and Support Element on the beaches of Waikiki. The Canadian Armed Forces award a CD to members who have completed twelve years of good and loyal service.

“I was so grateful and appreciative of the entire staff and leadership, and grateful as well that my fiancé was able to attend and experience this very memorable moment in my career,” Clark said.

Clark decided to become a military police officer while she was obtaining two degrees at Laurentian University and serving as a member of the 2nd Battalion, Irish Regiment of Canada, an infantry regiment in Sudbury, Ont.

On her off time, Major Clark is passionate about participating in the Military Police Motorcycle Relay, which supports the Military Police Fund for Blind Children. “The tools to assist young children with visual impairment become quite costly for a family, so it’s helpful when a charity can help offset some of those costs,” she explains.

The support of extra software and equipment gives students the opportunity to get the most out of the classroom. “What I love, is a lot come back and say, ‘I’ve graduated from college,’ [or] ‘I’ve graduated from university.’ A lot of them achieve As, and Bs and some are at the top of their class. We are able to assist so many young people who have visual impairments. It’s not just for military families; we open up the applications to anyone who wants to apply.”