News
Miami Police hope flashy autocycle will be an icebreaker

According to Law Enforcement Today, the Miami Police Department is rolling in style. Their latest car isn’t a car at all. It’s a three-wheel Polaris Slingshot. The unique vehicle was donated by the company to be used as a head-turning resource for community outreach. 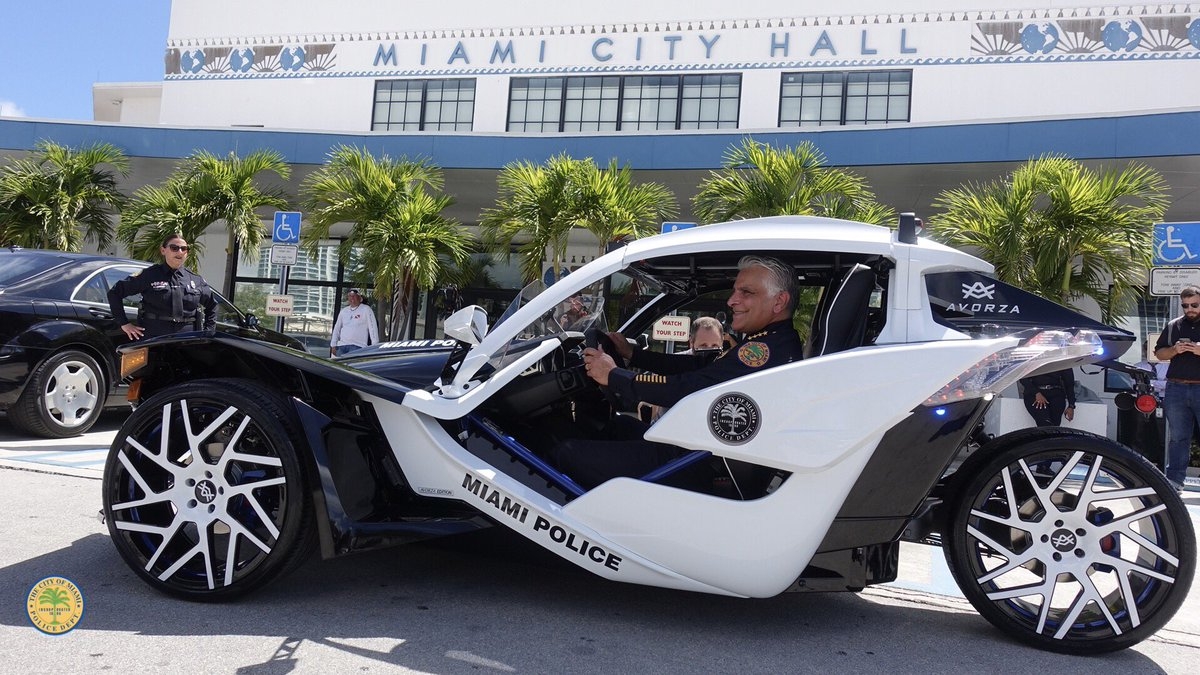 “This is going to be an icebreaker for us. Kids are going to want to walk up to this car, see it, sit in it, talk to the police, the police get to talk to the kids. I mean, it’s going to be perfect, man, I’m super excited about it,” Miami Police Chief Emilio Gonzalez said at the unveiling at the end of September 2018.

Considered an “autocycle” under motor vehicle laws, the Slingshot was modified with a black and white paint job as well as lights and siren by Miami custom car shop The Auto Firm, which works with many of the city’s celebrities, Fox News reported.

“Back in 2016, it customized a Slingshot for New York Met Yoenis Cespedes, who showed up at spring training in it and garnered so much media attention that sales of the $20,000 vehicle spiked,” the media report went on to note.

“The ‘autocycle’ donated to the Miami Police Department is worth more than that. It is a top of the line Grand Touring model, which begins at $29,450.

And while there are no plans to use it in a patrol function, it could be useful in that capacity, civil liability aside. Its lightweight chassis and 174 hp four-cylinder engine is good for a 0-60 mph time of about 5.5 seconds and 130 mph top speed.”