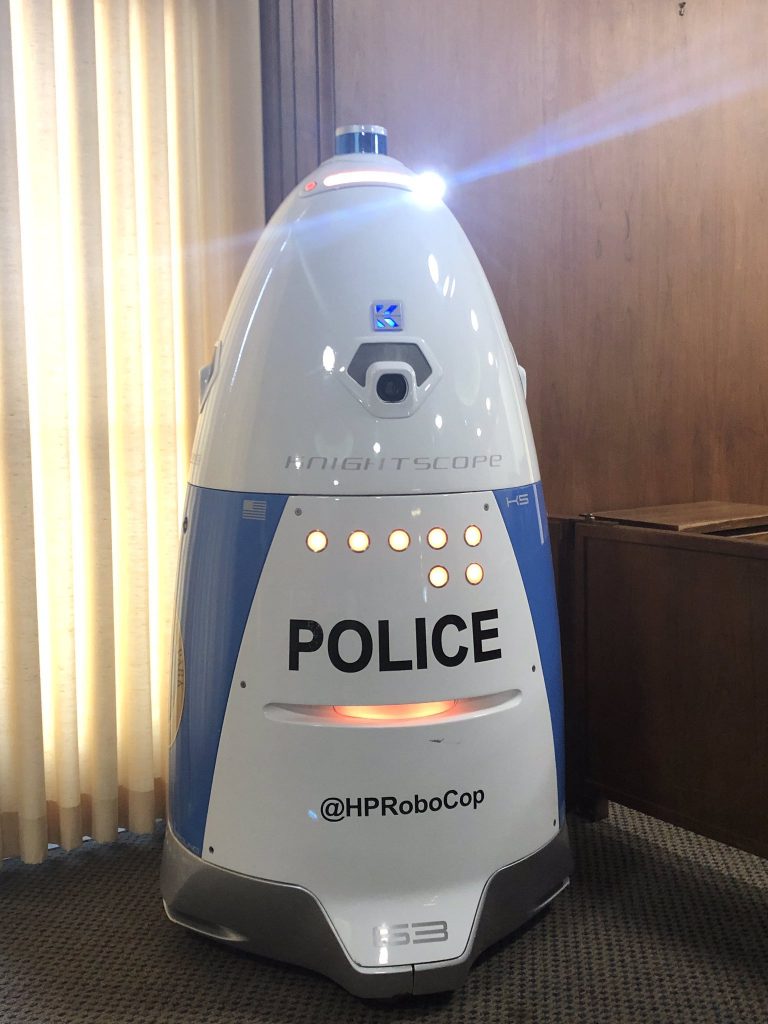 HUNTINGTON PARK, Calif. (AP) — A Southern California police force is welcoming a robot to the department.

The department says the blue-and-white rolling robot serves as an extra set of eyes for areas such as parks and buildings that police might not have time to patrol.

HP RoboCop has been helping patrol a park in the Los Angeles suburb for several weeks since it was previewed at a 5k run last month.