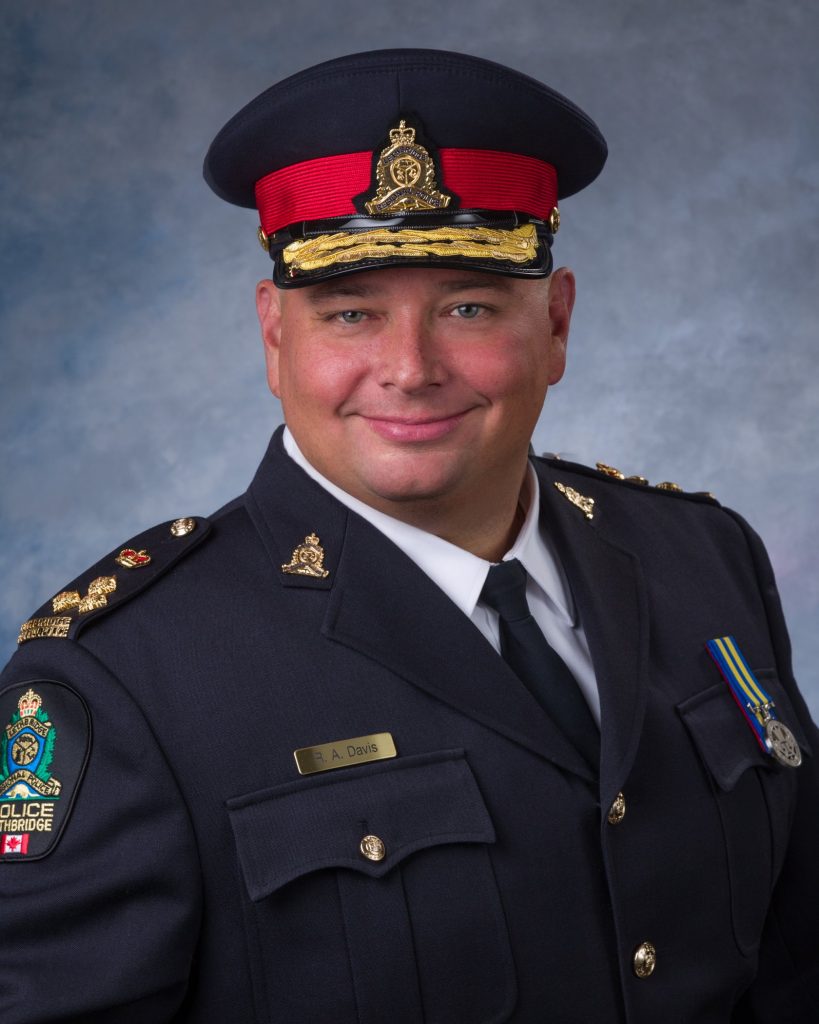 Lethbridge Police Chief Rob Davis has accepted a new position as the chief of police in Brantford, Ont.

Davis has been serving as police chief in Lethbridge since January 2015. He led the service through an accreditation process in 2017, receiving 100 per cent compliance in year two of the new CALEA (Commission on Accreditation for Law Enforcement Agencies) four-year cycle.

Chief Davis began his policing career in 1990 as an auxiliary constable with the Haldimand- Norfolk Regional Police in southern Ontario. In 1994, he joined the neighbouring Six Nations Police Service where he served from 1994-2011, starting as a constable and rising through the ranks to inspector and acting deputy chief. During that time, he also served on secondment to the RCMP in Ottawa from 2006-2009 and in Ontario’s far north with the Nishnawbe Aski Police Service in 2005-2006.

He holds a bachelor’s degree in sociology from McMaster University and is a recipient of the prestigious Gimborn Award from the Ontario Association of Chiefs of Police and the International Police Association for his leadership in combating organized crime.

“Chief Davis was given the extremely important task of leading our police service and he rose to the challenge each and every day,” said Lethbridge Mayor Chris Spearman in a press release. “He was an innovative chief who responded to the needs of city council and the community. Our new downtown Watch Program and the soon-to-be implemented Community Peace Officer Program are great examples of that. I want to thank him for his service.”

“I want to thank the Lethbridge Police Commission and the City of Lethbridge for giving me the opportunity to lead the service through some very significant changes that are going to have an impact on policing not only in the city but throughout Alberta,” Davis said. “I am excited to return to the area where I grew up and lead the Brantford Police Service as the City of Brantford faces new challenges.”

The Brantford Police Services Board thanks Chief Geoff Nelson for his “exceptional leadership and contribution.”

Under his leadership, the service has made great strides in the development of new and innovative programs/initiatives, the board announced, including the Brant Community Response Team, Mobile Crisis Rapid Response Team, Vulnerable Person Registry, Health IM Application, Citizens on Patrol, a Fentanyl Roundtable, and a comprehensive Service Delivery Review. He spearheaded a Continuum of Care Strategy that focused on member wellness, including a Peer Support Program, a Mental Health in the Workplace Committee and a more robust Employee and Family Assistance Program.