The RCMP, in partnership with the Canadian Association of Chiefs of Police (CACP) and the Canadian Police Knowledge Network (CPKN), are pleased to announce the new online training on cannabis legislation is now available for all Canadian police officers, in both official languages. 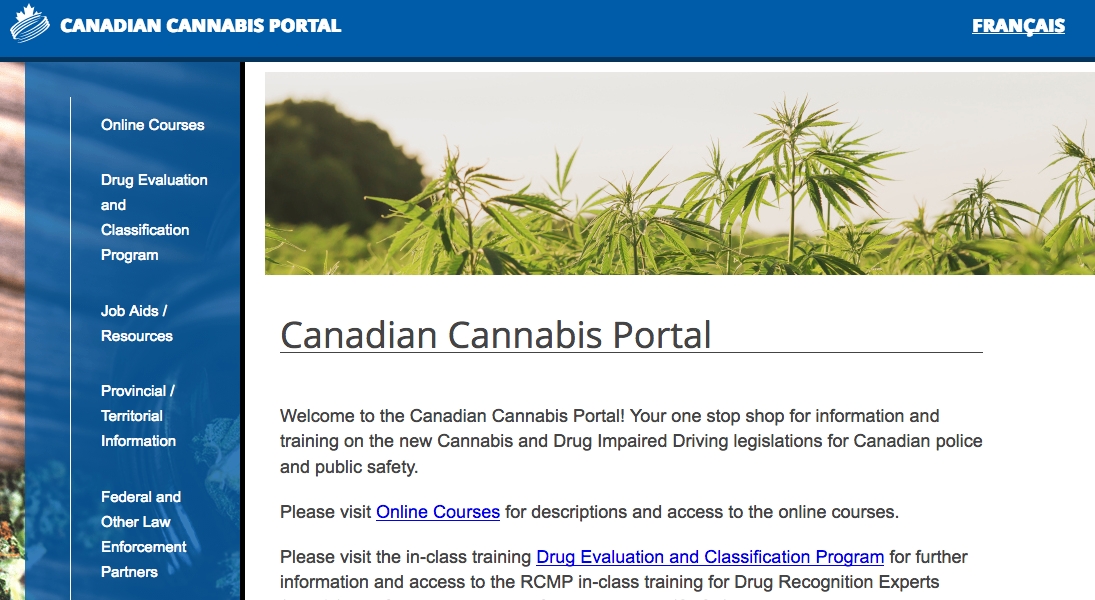 The announcement was made as part of the CACP’s 113th Annual Conference in Halifax, Nova Scotia, taking place from August 12-15, 2018.

“The CACP is proud to support this proactive initiative and would like to thank the RCMP and the CPKN for leading the development of this online training product,” said outgoing CACP president, Chief Mario Harel. “With such a significant legislative change coming in October, it was important for the Canadian law enforcement community to come together, share resources for a common goal which will benefit communities from coast to coast to coast.”

The online course, entitled Introduction to Cannabis Legislation, is now available at no cost to all Canadian police services in Canada on the CPKN portal. The goal of this training is to inform and educate police officers in Canada on how to consistently apply the new laws surrounding cannabis.

“This initiative is one more step to prepare us for the new cannabis legislation. When police agencies can work together on standardized training, we all win. Ultimately, our goal is to give all police officers the training they need to keep Canadians safe,” added RCMP Commissioner Brenda Lucki.

Upon completion of the course, police officers will be able to:

• Identify cannabis in its various forms and relate it to legal quantities
• Differentiate between the medical and non-medical cannabis regimes
• Recognize criminal offences under the Cannabis Act
• Articulate the elements and powers of arrest for each offence under the Cannabis Act
• Identify hazards as they relate to environments involving cannabis
• Understand how the new Act will impact policing in Indigenous communities on reserve
• Make appropriate linkages to other training related to drug-impaired driving
• Apply strategies to assist with critical thinking through unknown or new situations.

“This initiative could become a best practice for future legislative changes impacting policing in Canada,” said CPKN president Sandy Sweet. “Through this partnership, we were able to achieve a mass distribution of online training at a very low cost, using existing resources and infrastructure.”

The Cannabis Act will legalize, regulate and restrict access to cannabis when it comes into force on October 17, 2018. Until then, cannabis remains a controlled substance governed by the Controlled Drugs and Substances Act (CDSA), which prohibits the importation, exportation, trafficking, cultivation, production and possession of cannabis and its derivatives. Currently the only legal way to obtain cannabis is through the provisions laid out in the Access to Cannabis for Medical Purposes Regulations.