Intelligence gathering techniques by law enforcement, such as interrogation and technologically mediated surveillance, are essential for effectively deterring, detecting and responding to wrongdoings, but these techniques can be problematic (for example, imposing on legal rights to privacy or contravening expectations of human rights through invasive or overzealous practices). 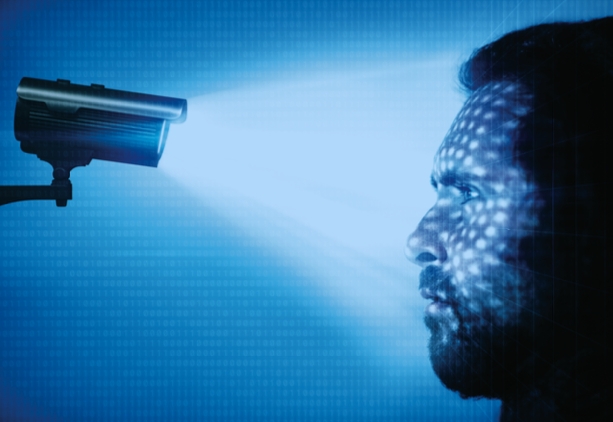 With concerns of terrorism running high globally, it is no surprise that intelligence gathering techniques are highly prioritized by law enforcement. However, it is also important that practical applications of these techniques by police be optimized through research. Here are brief reviews of three studies that draw on psychological science to better understand and manage intelligence gathering methods.

Gathering intelligence from uncooperative subjects is difficult, but unobtrusive elicitation tactics can be useful. This study evaluated the effect of training in the Scharff Technique, a rapport-based interview technique that avoids overtly appearing to collect information.1

The study evaluated the performance of Norwegian military officers either before or after they were trained in the Scharff Technique. The officers interviewed mock informants who were advised to be “semi-cooperative” (for example, hold divided loyalties between the interviewer and criminal associates). Trained interviewers were taught to present already known information upfront in a friendly manner, use disconfirming or confirming suppositions to collect information, and avoid posing questions. Untrained interviewers were instructed to use approaches of their own choice. For the test phase, all interviewers received the same case file stating that they were gathering intelligence on a possible terrorist attack, describing information already known about the attack and listing three objectives:

1.)    Increase knowledge on the planned attack,
2.)    Mask their information interests,
3.)    Make the informant willing to talk with them again.

In contrast, untrained officers tended to highlight negative consequences of withholding information, emphasize opportunities to collaborate, pressure the subject and pose many questions. Comparing the approaches revealed that Scharff trained officers conducted shorter interviews and were perceived by the interrogated subject as more knowledgeable about the case, less eager for information, and more successful in masking their information interests. Both trained and untrained officers were equally successful in gathering information on the attack and left their sources equally willing to talk with them again.

This study replicates findings from a recent study with police handlers, 2 showing that professionals rarely use Scharff tactics but that evidence suggests this training can enhance professionals’ use of unobtrusive elicitation tactics.

STUDY 2
INTERROGATIONS: How does the public feel about torture? (LaBianca & Meissner)

Results from Experiment 1 suggest that people favour accusatorial techniques over torture and direct questioning despite their inherently manipulative tactics, possibly because people are relatively familiar with accusatorial techniques.3 However, results from Experiment 2 suggest that people perceive interrogators to be more competent and approve of torture more when torture is successful.

STUDY 3
SURVEILLANCE TECHNOLOGY: How does the public feel about mass surveillance? (Saulnier & Sivasubramaniam)

This final research project focuses on intelligence gathering more broadly, exploring civilian perceptions of surveillance by law enforcement. Research about police-civilian interactions suggests that relational concerns (like whether a citizen is treated respectfully) improve people’s judgments and behaviours towards police, including perceptions of police legitimacy.4 Increased legitimacy allows police to rely on co-operation rather than coercion in enforcing the law. This study looked at whether relational concerns are also relevant to technologically mediated, intelligence-led policing. Some research suggests that “mass” law enforcement scrutiny communicates to citizens that they are primarily objects of police suspicion, thus undermining public perceptions of trust and police legitimacy;5 however, a more thorough understanding of these reactions is needed.

In this study, 286 Australian participants read a story about a traveller at an airport who is directed, without explanation, to additional screening, where their belongings are searched but nothing illegal is found. Participants read one of four story versions, which were created by varying two factors of interest. One factor was the “source” who directed the traveller to additional screening: this was described as either a customs agent (personal) or an automated kiosk (technological). The other factor was the description of the traveller: the person was described as either a racial minority (out-group) or a non-minority (in-group). After reading the story, participants answered questions about the interaction.

Overall, technological encounters were evaluated more positively — more trusted and acceptable — than personal encounters. One possible explanation for this finding is that familiarity with a technology (such as airport scanners) prompts greater comfort with it. Police utilization of surveillant technology that is less familiar than a scanner (e.g., body-worn cameras, drones, Shot Spotter) might not be as trusted by citizens. As such, it is important for police to familiarize citizens with novel law enforcement technologies through campaigns that convey a willingness to be transparent regarding their functions, purposes and data retention practices.

A second finding was that encounters with in-group members were evaluated more positively than encounters with out-group members. In-group membership may prompt less critical evaluations of surveillance because shared social identity encourages co-operative behaviour. If so, officers may have to dedicate extra care to familiarizing “out-group” members (e.g., racial minorities) with new surveillant technologies.

Study reflections (Slobogin)
The study on the Scharff Technique invites comparisons to the widely used “Reid Interrogation Technique” that involves bluffing about evidence, rationalizations (for example, telling the suspect, “The victim was a bad guy…” or, “You’ll feel better if you confess…”) and pretending to be sympathetic to the suspect’s plight. If research could show the Scharff Technique, along with other non-accusatorial alternatives, are just as effective as the Reid technique in obtaining admissions, more controversial interrogation practices might be worth abandoning.

However, Oleszkiewicz et al.’s study does not allow for a direct comparison of the two techniques, because the untrained professionals relied on direct questions rather than Reid tactics. At the same time, the study’s positive findings about the Scharff Technique are not necessarily applicable to the typical interrogation context. While the Scharff group elicited more information than the control group, the control group garnered just as much information about the attack. Further, it is not clear from this study how well the technique would work if the target is entirely uncooperative, which may be the case in the typical suspect interrogation.

LaBianca and Meissner’s research raises similar comparative questions. One of their findings is that the accusatorial approach, which is essentially the Reid approach, was viewed as “more competent” than either torture or direct questioning. Accusatorial questioning was also seen as the “least disposition-driven and most situationally-constrained.” Those findings indicate the public is quite willing to support Reid-based techniques despite the risks they are known to pose.

Saulnier and Sivasubramaniam’s research moves from the interrogation context to examine whether technologically-aided surveillance undermines government-citizen trust. The findings suggest that such surveillance, at least of the mundane type studied, is more relationally positive than person-based surveillance. This result is not entirely surprising. Consider which citizens might see as more oppressive: a CCTV camera or a cop on every corner? Consider more specifically the finding that an airport scanner was viewed more positively than human “scanners.” That result might stem from the fact that machine scanners operate in a neutral fashion that humans find hard to replicate. If scanners are perceived as doing a better job of scanning everyone objectively in the same way, such technological forms of surveillance could well enhance respect for law enforcement.

In sum, Oleszkiewicz et al.’s and LaBianca and Meissner’s findings demonstrate that different interrogation practices generate different sentiments in targeted subjects and members of the general public, but further research is required to advance understandings of the relative effectiveness of various interrogation tactics.

Saulnier and Sivasubramaniam’s findings raise important issues about the increasing prevalence of surveillance in society more broadly, in particular, public perceptions of technologically mediated surveillance in combination with racial minority status. Understanding the broader consequences of interrogation and surveillance is crucial to the generation of socially responsible intelligence gathering techniques.

Related
Monitoring hate speech as a law enforcement tool
Linear assault: Patrol officers need to stay ahead of threats in transit environments
When media releases and tweets don’t do the trick
Breadcrumbs & attribution — Mapping out the training gap in digital investigations