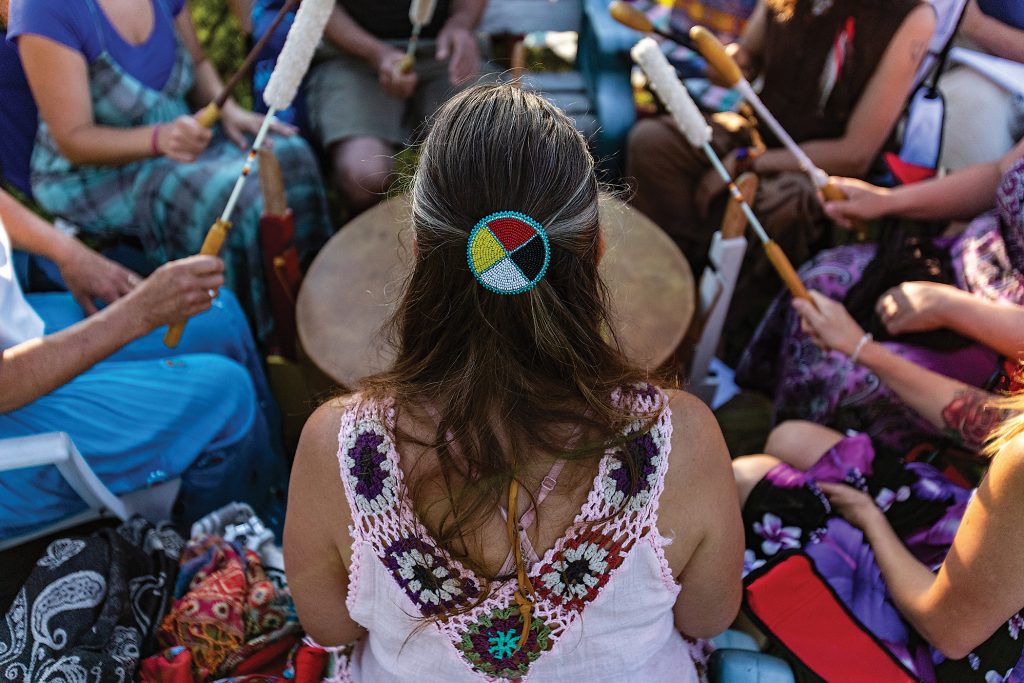 Indigenous people are overrepresented both as victims of crime and within the incarcerated population in Canada. It can, therefore, be assumed that Indigenous people represent a disproportionate number of police-citizen interactions in Canada—including in investigative interviews. Although the extent to which current interview practices may contribute to the overrepresentation problem is not known, research sheds light on the need to pay more attention to cross-cultural interviewing, specifically among Indigenous communities.

Within the process of reconciliation with Indigenous peoples, Indigenous policing has become an important component of the departmental priorities of Public Safety Canada and the RCMP over the past few years. This new concept refers to an institutional transformation and a change in the Canadian policing perspective, based on the recognition of rights, respect, cooperation, partnership and reconciliation.

In this context, Canadian police departments, specifically the RCMP, aim to develop practical and culturally-responsive policing services for Indigenous communities. Police interview practices should not be an exception. One of the 231 “Calls for Justice” within the National Inquiry into Missing and Murdered Indigenous Women and Girls urged Canadian police departments to develop investigative tools, including specialized and trauma-informed questioning techniques for Indigenous people.

In a recent study conducted by Kate Chenier and colleagues from the Centre of Forensic Interviewing, the interview practices of 37 Canadian police officers working in a predominantly Indigenous region in northern Canada were examined through surveys with the officers and analysis of their victim and witness interviews. One key finding was that the officers reported that cultural differences impacted their interviewing performance. Police reported only ‘sometimes’ (50 per cent) or ‘rarely’ (21 per cent) successfully eliciting a full account from interviewees. Half of the officers attributed their difficulties in obtaining the full accounts of victims and witnesses to the problems with language barriers and communication. One-third of the officers also believed this relative failure was due to general mistrust of the police resulting from past negative experiences and racism associated with police-Indigenous interactions.

The key to success in cross-cultural interviewing is understanding how cultural norms and perceptions influence the interview process. The fact that Indigenous cultures are relational and collective rather than individualistic has important implications in terms of the dynamics of the interview room. Chenier and colleagues discussed two specific impacts of collectivist cultures on the interviewing practices: (1) Communication differences and (2) Memory/ attention differences. For example, collectivist cultures differ from individualistic cultures in how important they deem community life, unity among community members and selflessness. These differences can directly affect the way the interviewee discloses information about other people and events. For instance, a person from a collectivist community might be more likely to falsely confess to a crime in an effort to protect another community member. Thus, the interviewer should handle the self-incriminating accounts with more caution.

“The key to success in cross-cultural interviewing is understanding how cultural norms and perceptions influence the interview process.”

Another important aspect of collectivist culture is the tendency to communicate in more indirect or non-verbal ways. Misinterpretation of these cues might lead the interviewer to reach wrong conclusions (e.g., admission of guilt, being uncooperative) when probing into the account of the interviewee.

Cultural differences might also affect how individuals from collectivist cultures memorize and pay attention to the details of criminal events. Namely, they might be more likely to focus on the general descriptions of routines and social activities rather than the personal details. Therefore, to elicit a more complete account, interviewers need to seek for additional information from interviewees from collective cultures by using memory enhancement techniques like the Cognitive Interview.

In terms of overcoming the challenges caused by cultural differences, two common strategies mentioned by the officers Chenier and colleagues surveyed were (1) increased engagement with the Indigenous culture and community
outside of the interview room and (2) keeping an open-mind during interviews. Other recommended strategies for successful cross-cultural interviews include development of culturally appropriate strategies for interviewing Indigenous interviewees, rebuilding the broken trust in police among Indigenous communities, training the police in cross-cultural interviewing and rapport building techniques, and keeping cultural factors in mind during interviews while maintaining a non-biased approach.

Davut Akca is a research officer at the University of Saskatchewan’s Centre for Forensic Behvioural Sciences and Justice Studies. To hear more about his technique, share your expertise or find out how you can get involved, contact him at davut.akca@usask.ca.