News
Illegal guns sourced in Canada surge compared to those smuggled from U.S.

TORONTO — The number of guns obtained legally in Canada but are then sold to people who use them for criminal purposes has surged dramatically in recent years compared to firearms smuggled from the United States, Toronto police say. 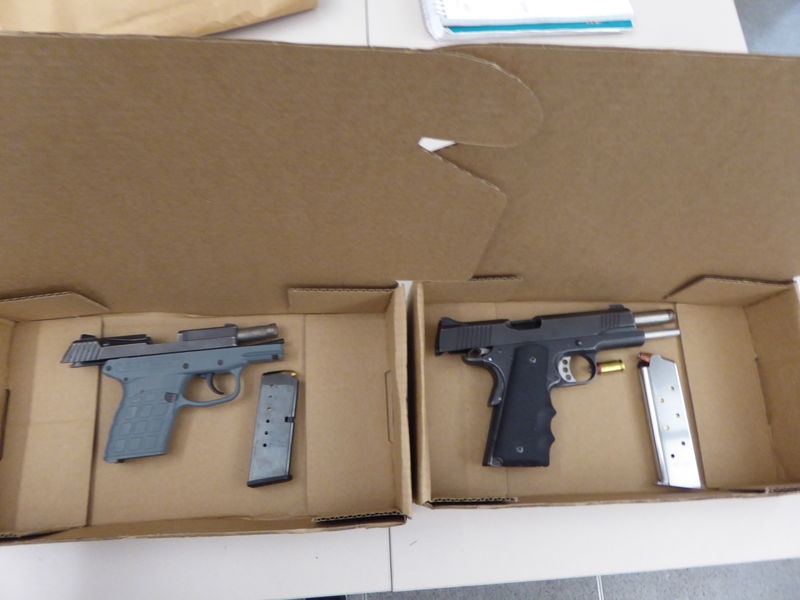 In recent years, they say, investigators have noticed a stark shift in where guns used to commit crimes are coming from.

Before 2012, about 75 per cent of the firearms were trafficked from the United States. By 2017, however, about half originated from domestic sources, putting an end to the idea that most of Canada’s illegal guns come from across the border, Det. Rob Di Danieli of the guns and gangs unit said.

The allure of a quick sell at a high profit margin is one reason legal owners might sell their guns. One man sold 47 guns and made over $100,000 in a five month period, the detective said.

“They go get their licence for the purpose of becoming a firearms trafficker,” Di Danieli said. “A lot of people are so ready to blame the big bad Americans, but we had our own little problem here.”

The comments come as Toronto reels from a Sunday night handgun attack on a busy east-end street that left three people, including the gunman, dead and another 13 injured. The parents of the gunman, 29-year-old Faisal Hussain, said he struggled with psychosis and depression his entire life.

Overall, understanding the source of guns used criminally has also taken on a new urgency in light of the city’s 220 shootings this year and 27 deaths as of July 9.

Mayor John Tory said domestic trafficking must be addressed in light of what he called the city’s “gun problem.”

“You’ve heard me ask the question of why anybody would need to buy 10 or 20 guns, which they can lawfully do under the present laws,” Tory said on Monday. “Why does anyone in this city need to have a gun at all?”

Two weeks ago, Tory urged measures to allow better tracking of firearms in a way that is “not unduly intrusive.” Toronto police Chief Mark Saunders said recently it would be helpful if information could be shared between levels of government about suspicious purchases.

Earlier this year, the federal government introduced Bill C-71 aimed at tightening controls on handguns. Under the legislation, businesses would have to maintain inventory and transfer records for non-restricted firearms, allowing police to better trace firearms, a spokesman for Public Safety Canada said in a statement.

Jooyoung Lee, an associate professor at the University of Toronto who specializes in examining gun violence, said findings from recent years show many guns used to commit crimes in Canada have originated within the country. If civilians are able to buy firearms legally, there is always the possibility they will enter an illegal market, Lee said.

“Any time you have a legal market for civilians to own concealable firearms … there is always a possibility that those kinds of firearms purchased legally can flow into the hands of people who want to use them to commit carnage,” he said.

Although it is still unknown how the man behind Sunday’s mass shooting obtained the gun, Lee added that Bill C-71 would allow for more detailed background checks that would go further back into people’s history.

“A person who has a long history of mental health issues, including psychosis and depression, should not have access to firearms,” he said of Hussain. “I think that’s something that people on the left and people on the right agree upon.”

Domenic Saverino, owner of Al Flaherty’s Outdoor Store in Toronto, said his shop is instructed to notify police if they feel uncomfortable about a gun purchase and have done so numerous times.