Features Q&A
“I really had to start at the beginning:” Helen Escott, RCMP communications

Helen C. Escott is a retired civilian member of the RCMP in Newfoundland and Labrador and the author of two crime thrillers. She served as the communications lead on many high-profile events, including 9/11. She shared more of that experience on a past episode of Blue Line, The Podcast. We bring you clips from that conversation here. 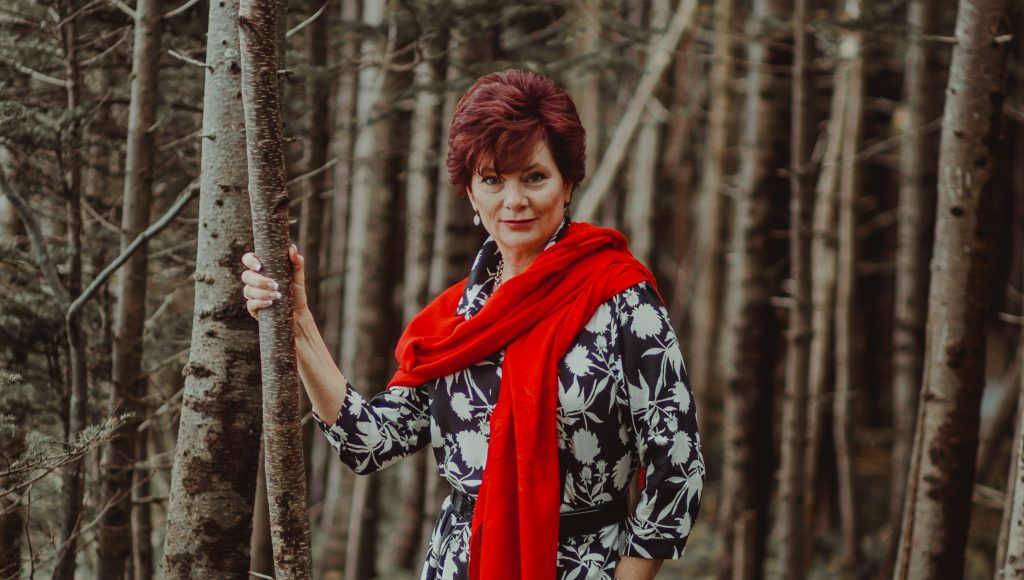 Q: Congratulations on the recent publication of your second book, Operation Vanished. You said this book was an opportunity to rely on your years of rich experience as a civilian member of the RCMP. How did you channel that?

I worked with a lot of great police officers and there’s a character in my book, Cpl. Gail McNaughton, who is named after two RCMP officers: Staff Sgt. Gail Courtney and Insp. Chris McNaughton. Gail is retired now and she was in the first female class for the RCMP. She was also one of the first Newfoundland women to join and Chris was just such an amazing investigator. I worked with them for years — Gail actually hired me and Chris mentored me. They both changed the direction of my life dramatically. This book is my way of honouring them and women like them.

Q: What kind of challenges did you have to tackle as a trailblazer in communications?

At that time, the RCMP had gone through a brutal program review where they almost lost the contract for policing in Newfoundland and Labrador. One of the things that came out of that review was the community said they didn’t know what the RCMP did from day to day — there were a lot of “no comments” when the media came around. There was also not a lot of communications between management and the frontline or even among the districts themselves.

I really had to start at the beginning. I had to build the foundation and pry open those lines of communications, which I did through internal newsletters… I created a media relations course and set out to train as many members as I could. It was also the beginning of social media at that time, so I had to drag the RCMP kicking and screaming into the early days of creating a website, keeping it updated, and using Facebook and Twitter. I have to say I did have the support of management for everything I did. At times I’m sure they thought I was a little crazy but eventually they came around to my way of thinking and saw the benefits.

Q: What is your most memorable moment on the job?

There are so many! There were really funny times and then there were really dramatic times, but I think it would have to be 9/11. It was first time I’d ever heard the word “terrorist” being used and it really frightened me. It was also the first time that as a communications expert, I really questioned if I should be doing this job.

People didn’t know what this was; we didn’t know if it was this the beginning of World War III… Then there was the attack on the Pentagon and we didn’t know when the next plane was coming. The public was panicking. Crisis is what the RCMP does really well; it’s the everyday stuff we kind of stumble at. So, everybody knew what their job was and was willing to do it. You train for it all your life; you just hope you never have to do it…

When I look back at it, I’ve never seen anything like it… you have to imagine all of a sudden 17,000 international passengers have landed here in the province… It was like drinking water from a fire hose.

Q: Where can we improve communications in today’s policing landscape?

There is a real fear that “if I say the wrong thing, I can sink an investigation,” — and that has happened. Officers need to know what they can tell the media while still maintaining the integrity of an investigation. People need to know this not when they’re 20 years into their career; they need it at Depot at the very beginning… They need media training grounds where they can learn, do interviews, and make mistakes. We also need to stop apologizing for things that are not our fault. We need to defend ourselves against the critics. And I don’t mean every Internet bully on Twitter… I mean calling out the people in power who are more interested in getting media likes than defending first responders.

Q: What is your top tip to officers and civilian members alike working in media relations departments?

Listen to the full conversation on Blue Line, The Podcast at bit.ly/2ZWlLoZ or wherever you listen to your podcasts under Annex Business Media: Podcasts.