I was reviewing the details of a training program about interactions with people with mental illnesses recently, and I noted that the prescribed course devoted a whole lot of time to addressing people’s attitudes toward mental illness. 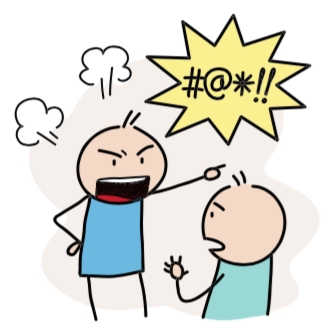 There is no doubt that many of us hold pretty negative and stigmatizing attitudes about mental illness. In this instance, the curriculum examined whether the participants held essentially negative attitudes, believing that people with mental illnesses were weak, bad, and, even, dangerous? Or did they see them as sick, powerless, and in need of protection? Maybe a few participants might even feel that people with mental illnesses were really no different from the rest of us, but were just having a “bad moment.” Needless to say, there is a full range of possible attitudes. Attitudes are interesting, and somewhat telling. But while changing attitudes is a good thing, it is not sufficient — not by a long shot.

“But,” you say, “attitudes drive behaviour! We must change attitudes in order to change behaviour!”

Actually, no. Attitudes may influence behaviour, but to a large extent, the relationship works the other way around. It turns out that attitudes don’t predict behaviour as much as we like to think. Consider a study done in the U.S. in the 1930s. A college professor was driving across the U.S. with a Chinese couple. Back in that era, many people discriminated against Chinese people. The professor was worried about finding accommodation each night, and worried they might be turned away from hotels. But they stayed at many hotels during their trip across the country and were only once turned away.

After the trip, the professor decided to do a survey. He sent a questionnaire to each hotel and asked, “Would you allow a Chinese person to stay at your hotel?” Virtually everyone said ‘no.’ Clearly, there was a major disconnect between the expressed attitudes of the hotel operators and their actual behaviour. Why?

There are several possibilities. It may have been that the question asked (and therefore the attitude expressed) was not specific enough. Maybe the hotel would not have let a single Chinese person, who turned up on the doorstep, stay, but they were okay with a couple who appeared well-dressed, well-educated and were travelling with a white college professor. Maybe the person at the desk really wanted to turn the Chinese couple away but was afraid they’d get in trouble. Maybe the hotel was so desperate for business and needed the money so badly that they comprised their own beliefs or attitudes and let them stay. Who knows?

There are some situations in which attitudes predict behaviour fairly well. If you have a positive attitude toward a particular politician or political party, you are fairly likely to vote for them. Other attitudes are not so predictive. You might feel very strongly that eating right and exercising regularly are very important but still find yourself sitting in front of a screen eating a bag of Cheetos.

We also know that in some people, attitude is a much stronger predictor than in other people. Research suggests, for example, that younger people (e.g., students) show less consistency between attitudes and behaviour than older people. It may be that younger people have not had as much time to develop enduring attitudes so they are less wedded  to them.

Behaviour also tends to be strongly influenced by practicality and the immediate circumstances. You might feel it is very important to donate blood, but if you live far from a donation site and are afraid of needles, it is not terribly likely that you will take the time to give blood.

But here is the interesting part about that last example. The likelihood is that if you consistently do not give blood, your attitude about giving blood is going to change. Basically, your choice is to believe one of these two options: 1) You are a wimp and an irresponsible person because you do not give blood; or 2) Giving blood is really not all that important.

Most of us will enter through door number two. Why? Because we like consistency. People really want to be consistent and they want their attitudes and behaviours to match. Consider this study that was done with kids:

A group of little kids are shown a number of different toys and asked with which one they’d most like to play with. Whichever toy they pick, they are then told they will be in big trouble if they play with that toy, but they can play with any of the other toys. These seem to be well-behaved kids because they do not play with the banned toy. After a short time, they are asked again to pick the most desirable toy. No one picks the original “best” toy. They all pick the toy they actually played with: “If I played with that toy and enjoyed it then it must be the most desirable toy; my beliefs are now consistent with my behaviour.”

This takes me back to mental illness training. What does all this theory about attitudes tell us? Well, on the one hand, it tells us that talking about something as broad and nebulous as mental illness is probably not very helpful. I suspect most of us have very different attitudes about social anxiety as opposed to PTSD as opposed to schizophrenia. We likely behave very differently when confronted with a 78-year-old woman who has become unable to leave her house and calls 911 for help and reassurance many times a day, as opposed to a disheveled 25-year-old man with active hallucinations who calls 911 repeatedly to report that the aliens have arrived.  So perhaps the first step is to realize that talking about mental illness is probably no more helpful than talking about physical illness.

Only once we have sorted out what we are talking about, can we begin to work on the consistency between our behaviour and our attitudes. If we learn and practice a set of behaviours that direct us to reassure and calm down the man with the hallucinations, then my guess is that your attitude toward people with hallucinations is going to change.

But if you always act like the man with the hallucinations is bound to be dangerous, if you are trained and practice hauling out your weapons and handcuffs “just in case,” then you are likely to retain or even develop the attitude that such people are dangerous. I mean after all, if you did not think that, then why did you behave the way you did?

It turns out that people are pretty predictable. There was a study that asked a group of people to look at some comic strips. One group was told to nod their heads up and down as they read them; the other group was told to shake their head sideways (like they were saying “no”) as they read them. Afterwards, the participants were asked to rate how funny they thought the cartoons were. The nodding group rated then as funnier than the shaking group.  It’s all about consistency.

Mind you, I am left wondering about the inconsistency between the behaviour and the attitudes of the hotel staff who gave rooms to the Chinese people in the 1930s. My guess is that if it were pointed out to them that their behaviour was not consistent with their attitudes, then they just might answer the “attitude” question a little differently next time it was asked. On the other hand, they might have changed their behaviour and turned away the next Chinese people who were looking for a room. We’ll never know.

Related
Fear mongering and behaviour change (or lack of)
A hotbed of original thought: making the time to be distracted and/or relaxed
Challenging social norms, rethinking mental illness
Against the grain: Why are you only hearing what you want to?