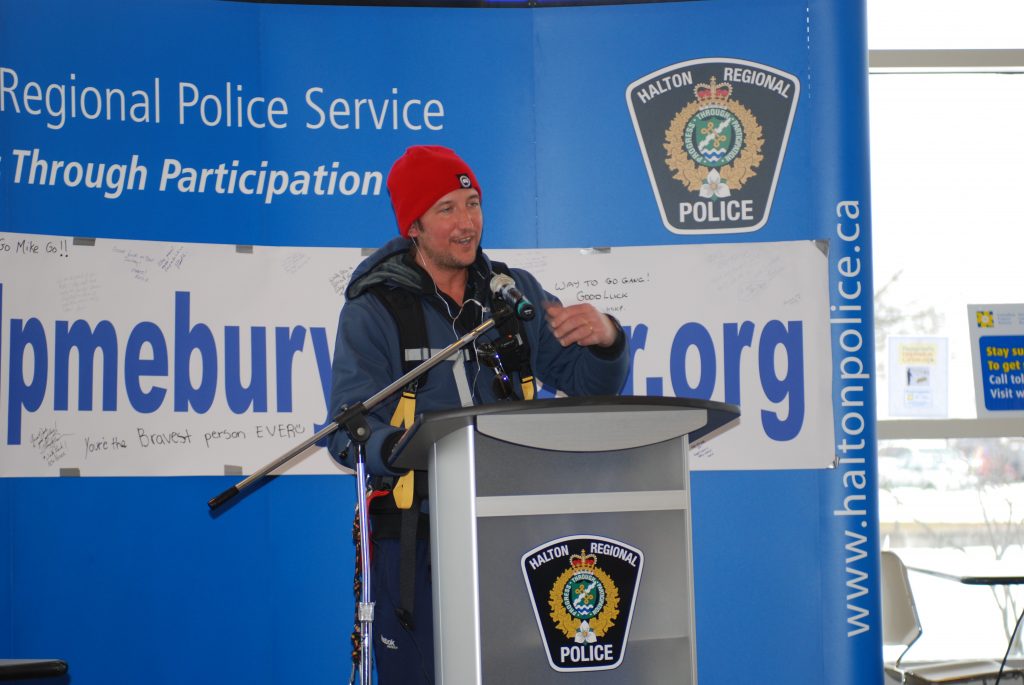 Mike Duhacek is the newly appointed Canadian ambassador for Cops for Cancer and he has also just written a book, One Foot in Front of the Other: The Journey of a Million Steps.

In February 2013, one Halton Regional Police Service civilian member took a journey of approximately a million steps across Ontario, from Windsor to Ottawa, pulling a 125-pound sled with the word “cancer” on it, to raise awareness and funds for the Canadian Cancer Society.

When Mike Duhacek lost both of his grandparents to cancer and watched his mother then become diagnosed with a rare cancer, undergoing a gruelling three-year battle, he says he knew it was time to act — the “helpmeburycancer” initiative was born.

Duhacek, who is the newly appointed Canadian ambassador for Cops for Cancer, has now written a book about his journey, One Foot in Front of the Other: The Journey of a Million Steps. It is filled with the kindness of strangers he met along the way, stories people shared with him, as well as more than 30 photographs. It is a story of the physical and mental struggle Duhacek endured, of family love and one man’s perseverance to make a difference.

Duhacek says he’s convinced the reason his mission resonates with so many people is due to the fact nearly one in two Canadians will be diagnosed with cancer in their lifetime, according to the Canadian Cancer Statistics 2019.

Duhacek, who raised over $43,000 for the Canadian Cancer Society with his walk, was awarded a sovereign’s and a diamond jubilee medal for his efforts.

Visit www.helpmeburycancer.com for more information on his book.

A portion of all proceeds from this book will be donated to the Canadian Cancer Society. 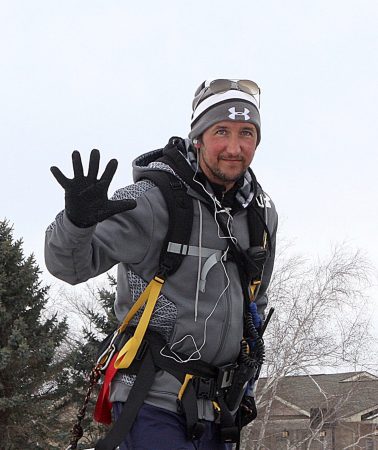 Mike Duhacek of Milton walks along County Rd. 2, west of Odessa, Ont. As he walks he’s pulling a 56-kilogram sled from Windsor to Ottawa to raise money to battle cancer. Photo: Ian MacAlpine, The Whig-Standard