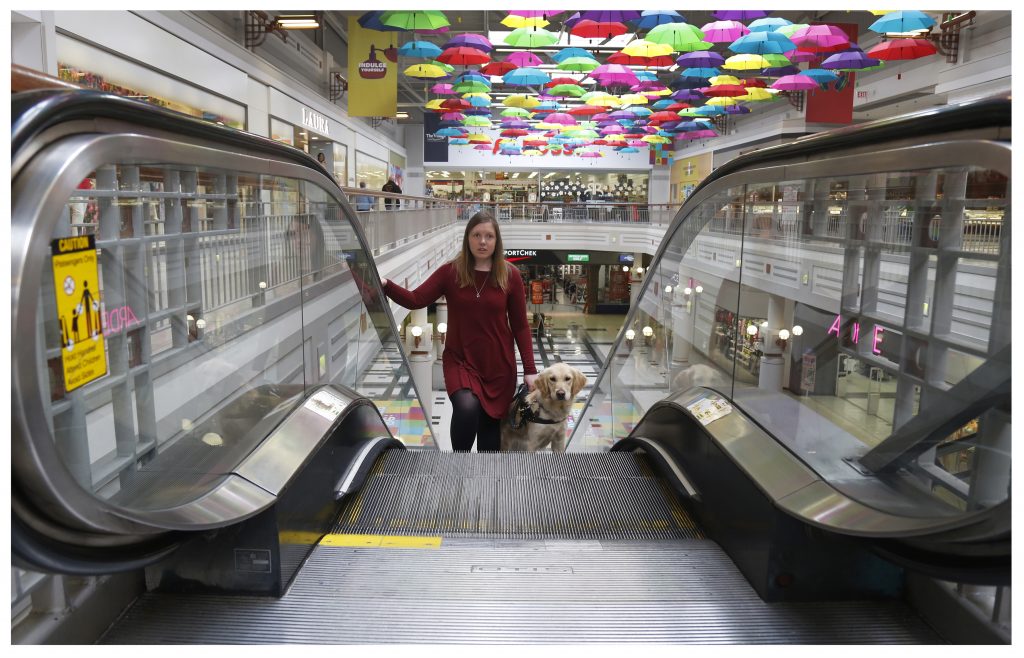 Sept. 30, 2021 – Although it is illegal to deny access or refuse service to a person because they are accompanied by a guide dog, guide dog partnerships are denied access every day to public spaces like taxis, restaurants, hotels or stores. Every time it happens, these businesses are breaking the law. So, why does it still happen?

Like so many other forms of discrimination, this continues to happen due to ignorance and a lack of awareness. In many cases, businesses don’t realize they’re breaking the law by denying access or refusing service to someone because they are accompanied by a guide dog. In some cases, police officers don’t know it’s within their jurisdiction to respond to these situations.

In all of Canada’s provinces and territories, Human Rights Legislation prohibits discriminating against a person with a disability who is working with a service animal. Discrimination includes denial of access to any premises to which the public would normally have access.

However, in five provinces – British Columbia, Alberta, Ontario, Nova Scotia and Newfoundland & Labrador – police have the authority to investigate and, upon conviction, lay fines up to $5,000 for denying access to a person because they are accompanied by a guide dog. Legislation includes: The Guide Dog and Service Dog Act in British Columbia, The Blind Persons’ Rights Act in Alberta, Ontario and Nova Scotia, and The Service Animal Act in Newfoundland & Labrador.

“I’ve had guide dogs since 1978, back when it was more common to experience discrimination, but it surprises me that it continues today,” says Peter Field, a guide dog handler in Vancouver. “Not only was I was recently refused three times in four days by Uber, but while looking for a new place to live I received a lot of push back from one particular mobile park owner who didn’t want me living there because I have a guide dog. I believe it’s important for the police to be actively involved in these situations and uphold the laws that protect guide dog handlers.”

A business owner only has the right to ask a guide dog handler to leave if the dog’s behaviour is inappropriate, which generally means it is not under the handler’s control – such as barking after being told not to or continuously jumping. Considering guide dogs are among the most highly trained of all service dogs, these are extremely rare occurrences.

“For Canadians with sight loss who travel with a guide dog, access issues continue to be a huge barrier,” says Victoria Nolan, head of stakeholder relations & community engagement with CNIB Guide Dogs. “It is important for police to know that all services and facilities, including those that are privately owned, do not have the right to deny access to someone because they are accompanied by a guide dog.”

For more information about the rights of guide dog handlers and the legislation that protects them, visit guidedogchampions.ca or contact CNIB Guide Dogs at 1-800-563-2642 or guidedogs@cnib.ca.