Back in 1989 when Blue Line was first published, technology in law enforcement was a fairly primitive affair, and much of the daily work centred around paper —  lots of it. Most patrol officers carried a briefcase filled with numerous five- or six-part reports, which used thin carbon-paper inserts to transfer the hand-written word through to the parts below. 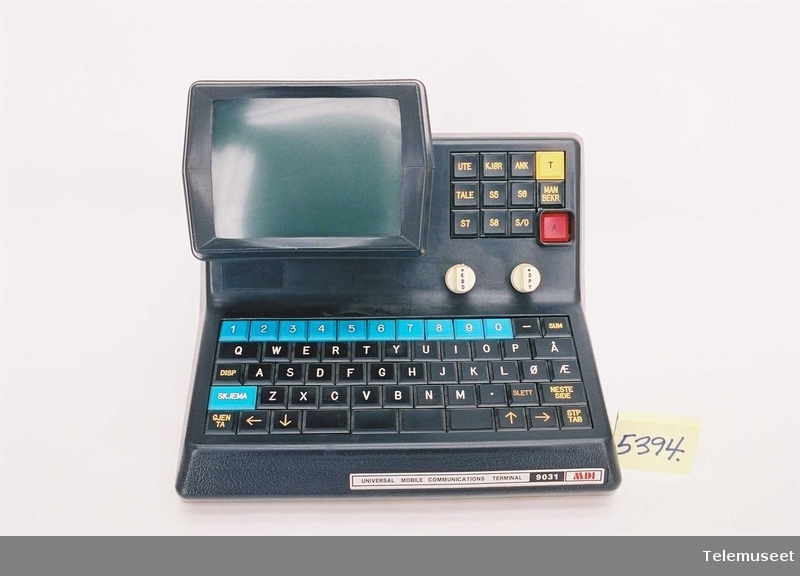 More important reports — and paperwork for court — had to be done at the station, using mechanical typewriters, usually using similar five or six-part forms. Liquid-paper was a common item on everyone’s desk, to make small corrections when the inevitable typos occurred.

Computers
At larger agencies, civilian personnel codified some of the core data from all these reports onto mainframe computer systems. The data was securely stored in those systems, but officers had to call the civilian staff to search the systems for them. Additionally, many reports sat for weeks in the data-processing in-tray while personnel worked through the perpetual data-entry backlog, causing a variety of problems.

A few desktop computers had also arrived at this point, but their use was largely limited to word processing and spreadsheets for the administrative side of the operation. Email (or e-mail as it was first typed) was still a few years away, but fortunately CPIC (Canadian Police Information Centre) had already been on the scene since 1972.

Self-serve data
The late 1980s also finally saw the arrival of the first mobile data terminals (MDTs), which were just simple devices capable of sending and receiving small amounts of text-based data, displayed on tiny six-inch monochrome screens. Most importantly though, MDTs were the beginning of self-serve data access for patrol officers.
They were replaced in the early 1990s by real computers, typically the Panasonic ToughBook, which offered the ability to do direct data entry, and was the platform for many future technologies.

The early 1990s also saw the mainstream availability of cellular phones, initially offering only mobile telephony, but further freeing mobile personnel from their traditional bricks-and-mortar offices. Some agencies also seized the opportunity to deploy BlackBerry smartphones, which provided rudimentary data access to officers in the field.

Internet?
When Blue Line launched in 1989, the public internet was still a few years off, so when I started writing for them in 1991, with my first personal computer (using a single-core 16MHz processor, one-megabyte RAM, a 40-megabyte hard-drive and running MS-DOS 3.1), I had to print my articles on a nine-pin dot matrix printer and use the fax machine at work to submit them.

At the Blue Line office, the faxes were printed, scanned and run through Optical Character Recognition software so they could be edited and electronic layout for the magazine could be completed.

Video
In the early 1990s, some agencies began experimenting with in-car video, which typically consisted of a VHS tape-based recorder in the trunk, and a single dashboard mounted analogue video camera. Decent in-car video would have to wait another 15 years or so until it could be considered an adequate technology.

In-car video now consists of a simple-to-use compact system that records digital audio and video from several sources simultaneously, storing it all on tiny solid-state memory cards. Wireless microphones for the officers also record interactions with the public outside the car, offering excellent documentation of their actions.
In the last few years, many larger police services have also begun deploying body-worn digital cameras. The deployment of both is largely the result of demands for more police accountability, and in most cases have exonerated officers of any wrongdoing during some tough situations.

However, all this video generates massive quantities of data, which requires secure storage and efficient systems to catalogue and retrieve it, and often millions of dollars annually to acquire the hardware and maintain the systems.

Car 54
Patrol cars back in 1989 were often just civilian models with heavy-duty everything, being “equipped” with vinyl bench seats, no prisoner cage, one red light on the roof, a siren and a police radio and no air-conditioning.

Thankfully all that began a rapid transition in the early 1990s, to where we are today, where the typical police vehicle is specially engineered by the vehicle manufacturers both to endure the rigors of law enforcement work, and to support all the specialty electronics installed in them. They are reasonably comfortable and thankfully have all the usual modern conveniences and safety technologies. Complete police-technology packages installed in many of these vehicles now often exceed the value of the vehicle itself.

Ink & paper
Identification of criminals still relied on ink and paper, and print film in 1989. Thankfully both these technologies moved into the digital age starting in the mid-1990s with the advent of electronic fingerprint terminals, and later digital still and video cameras. In 1997, I reviewed an early digital still camera: the $1,399 1.2-megapixel Kodak DC120, which featured a 3x optical zoom lens — specs that are exceeded now many times over by even the cheapest cellular phone.

Power
For the past few years, the raw data processing power of current generation computers allows for all sorts of additional technologies, including facial and image recognition software and video analytics, where computer systems can automatically analyze video and still-images for a variety of objects and even behaviours. Electronic image analysis is proving to be extremely valuable in a variety of investigations.

The future
The next 30 years will continue to see the growth of technologies in policing, enhancing and, in some cases, supplanting the role of police officers.

The widespread adoption and implementation of machine learning (artificial intelligence, or “AI”) in many devices will affect society in many ways I don’t think anyone is close to understanding yet.

The humble paper memo-book on the other-hand… that will still be around for many years to come.

Tom Rataj is a retired police officer and the former technology editor for Blue Line for more than 25 years. He can be reached at trataj@rogers.com
Print this page