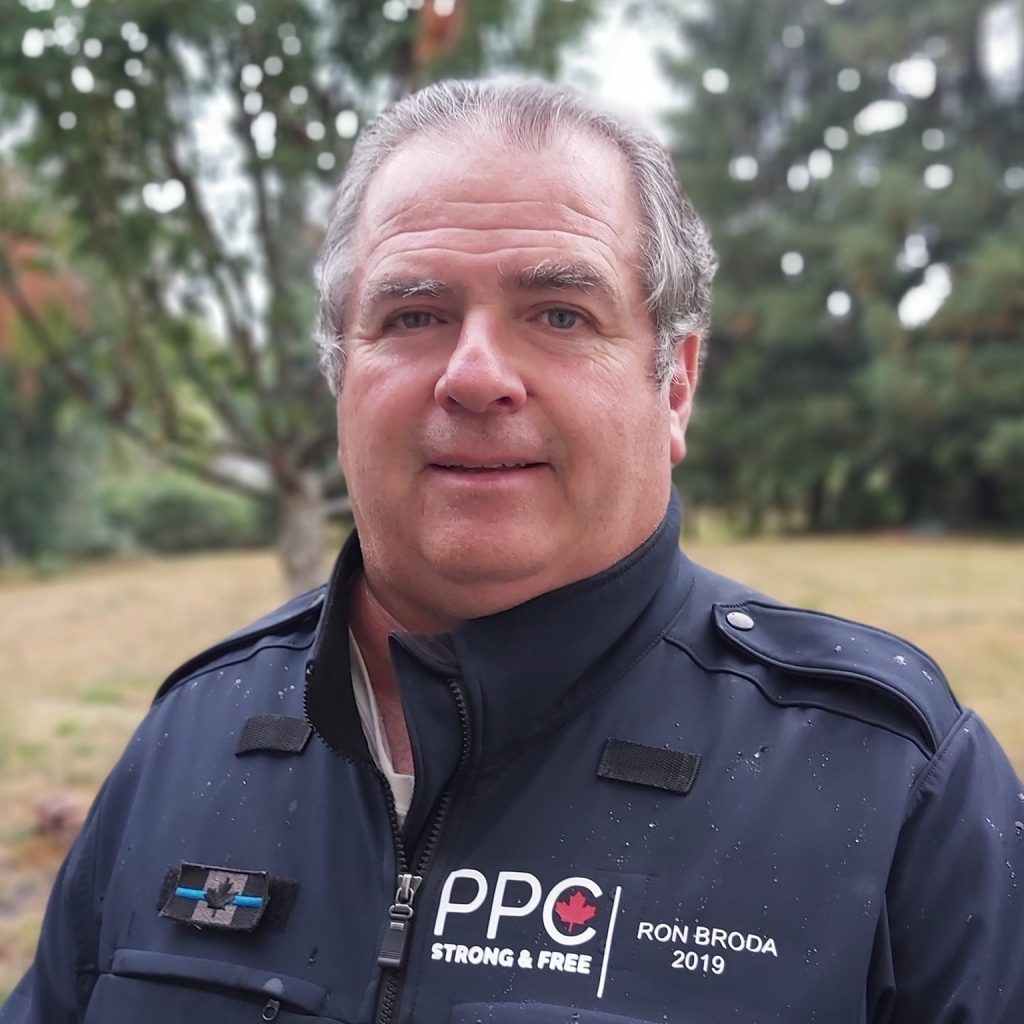 A former police officer has put his name in the hat in a British Columbia riding for Canada’s federal election next month.

Ron Broda is the People’s Party of Canada candidate for Saanich Gulf Islands. In his announcement to run on his Facebook page, he says he “decided to run in this year’s federal election simply because I cannot vote for the other options available.” Broda explained, “‘None of the above’ simply isn’t an option for me,” so he decided to offer other voters who, like him, don’t like the other choices, a “viable alternative.”

Starting an Electoral District Association (EDA) and running as the candidate for a brand new party has been “exciting, challenging and a little overwhelming,” he added.

Broda spent 35 years  in law enforcement, serving 14 of those with the Vancouver Police Department followed by another 14 with the Saanich Police Department, and finally seven years with the Canada Border Services Agency.

Six years ago, Broda survived a serious motorcycle crash that cost him his left leg below the knee, according to his campaign website. Since then he has been a volunteer amputee peer visitor.