Features
Flight plan: the role of drones in security

John Slater, CEO of Commissionaires Northern Alberta, says, if he could, he’d have an unmanned aerial vehicle (UAV), or drone, in the back of each of his patrol trucks in the future. 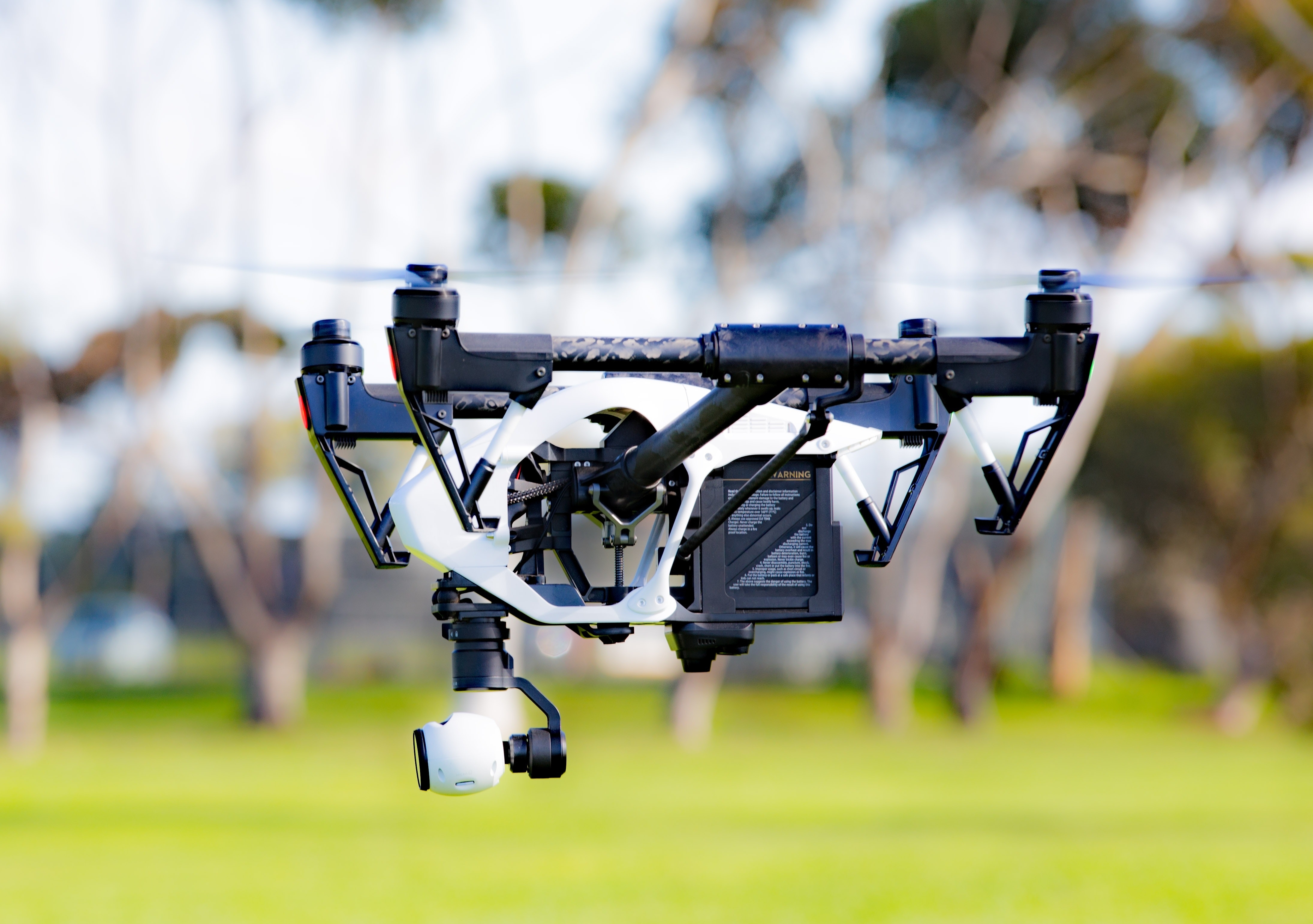 “The clients have been more than happy,” Slater says of those who’ve enlisted Commissionaires’ drone help in Alberta. “We’re told it’s cheaper than flying a manned aircraft or helicopter and the visual record is much better,” he adds, speaking specifically about companies who have used the technology for pipeline surveillance.

Slater’s enthusiasm is hardly an isolated account. During the summer of 2016, The Freedonia Group released research stating the demand for UAVs in the U.S. is projected to rise 10 per cent annually to US$4.4 billion in 2020, and the number of vehicles sold will more than double to 5.5 million.

But is the use of drones, especially for security purposes, here in Canada gaining ground?

“I definitely see [drones] gaining traction,” says David Cooke, founder and chief pilot at Canda, which provides drone video and photos services, based in Sarnia, Ont. “So much can be done with a small device of 750 grams. A 10-year-old can operate these things.”

“Some of [Lyndon’s] customers are industrial organizations where we can go and fly the perimeter fencing in an hour, which would take two people in an ATV several,” he notes.

Cooke says Lyndon has also recently been in touch with the Sarnia Solar Farm, and hopes to use a drone for surveillance on location there in the near future.

“From there, we could even use drones for operations and maintenance throughout the solar farm,” adds Cooke, who also holds the Special Flight Operations Certificate from Transport Canada.

“Lyndon is really being progressive about the technology and I think they’re ahead of the curve in realizing they don’t need to be qualified themselves to run these machines. They can hire people and resources who are certified by Transport Canada on a part-time or as-needed basis, rather than invest an entire arm of their security company.”

While Lyndon is Cooke’s only active security-specific client at the moment, he says the interest is there, citing a recent incident when he was filming the Port Franks Wetlands for a wildlife conservation authority.

“A security company dropped by and asked what we were doing and they were very interested themselves,” Cooke says. “They were asking how much [the drone] cost, what it would take to get one themselves and how to make the most of a drone.”

The RCMP says it has been making the most of drones, starting in 2010 when it began pilot testing “Remotely Piloted Aircraft Systems” (RPAS) in Saskatchewan, where they were used for crash scene investigation, traffic accident reconstruction, search and rescue, major crime investigations and emergency response team calls, according to Cpl. Annie Delisle, media relations office.

Delisle says the RCMP foresees an increase in RPAS use as the technology continues to advance as they are a “cost-effective means of obtaining airborne high-definition photographs and video without using police aircraft.”

Meanwhile, G4S notes some of its large mining and oil and gas customers in Canada have expressed an interest in using drones as part of their overall security program, according to G4S directors Rob Plume and Joe Young, and Jack Wu, CEO of Nightingale Security, G4S’s drone technology supplier.

“Drones will become increasingly more common and we expect to be consulting with our customers more and more with respect to drone technology,” according to an email sent to Canadian Security and signed by all three. The costs to outfit a large perimeter with security cameras and sensors “can cost millions of dollars — and a drone system can be deployed for a fraction of the cost.”

At the same time, interestingly, G4S says it has been called on for help with counter-measures to drones. The G4S Corporate Risk division reports it is increasingly receiving calls from government customers and large multinationals for “help understanding the drone threat from those who may use them for nefarious reasons.”

One example of this occurred on the set of the popular “Game of Thrones” TV show in Northern Ireland, which G4S secures. “Drones are being flown overhead by curious amateurs and people looking to sell plot spoilers to media and entertainment websites,” Young, Plume and Wu told us.

G4S management says it addressed the problem by informing the Civil Aviation Authority, which sets the rules for drone flying in the U.K. These include a ban on drones with cameras from going within 50 metres of people, vehicles, buildings or other structures, and requiring drones to stay clear of congested areas or large gatherings such as concerts and sports events.

Commissionaires dove into drones about three and a half years ago, according to Slater, when an industrial client outside of Edmonton acquired one to survey land in swampy, hard-to-access territory. This led to a lead Commissionaire being trained and certified as a drone pilot and the security company went on to purchase its own drone and insurance so it could operate as a legal entity.

“We’re dual-track with drones,” Slater notes. “We operate drones for companies who have one and we also do some R&D with our own.”

This research includes testing out special lighting for night flights (strobes), he elaborates.

“We haven’t quite got into that yet,” he says. “But we’re going to get into that. Even in daylight, we’re still learning how to get good pictures in certain lighting.”

Commissionaires is a federation of 15 independent companies and Slater says only the Alberta and Nova Scotia divisions own and operate UAVs.

“The Nova Scotia division has taken a different track; their business model is to operate the drone in other areas — with real estate agents and/or checking cell phone towers. They’re prepared to use the drone in a much wider fashion, in which security is just one dimension.”

For Slater, the biggest hurdle with the technology remains the regulations. In fact, he says, “we learned it all comes down to regulations.”

New rules from Transport Canada (TC) are slated to be released this June, according to Aaron McCrorie, director general of civil aviation at TC. He says this will make commercial operators’ lives “a lot easier” and that there will be no new requirements for them.

“There will be a big difference. They’ll no longer have to go through the process of getting a special flight operating certificate. If they meet our regulatory requirements, they’ll be free to operate when and how they want, as long as they’re following the rules. It’s a huge reduction in the regulatory burden for them to operate.”

McCrorie says he also anticipates “tremendous growth in the use of UAVs,” noting the buzz right now centres on operating within “visual line of sight” and “we’re seeing a huge increase in the number of people operating out there and I assume that expansion and growth would be mirrored in the security industry and as we move to beyond visual line of sight I expect that to grow even more.”

While the most significant challenge remains understanding and being aware of the rules, McCrorie says he’s “seeing UAVs being used a lot for search and rescue, and law enforcement in terms of incident response.”

G4S also notes drones could be valuable in wildlife monitoring, demonstrator and protestor monitoring, traffic and access point monitoring, and even serve as a public announcement system.

“More and more drone systems are used autonomously with different sensors in different settings to do certain actions upon detection of an event,” G4S says. “For example, a sensor tripped on a secured fence can activate a drone to sweep the area with a thermal scan and look for intruders and automatically place calls to local law enforcement and inform the concerned parties. When an intruder is detected, the drone can follow the intruder and capture all the details for further investigation.”

“Rather than just going up as we do, in some cases, and checking the front gate on an industrial site to make sure it’s locked, I’d like to be able to not only rattle the front gate but launch the drone and fly a pre-determined flight with the mobile patrol operator watching the live-feed video — so he’s not actually walking or driving the site but has real-time surveillance,” Slater says. “That could be done today.”

Slater credits Commissionaires’ evolving work with drones to its mantra for “always looking forward,” pointing to 17 years ago when the company got involved in dark screen identification and built one of the first fusion centres in Canada.

Plume, Young and Wu agree it’s about keeping pace with forward trends, noting drones are a visible deterrent, as well as a force multiplier that improve the existing capabilities of security guard programs while offering “superior mobility” and covering larger areas.

Plus, they say, a drone is “always on duty.”

This article was originally published in the May/June 2017 issue of Canadian Security magazine.