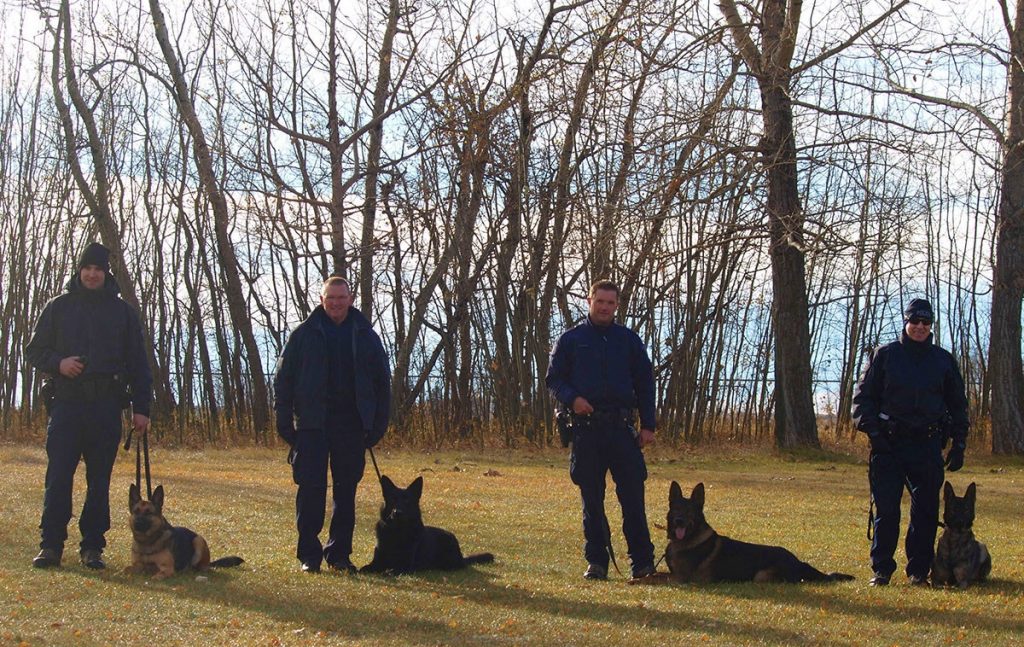 The first four RCMP dog teams to be trained to detect human remains. From left to right: Cpl. Andrew Tarala with Genie from Brandon

“Using real human remains enables us to teach the dogs the exact odour they will be looking for. This way, they can rapidly differentiate between animal and human remains and locate human remains more effectively,” explains Sgt. Robert Heppell, Dog Team Trainer in charge of the human remains detection training at the RCMP PDSTC.

The human remains used for the training of RCMP dogs are provided by the Nova Scotia Medical Examiner Service through a donor program. Donors and their families have specifically chosen to give their remains to the RCMP human remains detection dog training program.

“This additional dog skill will have a direct impact on the RCMP’s ability to collect evidence for ongoing investigations, to make progress in historical investigations and to provide closure to grieving families,” says Insp. Akrum Ghadban, Officer in Charge of the RCMP Police Dog Service.

The dogs teams from B.C. and Nova Scotia are now fully operational. The dog teams from Alberta and Manitoba are expected to have completed their training by the end of this week.

Currently, there are 166 RCMP dog teams across Canada. They will be trained on human remains detection according to the needs of the divisions.