OTTAWA — It may have a scary name, but it’s intended to help — not frighten — already traumatized children. 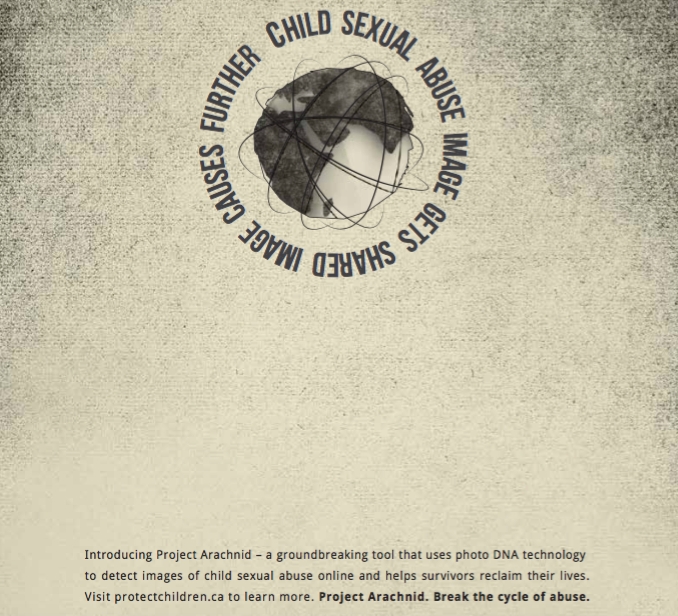 Project Arachnid is an automated system that crawls like a spider through online links to detect child sexual abuse images and videos, helping ensure prompt removal.

The Liberal government announced millions of dollars Wednesday for the Canadian Centre for Child Protection to further develop and maintain the digital tool and undertake other initiatives to fight a growing scourge.

The centre, a registered charity, will receive $4.1 million over five years, and $857,000 a year thereafter.

Victims of childhood sexual abuse often suffer great distress over the fact video or pictures of the crimes are circulating in cyberspace — adding to the pain they already experience, the centre says.

Arachnid has processed more than 1.1 billion web pages to date and has sent over 238,000 notices to internet providers requesting the removal of material.

Lianna McDonald, executive director of the child protection centre, said providers comply with about 97 per cent of requests, and the tool allows for tracking of cases where material is not being removed.

The made-in-Canada technology is being used globally and making a meaningful difference in lives of those who have suffered child sexual abuse, Public Safety Minister Ralph Goodale told a news conference.

The issue of online sexual exploitation is being discussed among G7 members and in meetings of the Five Eyes alliance, which consists of Canada, the United States, Britain, Australia and New Zealand, Goodale added.

“The dialogue is global, and it involves governments and security ministers,” he said. “It also very actively involves the internet service providers.”

Authorities are telling the providers it is in their interests to co-operate and respond willingly, Goodale said. “If you don’t participate in the solution, by definition you’re part of the problem.”

The funding announced Wednesday will also help the child protection centre identify victims and improve support for survivors, as well as continue operation of Cybertip.ca, a national tip line for reporting online sexual abuse and exploitation of children.

Cybertip has received over 305,000 reports of online child sexual exploitation from the public since its launch in 2002, with the number of reports growing each year since then.

It has forwarded more than 19,000 reports to Canadian law enforcement agencies, resulting in more than 520 arrests, the federal government says.

The centre will also receive $93,600 to establish a survivors’ network, allowing victims to connect and to create support resources.

McDonald stressed that often the victims don’t speak out because they are abused by someone known to them.