Features
Expanding the use of force toolbox with Brazilian jiu-jitsu 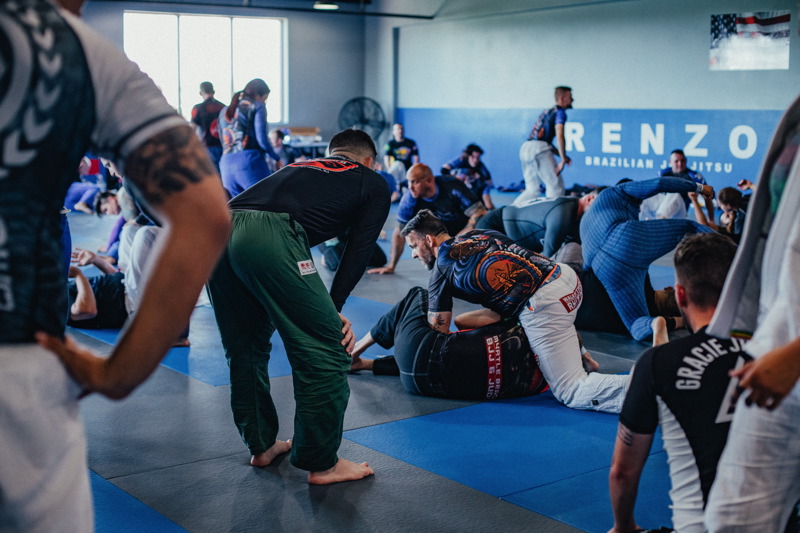 Ari Knazan, right, is a Canadian police officer, jiu-jitsu black belt and one of the co-founders of the Invictus LEO Jiu Jitsu Collective. Photo: Andersen Keith

The modern police officer has access to a wide variety of equipment and technology to help them perform their job and keep the public safe. There is, however, one essential tool an overwhelming percentage of today’s officers do not have in their arsenal. In fact, some would say this skillset can become your superpower: Brazilian jiu-jitsu (BJJ).

BJJ gives people the ability to defend themselves in close-quarter situations and use their training to control their opponent — all without needing to strike another person.

It is a martial art with a focus on submission wrestling and grappling. It involves controlling another human with your body and hands and, if necessary, using carotid restriction or a submission to incapacitate an attacker.

BJJ’s focus is to close the distance where a person’s ability to punch, kick and cause harm to others is drastically diminished. This is accomplished through the use of technique, leverage, dynamic movement and a bank of submission positions.

There has been a growing movement across North America encouraging police officers to begin training BJJ. The Invictus LEO Jiu Jitsu Collective, or the #BJJMakeItMandatory movement as it is most commonly known on social media, has been encouraging officers to learn BJJ since February 2019.

Ari Knazan, 45, is a police officer and jiu-jitsu black belt based in Victoria, B.C. He is one of the co-founders of the Invictus LEO Jiu Jitsu Collective, heading the organization with Lt. Jason Rebsch, an American police officer based in Texas. Having ran his own martial arts gym for the past 16 years and trained extensively with law enforcement agencies across Canada, Knazan argues police departments need to get on board with their officers training BJJ now more than ever.

“It’s a super power. That’s what we’re trying to show people,” Knazan says. “If you end up learning jiu-jitsu, then you won’t have to rely on your duty belt for use of force options all the time. It gives you confidence, real confidence, in your ability.”

BJJ and the escalation of force

With his extensive background in training and teaching BJJ, Knazan says that the most beneficial aspect for a police officer is learning how to control someone without escalating the situation by using a lethal or non-lethal tool.

“Jiu-jitsu is scalable. This means you can go from passive resistance to full-on resisting or lethality if you have to. With a firearm you can’t do that. It has one function only,” Knazan says.

A post from the Invictus LEO Jiu Jitsu Collective’s Instagram page frames the scalability of BJJ for officers by means of the “manual transmission analogy.” This analogy suggests that a majority of police officers have a “transmission box,” equipped with only:

• reverse (to flee)
• park (to freeze)
• first gear (low level resistance, talking and being hands-on)
• sixth gear (all-out use of force with weapons)

Knazan argues BJJ provides officers with the second, third, fourth and fifth gears, which is the gradual increase of aggressiveness and resistance based on the reactions of the individual they are dealing with.

If they encounter a suspect who is resisting at a third or fourth gear level, most officers can only respond with a sixth gear alternative, which is equipping a firearm or taser and threatening its usage, he elaborates. Officers who have trained in BJJ, however, can scale their response at any time and in any manner based on their current situation.

“The majority of our job is obviously talking, and we should all be taught the skills of verbal judo. However, we are hands-on a ton as well. How often are we shooting someone as opposed to putting our hands on someone?” Knazan asks.

He argues the average police officer is more likely to ready a firearm over choosing to be hands-on because of their lack of martial arts training and their limited confidence in their ability to physically engage with someone.

For BJJ to become mainstream within police departments across North America, a culture change in policing altogether is necessary, according to Knazan, and that should start from the recruits in the academy right up to the superior officers, some of whom may still be subconsciously clinging to an “old-school” mentality.

“We have all these old-school police officers that went through the police academy and were taught ‘Hey, let’s do a knee strike and use your baton,’ and all this outdated material we’ve been taught. There are more ways to manipulate someone’s body as an officer,” he says.

“I have done some use of force stuff in the past that was totally ineffective, and it just blew my mind that they were still teaching this stuff. You’ll never pull off those moves when someone is hopped up on drugs or is violent,” he says.

Knazan believes BJJ should be the foundation for police combat training and experienced BJJ black belts should be use of force co-ordinators.

Outside of the department, there are more individual and personal barriers officers must overcome before they begin training BJJ.

“Often, people who do train say that ego is a massive barrier for police officers,” he says. “We’re all alpha personalities. We all want to not end up looking silly in front of our peers or other people, so why should I do it? Maybe I’ve done the job for 15, 20 years and I’ve never needed jiu-jitsu, so why start now?”

In fact, checking your ego is one of the most beneficial outcomes of training BJJ, Knazan argues.

“One of the greatest benefits for me of training BJJ is the ability to handle pressure. In jiu-jitsu, when someone is 100 pounds heavier than you, holding you down, you’re not giving up. And you bring that mentality out into the field with you,” he says.

The ability to remain calm in uncomfortable situations is one of the most beneficial outcomes of training BJJ for any individual.

For police officers who have a highly stressful job and are constantly under the watchful eye of the public, subject to scrutiny for their actions, being able to remain calm during the most intense and challenging moments of the job will help them make better decisions and not act out of fear.

There are other barriers to BJJ for an officer. Often it comes down to the simple issue of time and money.

“A lot of us do shiftwork so it’s impossible to get in to the gym. A lot of us have families, so there’s just not enough time,” Knazan says.

His response to this issue is simple: “You can never train too much for a job that might end up killing you.”

Knazan has also heard a lot of officers say that they don’t train BJJ because their training would not be paid for by their department.

“If you say, ‘Well, they’re not going to pay for me so I’m not going to go;’ you’re missing the point. BJJ is going to save you. You’re going to get a ton of positives out of it… You can’t rely on the department to do everything for you,” he says. “I’m lucky that my department is open to new ideas.”

With the massive proliferation of cameras in cell phones and access to social media, police officers are now being filmed more than ever, and as a result, their actions heavily scrutinized by the public. Every wrong or fatal encounter made by an officer can be made available for the entire world to watch and judge.

This is where BJJ becomes an extremely valuable tool for departments.

“In terms of liability for police officers, if you’re not hurting suspects, you are not getting sued,” Knazan says.

Unwarranted or unintentional shootings by the police have become a central topic of conversation ad outrage in North America. The greatest benefit of having officers trained in BJJ would be the reduction of unnecessary or unwarranted shootings, since officers will feel more comfortable physically engaging and subduing a person with BJJ instead of using their firearms.

BJJ is also immensely beneficial for officers who have experienced trauma or suffer from PTSD as a result of their work.

“I think one of the huge benefits that people don’t realize is that it’s awesome for comradery. It’s awesome for combating PTSD,” Knazan says. “Every officer I have ever talked to that has started jiu-jitsu has not stopped. They’ve said it’s a life changer.”

The Invictus Leo Jiu Jitsu Collective is starting to create a network of officers and BJJ practitioners to encourage more officers to find a gym near them and begin their training with a qualified and experienced instructor.

The Invictus LEO Jiu Jitsu Collective will be hosting BJJ seminars specifically for police officers in the upcoming months all around North America. Its first seminar was held in June in Houston, Texas, and attracted about 100 participants.

“Those who attended had not only policing in common, but jiu-jitsu as well,” says Knazan, who was the only Canadian instructor on site for the event. “The energy in the room that day was remarkable. We are getting requests from numerous cities to do other events. And we are looking at new dates and locations.” 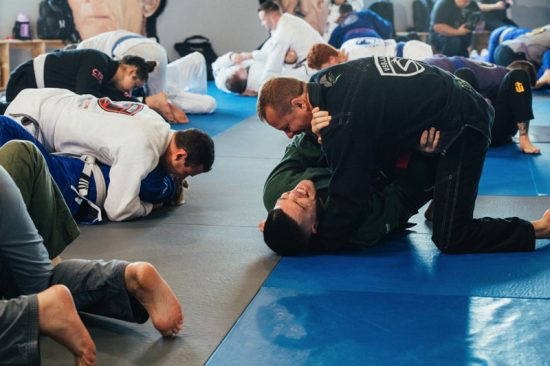 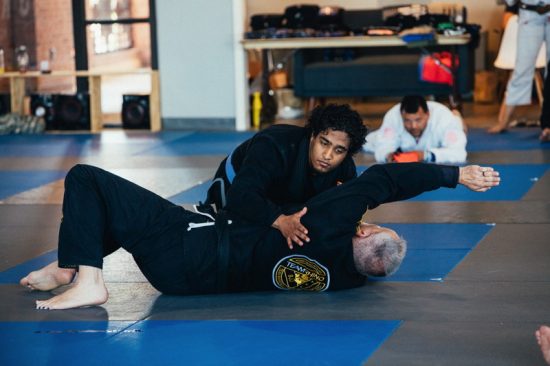 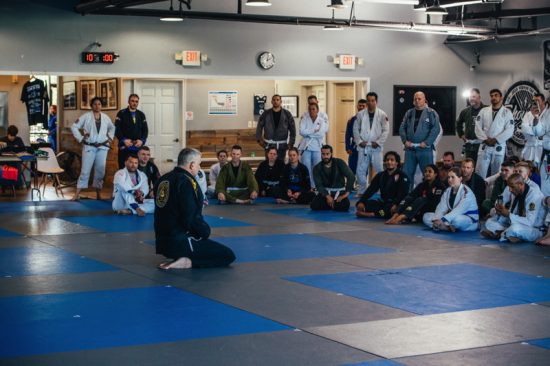 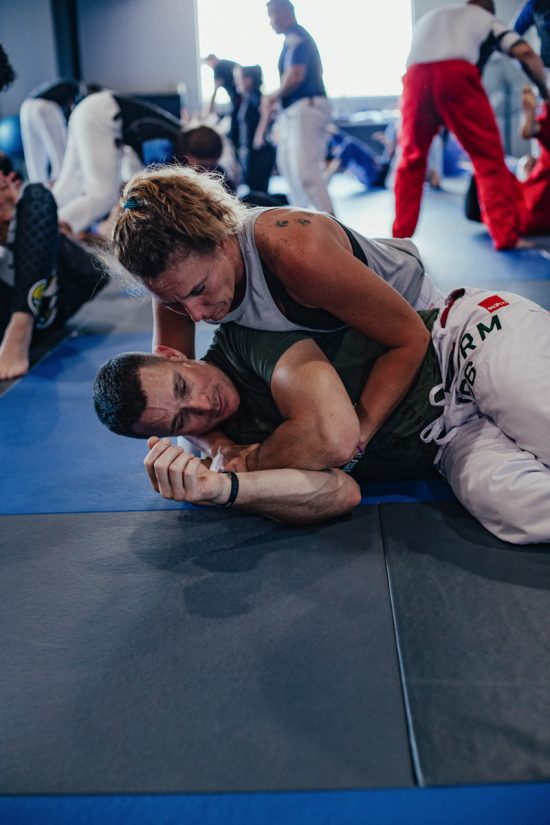 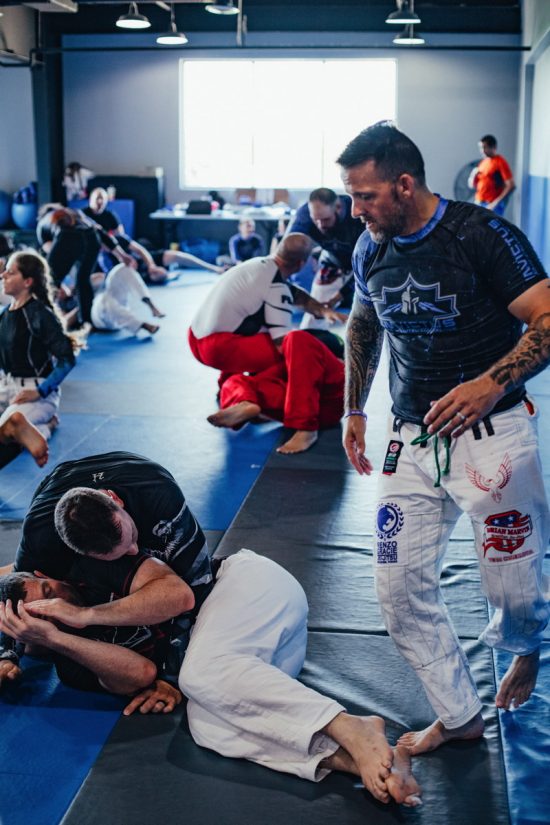 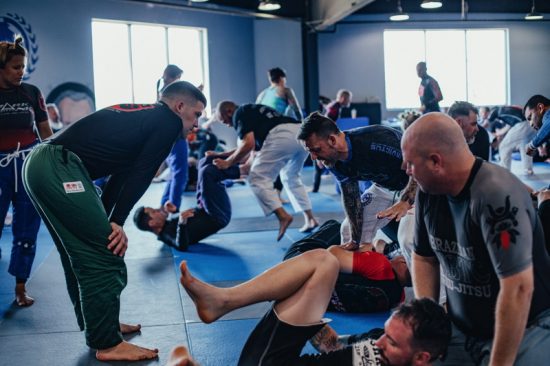 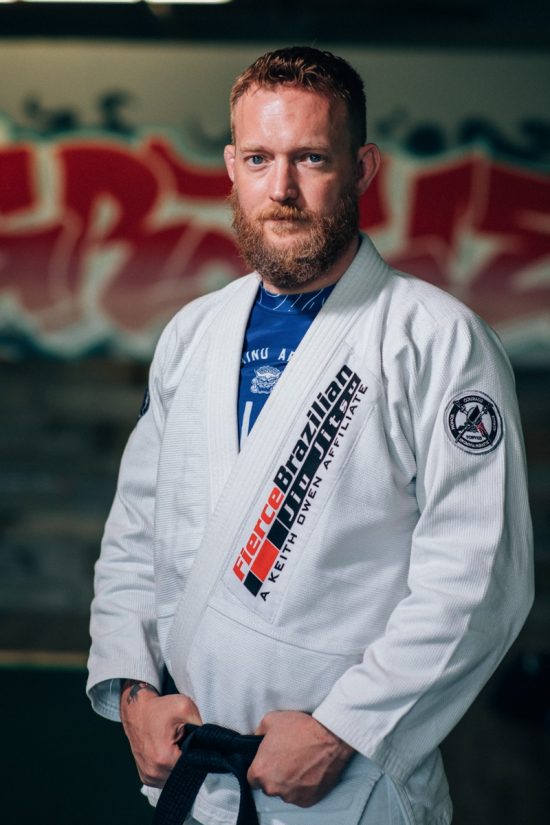 Ari Knazan is a Canadian police officer, jiu-jitsu black belt and one of the co-founders of the Invictus LEO Jiu Jitsu Collective. Photo: Andersen Keith

Landen Kruger is a graduate student in contemporary journalism at Centennial College’s Story Arts centre. He has a degree in political science from Queen’s University.