Durham Regional Police Insp. Bruce Townley introduced the board to the newest members of the Mental Health Response Unit (MHRU) at the most recent meeting, held earlier this week. 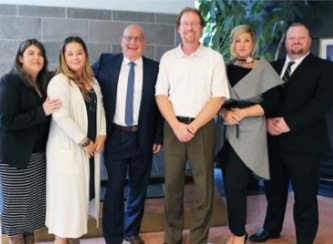 Under a new partnership with Lakeridge Health, an experienced registered nurse is partnered with a DRP officer with specialized training in mental health response. Thanks to support from the Central East Local Health Integration Network (LHIN), two teams hit the road in mid-August, according to the force.

“They’ve already been involved in multiple calls, including their first shift in which they assisted a man who was damaging his home in the midst of a nervous breakdown,” DRPS said in the service board newsletter. “They de-escalated the call and got the man the help he needed. The teams also do follow-up work, touching base with citizens to ensure they are getting the help they need.”

The DRPS says it has partnered with other agencies to staff a MHRU in years past, but hadn’t had two full-time teams since October 2016.

Over the past year, the DRPS has responded to 3,277 mental health calls. Currently more than 180 front-line police officers have received specialized training in mental health response in addition to the MHRU.