Two women with personal experiences surrounding the effects of post-traumatic stress disorder (PTSD) on families and communities at large have joined forces to build dreamcatchers and spark more dialogue and awareness about mental health. 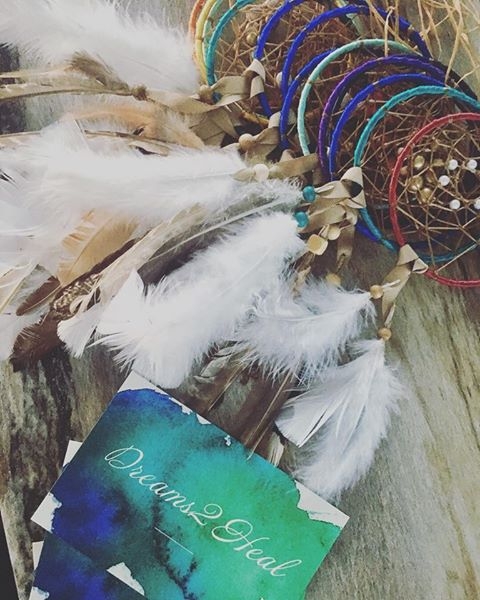 Shana MacDougall and Meghan Beals have founded Dreams2Heal, which sells dreamcatchers they make by hand on the Tema Conter Memorial Trust’s website, a charity dedicated to raising public awareness of the psychological stressors faced by Canadian public safety and military personnel.

MacDougall’s brother Scott struggled with PTSD after serving in Afghanistan and he lost that battle in April 2018. She says she now wants to do her part and “help those who have given so much for us.”

Beals, who previously worked as a paramedic in Atlantic Canada, started medical school in Thunder Bay, Ont., last September and says she has seen the impact of PTSD from the sidelines and its impact on families, co-workers and communities as a whole during her first year in Northern Ontario.

“I felt so helpless watching my friends, family and communities going through such tragedy and loss,” she says. “When I was a paramedic and respiratory therapist, I relied on my friends, family and my co-worker community during the tough times. I can still remember the first cardiac arrest I attended, the first child that passed away… Without my support system I don’t think I would have recovered from seeing such tragedies over and over again.”

Beals says she wants Dreams2Heal to become “a community for persons who need peace, hope and healing. A community for everyone to tell their stories openly and together we can recover through our dreams.”

The initiative started when Shana’s daughter, Ella, expressed a desire to be rid of the bad dreams she was having after the loss of her uncle Scott as a result of PTSD.

“As a first year medical student, I was visiting an Indigenous community in the spring and promised Ella I would make her a dreamcatcher there,” Beals says. “During this placement I was reminded how much PTSD can affect families and communities.”

She says she and Shana reflected upon Ella’s request and soon realized the dreamcatcher’s healing effects could benefit not just the person experiencing PTSD but also family members, friends and co-workers.

Recurrent nightmares and insomnia are part of the DSM-5 diagnostic criteria of PTSD. Nightmare distress can predict reduced psychological functioning and suicidality. Insomnia is the most common symptom following trauma exposure with a reported rate of 70 per cent of individuals diagnosed with PTSD.1

“The dreamcatcher is for everyone. Each dreamcatcher is cleansed and purified using the smoke of sage,” Beals says. “Sage is one of the Indigenous traditional medicines — it is used for releasing what is troubling the mind and removing negative energy. Every dreamcatcher is made with love and hope to bring peace and healing.”