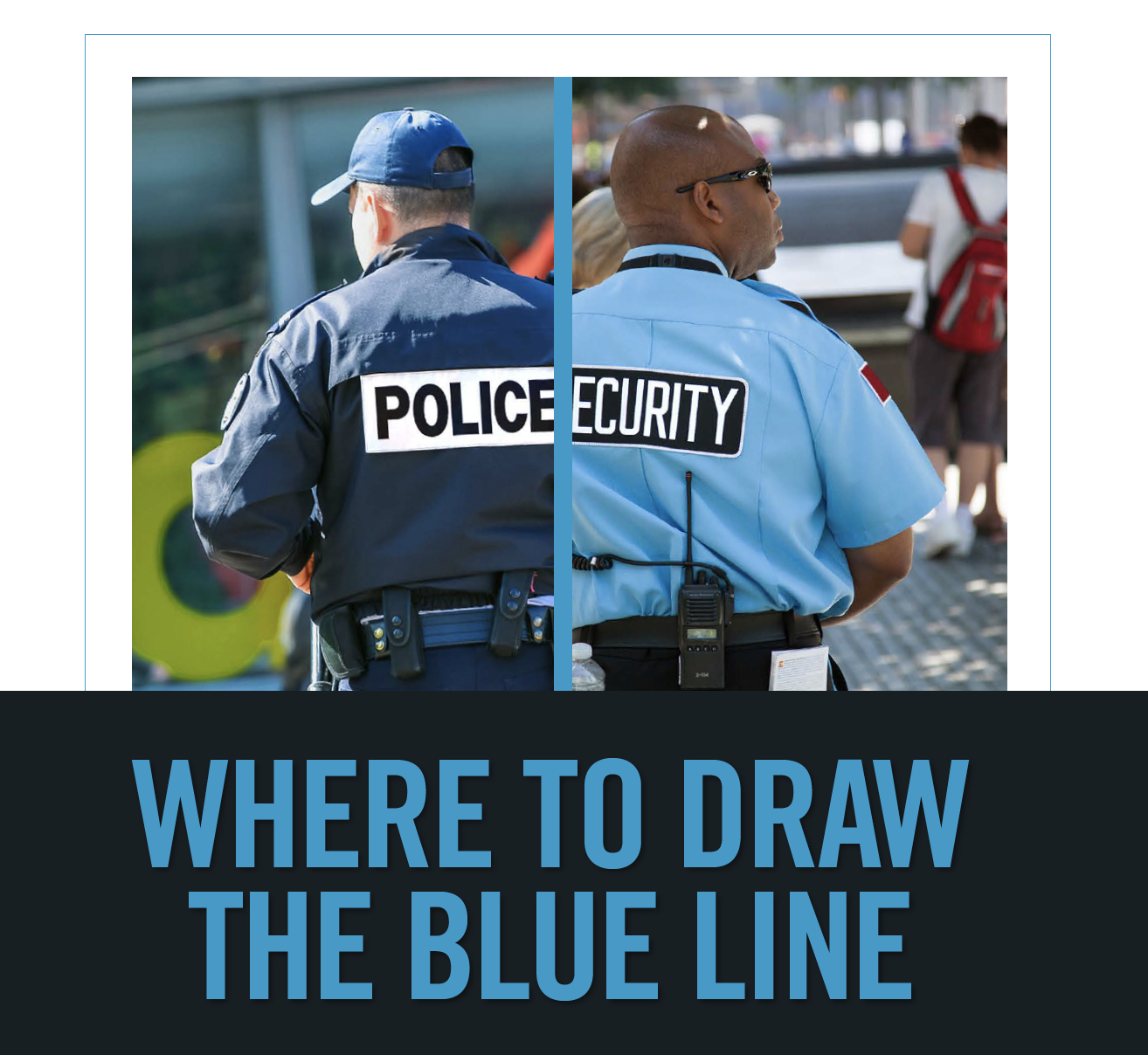 As police budgets escalate at a rate in excess of inflation, there is a long-standing concern the business model of policing in Canada is unsustainable. The situation is already at a breaking point in many smaller municipalities, rural areas and much of Atlantic Canada where property taxes are stagnant. New Brunswick, for instance, is currently reviewing local and provincial policing services to “find ways to improve co-operation and safety.” (More on this at bit.ly/2RumQ4I.)

Across Canadian localities, between 22-30 per cent of property tax increases are driven by the rising cost of police services. That should not come as a surprise since salaries account for close to 90 per cent of police budgets. That way of doing business may still be manageable in urban centres where property values continue to appreciate, but even they are showing signs of strain, with investment in front line services, investigations unit and technology atrophying.  In the rest of the country local governments are having to cannibalize other services simply to continue to pay for policing, much of which is beyond their control because it is provincially mandated.

Whilst policing services across the country are under pressure from stressed municipal budgets, they are also contending with increased expectations from the public, ever more accountability, the growing complexity of police services and criminal investigations, the escalating number of mental health calls (as police services are having to backfill for reductions or gaps in social services), and salary pressures due to parity benchmarking with other police services when negotiating collective agreements.

A consensus is emerging among the public, politicians, police associations and chiefs that the way community safety services are delivered needs to change. Yet, how to put the delivery of policing services in Canada on a sustainable footing is highly controversial.

On the one hand, public support for sworn police to deliver services relating to Criminal Code offences remains robust. On the other hand, the public is less supportive of police providing services such as event security, transit security, prisoner transport, investigative support, and administration and support.  To that very point, the police presence at large events is largely paid-duty anyway. However, in Quebec, for example, event security is largely contracted out to civilian private security companies, who assume genuine support function in cooperation with police.  At private events – such as F1 racing, trade shows, and festivals – the contractor ensures site security, at time alongside police in plain clothes; those who are expelled are handed over to police at the perimeter who arrest and process them.  The converse obtains at special public events: they are responsible for access and perimeter control; local, provincial or federal police the actual event.  In other words, the more official the event, the more visible the police.  The former type of event is far more common than the latter.  Even idiosyncrasies such as Toronto’s by-law requiring paid-duty policing at construction that interferes with traffic are increasingly falling by the wayside.

A consensus is emerging among the public, politicians, police associations and chiefs that the way community safety services are delivered is increasingly unsustainable.

An informed democratic conversation about alternative service delivery of police services that support sworn officers is an indispensable part of the solution: fingerprinting and court services for instance, which can readily be performed by civilians or third-party contractors, and for which a specialized expert is more suitable anyway than an expensive, highly-trained sworn generalist.  However, what is understood to be a core vs. support function varies by police service, as does the way these services are operationalized.  Ergo, associations are rightly concerned about “one size fits all” approaches.  After all, they deliver a distinctly local service that is highly nuanced by community.

The same holds true for substituting paid-duty policing requirements with security on public transit or at certain events. Alternative service delivery helps optimize the delivery of services and reduces strain on resources and budgets, while improving outcomes by enhancing expertise and quality. Many such initiatives are already in place. In some cases, they have been running successfully for decades.  Rural communities with aging populations, for instance, are especially well suited to preventive policing, with greater visibility of people on the ground.

In Winnipeg and Montreal, the creation of a cadet program led to more community engagement, increased police visibility, and a corresponding drop in crime. In Calgary, Transit Peace Officers reduced fare evasion and brought in $1 million in fines while improving public safety. The Vancouver Police Department successfully increased the number of civilian employees to reduce demand on sworn officers. Meanwhile, Commissionaires in Nova Scotia has a decades-long track-record in patrolling the Halifax Harbour Bridges, front-desk management, data processing, background checks, ID services, and that’s all at demonstrably lower costs than sworn members.   Similarly, since July the Surêté du Québec has contracted prisoner watch out to Garda, as has the City of St-Eustache, a function also performed by Commissionaires in select jurisdictions.

The success of these programs has taken pressure and financial strain off local police departments. Yet, widespread adoption of reform remains tepid, often in the face of stiff resistance from police associations and chiefs.

The current legislative environment can make alternative service delivery difficult to implement as it often burdens municipalities with excessive liability, which acts as a substantial deterrent. As a result, the extent, standards and expectations for alternative service delivery vary widely. Provincial political leadership is required in providing more permissible legislative frameworks to reduce liability while providing for a more coherent and systematic set of standards.  Still, there are already successful examples of contracting out that are enabled by transparent contracts, objective Key Performance Indicators (KPIs), and continuous monitoring, oversight and accountability.  The Canadian Air Transportation Safety Authority (CATSA) effectively – and successfully — contracts out matters of national security: security screening of travellers at airports.  Similarly, CBSA contracts out transportation of detainees.

Police departments and associations fear that such reforms may result in fewer sworn members. However, this is not what precedents across Canada show. To the contrary, such initiatives can free up sworn officers for duties for which they are best suited. Rather than reducing the number of officers, civilianization and third-party contractors can help ensure that police actually do the work that we genuinely need sworn members to do.

Another concern is that civilians or contractors who handle sensitive administrative work may open the door for people who are unqualified or may abuse their power. However, well-qualified civil servants across all levels of government already manage all manner of sensitive tasks.  CATSA, for instance, trains its contractors.  This way police services retain control over the direction of a program direction. Training for support services could be conducted by unionized officers to ensure compliance to the standards of police associations standards.

Clear performance indicators, exclusion criteria, comprehensive training and competitive selection on merit of qualified, appropriate, experienced contractors help assuage concerns about abuse of power, in part because higher standards attract better candidates that are better paid, with lower turnover and a commitment to the values that inform public safety. Contracted retired sworn members, already plentiful throughout the security industry and a growing talent pool due to a wave of retiring sworn members, maximize familiarity with law enforcement’s institutional culture while reducing transaction costs, yet their skillset is often underutilized, limited to tasks sworn members are not keen on doing themselves, such as conducting security checks.

By way of example, fraud is now consistently the fastest growing category of crime, not just in Canada but also certainly across the democratic world, possibly across the entire world. Given the vulnerabilities introduced by the Internet, this trend is bound to continue. Police forces have no great model for triaging these cases, let alone resources to investigate them.

These trends risk undermining the legitimacy of law enforcement and government if citizens are left with the impression that police and government either “don’t care” or are “incompetent” at dealing effectively with the criminogenic vulnerabilities that cyber presents. Online fraud presents a particularly good case for civilianization and contracting.

In many cases, specialized civilians have better skillsets to carry out digital and online forensics. Most of these civilians will not be keen on working their way up ranks, and so police services can compete on salary the way they cannot for sworn members. Compensating for possible inexperience in running complex investigations is a function of resource optimization, such civilians teaming up with experienced retired sworn investigators.

Whilst public expectations of police response have risen qualitatively in recent decades, provincial governments have effectively downloaded issues such as mental health on police through di- and under-investment in social services.  As Calls for Service grow in and volume become ever more exacting, Canadian police departments have gradually had to reduce their reliance on expensive, highly-skilled, highly-trained members respond to calls where public safety is not at immediate risk.  These operational trends raise the prospect of better overall services, greater efficiency, better value for money, and ultimately, better public safety outcomes for local communities.

Police departments are slowly realizing that civilians can compensate for some gaps in specialized skills among sworn members, and that civilians are just as effective and efficient — or more so — in carrying out certain duties than sworn officers. Contracting out enables police forces to optimize the allocation of sworn members with an added complement of specialized services and skills. By reducing the amount and extent of non-core services performed by highly trained officers, police services can reinvest time and money into prevention, such as community policing.  The end result is better overall service delivery and community outcomes.

Currently Fulbright Research Chair in Canada-U.S. Relations at Johns Hopkins University’s School for Advanced International Studies, Christian Leuprecht is class of 1965 Professor in Leadership at the Royal Military College. He is also the Director of the Institute of Intergovernmental Relations at Queen’s University and Munk Senior Fellow at the Macdonald-Laurier Institute, which recently published his study entitled Where to Draw the Blue Line: How Civilians and Contractors can let Police do the Policing. Find it in full at bit.ly/2O1W3uE.

Related
Policing and mothering: The combined challenges of work and home
Solutions for a swifter organizational change process
Q&A with Chief Andrew Fletcher, South Simcoe Police
“Making sure we have partners at the table:” Q&A with Edmonton’s new police chief