Blue Line was among a handful of media selected to preview Draeger Safety Canada’s new DrugTest 5000, exclusively for Canadian law enforcement customers. This device is the only one in the country approved by the Attorney General for roadside impairment testing, a stamp that came just a few weeks ago. 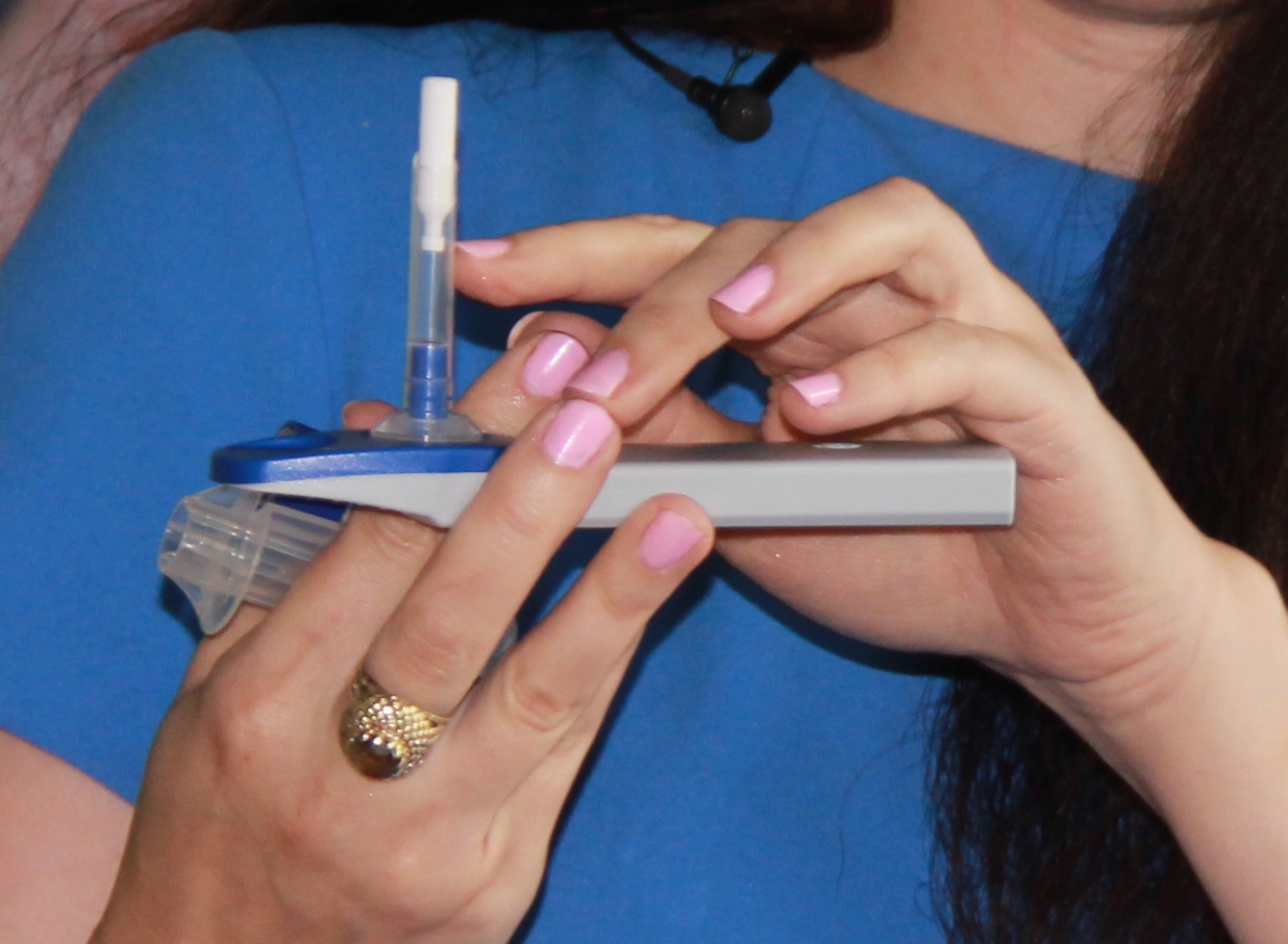 Approximately the size of a small coffee maker, the DrugTest 5000 is easy to use, Draeger company representatives told the small crowd gathered in Toronto yesterday morning. Draeger said it is currently in talks with many police services in Canada regarding the purchase of these tools but as of now, no Canadian agency has purchased any. An agreement with the Royal Canadian Mounted Police — who will be handling online oral fluid device training for Canadian law enforcement — is “getting close,” said Rob Clark, managing director for Draeger Safety Canada.

The federal government has announced Oct. 17 as the date recreational cannabis use will be officially legal, which has put the pressure on law enforcement to secure the proper training and tools in order to adapt to how this impacts impaired driving screening. (According to Statistics Canada data from earlier this summer, one in seven cannabis users with a driver’s licence said they’d driven a vehicle at least once within two hours of using the drug in the past three months.) The DrugTest 5000, specially customized for Canadian law enforcement, is testing for the active analyte of THC (tetrahydrocannabinol), not the metabolite, at a cutoff of 25 nanograms. It also tests for cocaine.

The actual saliva test is conducted with a single-use cassette, which a suspected driver will swab around in her/his mouth for 30-60 seconds. The cassette is then inserted into the main device, which is kept in a police officer’s patrol car, to subjectively read the saliva — a process that takes about four minutes, according to Draeger. A wireless printer is also included in the DrugTest 5000 to print results.

While the biochemistry is happening within the larger device, an officer can enter a driver’s information onto the screen when promoted, should they choose to do so.

“You can then print that information out along with the test’s results, should an officer choose to,” said Einat Velichover, business development manager at Draeger Safety Canada. “Or, the information is stored in the device itself, for up to 500 records, so an officer can print it later.”

In addition to the printed results, if the test is a negative, a blue light will show up on the cassette. If it is a positive, no line appears. A positive result still requires a blood test and law enforcement has two hours to get the driver to a centre to have the blood tested, Velichover noted.

This is not the device to cause a conviction, she added. “It’s to help law enforcement.”

He pointed to the time between the roadside screening and the blood test results as reasons for false positives.

The device can also stand up to Canadian winters as it’s kept in cars, Clark said, and features a built-in, active heating and cooling system.

The company refused to answer any questions on pricing, due to being in the thick of talks with various clients, but Clark did say the price points circulating in the media right now are inflated. He cited this as “scare tactics.”

Clark said the company can deliver devices within four to six weeks and the first devices are currently headed to North America — they are all manufactured in Germany.

The company doesn’t know what the demand looks like at the present time, but it anticipates it will be hundreds of devices, according to Clark.

“Draeger has been in the business of drug and alcohol screening devices for over 60 years and we’ve been in the oral fluid screening for over 10 years,” he said. “A similar device is being used in Canada for workplace use right now, such as in zero-tolerance, high-risk industries such as mining and oil and gas.”

Law enforcement in Finland, Ireland, Australia and several states in the U.S. are also currently using similar devices from Draeger, he added.

Related
Ready or not here comes cannabis
Legal cannabis will cost local police force more than $1 million a year
Legally high
Cannabis – what are the risks?