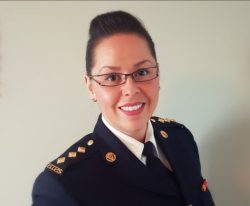 The Prince Albert Police Service has appointed Farica Prince to the position of deputy chief. Deputy Chief Prince began her career in policing in October 2001 with the Dakota Ojibway Police Service, where she was posted to her home community of Sioux Valley Dakota Nation in southern Manitoba after graduating from RCMP Depot Division. In 2005, she moved to the Blood Tribe Police Service in southern Alberta, where she served as a front-line officer until 2008. She was then seconded to the training academy at RCMP Depot in Regina and served both in the Applied Science and the Firearms Training Unit. Deputy Chief Prince returned to the Blood Tribe Police Service in 2011 and was promoted to the rank of Sergeant in 2012. In 2013, she was promoted to Acting Staff Sergeant and to Inspector in 2018, when she was also recognized as a Commissioned officer by the Lieutenant Governor of Alberta. In 2019, Farica Prince received her Bachelor of Policing degree from Charles Sturt University. 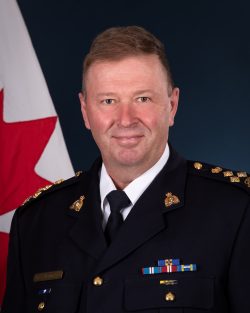 Assistant Commissioner Ches W. Parsons has been appointed Commanding Officer of National Division RCMP, after serving three years as Commanding Officer of B Division in Newfoundland and Labrador. Assistant Commissioner Parsons is native from Newfoundland, where he studied in Commerce at Memorial University before attending the RCMP Academy at Depot in Regina, in 1987. His operational policing roles have included Serious and Organized Crime, Major Crimes, and the Emergency Response Team. He also worked in the field of national security for 17 years, most recently as the Director General of Federal Policing National Security in Ottawa. With a strong commitment to collaboration and bringing people together, Assistant Commissioner Parsons is a lifelong community volunteer, and spent many years working with First Nations, Métis and Indigenous communities across Canada. As Commanding Officer, he places high value on promoting health and well-being among employees, and on ensuring they have the tools and support needed to protect Canadians and our national interests. Assistant Commissioner Parsons has said he is honoured to serve in this new role, and to return to a city that he and his family call home.

Constable Dale Pollock, a 14-year member of the Woodstock Police Force, sadly died at home early Monday morning, August 9, from what appears to be health-related issues. Pollock chose to enter a career in policing after many years as a long-distance truck driver. Pollock joined the Woodstock Police Force in September 2007 after graduating from the Atlantic Police Academy. The 53-year-old officer is well known for his strong work ethic and reputation as a quiet leader. 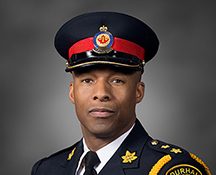 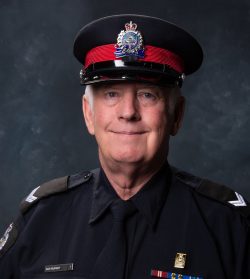 Constable Dan Murray is celebrating 50 years in policing and has the distinction of being the longest-serving Edmonton Police Service officer with badge #1. Growing up, Murray always wanted to be a police officer, and he joined at the age of 17 in 1971. He has served with 12 police chiefs and numerous police units, and today he works at the Downtown Division front counter assisting with public inquiries and reports. Dan was inspired to a lifetime of public service by President John F. Kennedy’s words: “Ask not what your country can do for you – ask what you can do for your country.” These words continue to inspire him today. Summing up his journey, Murray says, “It’s been outstanding, I can’t imagine doing any other job, I’m just really grateful that I got the chance to live my dream.”

If you have an officer in your agency recently promoted or retiring or an individual you wish to have recognized (major award or recently deceased) you can let Blue Line magazine know by emailing: bschroeder@annexbusinessmedia.com.