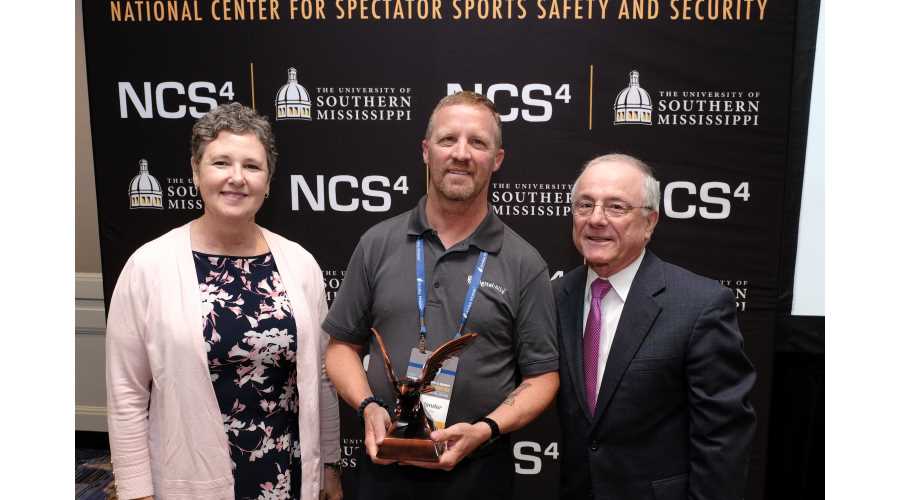 Digital Ally was the winner of the 2019 Golden Eagle Award, presented in June at the National Sports Safety and Security Conference & Exhibition, in New Orleans, La. The company was one of three finalists, whose case studies were presented to conference attendees who then voted for the winner.

More on that news from SDM Magazine, which sponsors the award, below:

Digital Ally’s solution included body-worn cameras on the security team members at MetLife Stadium in East Rutherford, N.J. The cameras allow stadium security to capture video evidence of interactions between staff and patrons. The goals of the deployment were to improve accountability and transparency for security, reduce civil liability and to have a tool to help de-escalate volatile situations.

The Golden Eagle Award was created by the National Center for Spectator Sports Safety and Security (NCS4) to recognize outstanding security projects executed in sporting venues. The award recognizes excellence in the safety and security aspects of sporting venues by their designers, builders, integrators and security directors.

“As security professionals get involved in the details of their daily operations, it’s sometimes easy to miss the bigger picture, which is the mission bestowed upon them to protect assets, properties and, most importantly, lives. The Golden Eagle Award brings that mission right into focus. Behind this award is proof of excellence in technological design at some of the most well-attended sporting facilities and events in the world ― designs that have been implemented to enhance public safety, prevent loss, and perhaps to avert a tragedy,” said SDM Editor Laura Stepanek, when presenting the award. “It is the ultimate goal of security professionals, and it is the essence of the Golden Eagle Award.”

The solution Digital Ally provided utilizes First Vu HD cameras on the security team members at MetLife Stadium. The training time averages 5 to 10 minutes for a deployment team of 30 to 60 security officers, a factor that was very important to MetLife, according to Digital Ally. Offloading of the video at the end of the event is instantaneous.