SASKATOON — It was a call two Saskatoon police will likely remember for a long time. 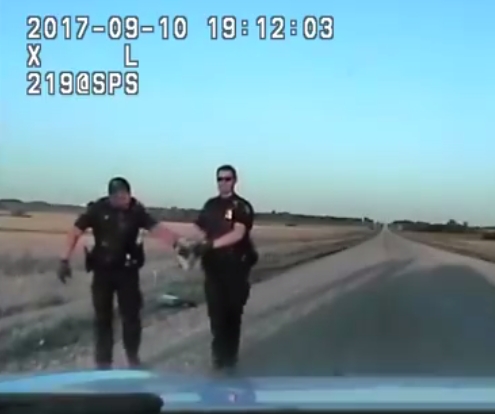 The two were dispatched on the weekend to reports of a large, red-tailed boa constrictor on a road.

The video posted on social media shows two officers using a stick and police riot shield to position the non-poisonous snake before they grabbed it and carried it to their cruiser.

A passing motorist gave the officers a big plastic container to put the snake in.

The snake was taken to the University of Saskatchewan’s Western College of Veterinary Medicine and then to an exotic animal rescue in Colonsay.

It’s unclear who owned the snake. It’s illegal to own boa constrictors in Saskatchewan.

Related
Puking or bleeding in a Saskatoon cab could soon cost an extra $100
Use of force up for Saskatoon police, dealing with drug users partly to blame
Saskatchewan raises penalties for drunk drivers with children in their vehicle
Saskatoon Police Service’s first female drug investigator retires