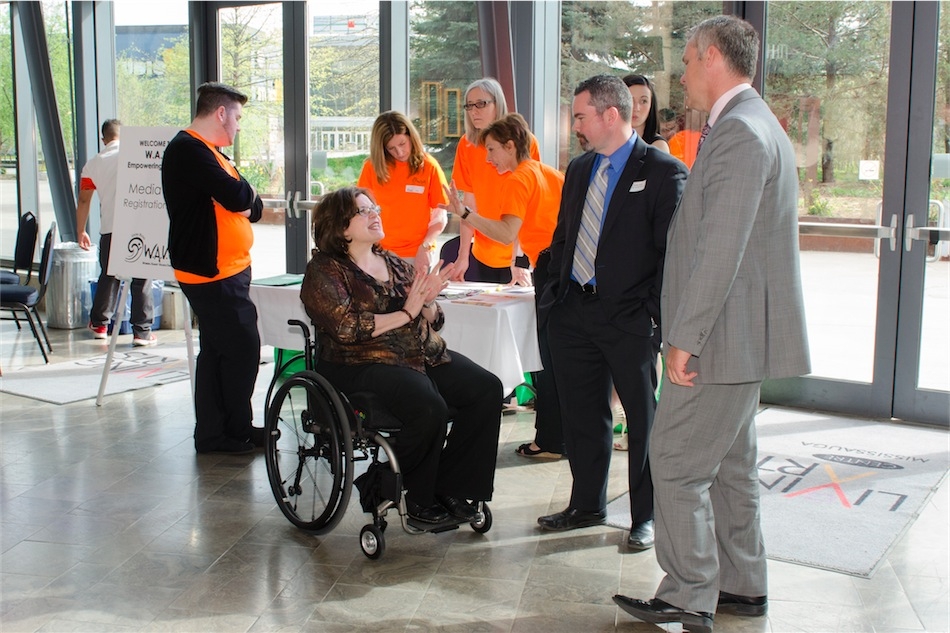 In 2017, CBSA said it had 467 seizures of firearms, an increase of nearly 19 per cent from the overall number of firearms seized in 2016. Plus, Statistics Canada noted in 2017, the rate of violent firearm offences in the country increased for the third year in a row to 2,734, an increase of seven per cent over the previous year.

Additionally, this past summer, Toronto Police Chief Mark Saunders and Mayor John Tory announced a $3 million operational plan to deploy up to 200 officers throughout the city, dictated by intelligence-led policing, to curb the spate of gun violence. The eight-week initiative appeared to be a short-term solution to an issue requiring a longer-term commitment.

Additional strong reactions were sparked when the federal government started talking about tightening handgun laws and amending sections of the Criminal Code.

“I don’t see a reason why individuals should own handguns, especially in the City of Toronto. What is the rationale behind that?” asks Toronto Police Staff Sgt. Hunter Smith. “I am very much opposed to handgun ownership. Even people who legally own handguns, they get stolen in break-and-enters and they get used in criminal offences.”

Smith and Bott have more in common than simply their views on the state of violence in Toronto. They were the two lead detectives who investigated the California Sandwiches shooting in 2004, both forming a life-long bond with one of those impacted by it, Louise Russo.

It was just a regular day on Apr. 21, 2004. A mother of three parked her car and walked into a local sandwich shop. She would never walk again.

“I just walked in and they opened fire. Bullets shattered the glass,” says Louise Russo, the innocent bystander who was caught in the middle of a botched underworld hit involving the mafia and the Hells Angels.

A single bullet shattered Russo’s spine, leaving her paralyzed forever. The ripple effect from the California Sandwiches shooting reverberates today. For Russo, “violence stopped being a word and became a cause.”

“From day one we knew she (Russo) was a pretty remarkable person. Very extraordinary to me,” Bott says.

Smith concurs: “Her positive attitude is just incredible considering what she had been put through.”

“My life was totally destroyed. I took it a day at a time, an hour at a time. But through this journey I have come to really know who I am, and I love who I am today – much more than before. I am mentally stronger than ever,” Russo says, reflecting about her journey over a tea in a local Toronto coffee shop recently.

In 2006, Russo’s determination culminated with the establishment of a grassroots, non-profit initiative called Louise Russo W.A.V.E. —“Working Against Violence Everyday.” W.A.V.E. works at “inspiring youth and members of the community to take action, make positive choices and initiate projects that will make schools and communities a safer place to live, learn and play.”

“I’ve been very supportive of Louise since day one of W.A.V.E. She has a voice. She does care very much. She has taken something very tragic that happened to her to make it better for everyone else,” Bott says.

“Louise has taken a negative situation and turned it into something so positive, starting her W.A.V.E. foundation, and rewarding kids who come up with ideas to reduce crime and violence in their schools,” Smith adds.

“When I go into schools I want the students to see the bigger picture,” Russo says. “To educate them and create awareness about the impact of violence so they all have a better understanding of it.”

What about the rise of gun violence in Toronto? To date, in 2018, there have been more homicides directly attributable to gun violence and shootings in the city compared to statistics last year at this time.

“It’s horrible. But you can’t live in fear… We must look at the root causes, prevention and support. Let’s look at the people that are causing this, the gangs,” Russo says, adding her support for an increased police presence in Toronto.

“You have to get support from the community and get programs for at-risk youths to get involved in at an early age, so they don’t turn to a life of crime or get recruited by gangs,” Smith says.

This is similar to what Felix Munger, managing consultant for the Canadian Municipal Network on Crime Prevention, counselled during the International Society of Crime Prevention Practitioners (ISCPP) 2018 Symposium in Niagara Falls, Ont. (More from this event on page 5 in the December 2018 edition of Blue Line.)

He presented on “upstream” prevention — preventing crime early on with a multi-sectoral, community-based approach that targets the youth. This needs to be informed by crime prevention data and evidence, he added, and feature a permanent community safety/crime prevention board, adequate and sustained funding, standards and training, and public consultation, support and engagement.

“We have to find different ways to deploy people, use intelligence-led policing and leverage technology to fight that battle. As we continue to roll out our neighbourhood officers’ program and officers get more entrenched in the neighbourhoods, we will develop better relationships and there will be more trust between communities and the police,” Bott adds.

“We have to work against violence everyday,” Russo says, noting she is thankful for the police. “Our communities need to be a safer place. Criminals need to be accountable for what they’re involved in.”

To effectively combat gun violence in Toronto, a concerted effort needs to be exerted towards this issue continually on all levels: financially and politically.

“We need more police officers to deal with the gangs,” Russo points out.

We also need more people like Russo in the schools.

“If we all volunteered a little bit of our time, things can change,” she says.

And time is of the essence in Toronto. It’s time to proactively target the issue of gun violence to reduce victimization in our communities. As Russo puts it, “we have to find more ways to make our communities safer. I feel it’s important to give back that way – to give people strength and encouragement.”

Stephen Metelsky, M.A., is a professor, writer and organized crime expert with over 20 years experience as a (ret.) sergeant. He is based in Hamilton, Ont. Find additional info on Twitter @StephenGm—Jr and on LinkedIn.
Print this page

Related
Feds looking at ways to tackle wave of gun violence in Toronto: Minister
Ontario to spend $25 million to help fight guns and gangs in Toronto
Gunfighting in a 3D-printing world
Duty firearms 2018 – New trends in police and law enforcement guns and ammo