Features Behavioural Sciences Opinion
Cannabis – what are the risks?

Once upon a time alcohol was banned in Canada. Initially the decision to ban alcoholic beverages was done by individual communities in the late 19th century. In the early 20th century, it was done by some provinces, and then there was a nation-wide prohibition from 1918 to 1920. 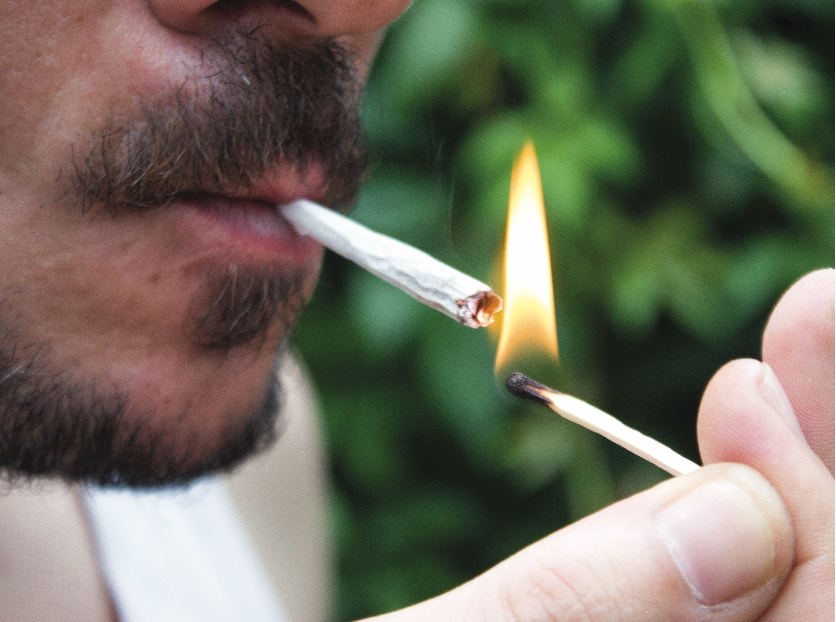 The prohibition of cannabis has ended and it is now legal in Canada. Not unlike alcohol, there are potential benefits from using cannabis products, but there are also some potential health risks. Let’s review some of these risks.

Risk of addiction
According to the research, approximately nine per cent of those who use cannabis products will develop an addiction. This is the percentage quoted by Health Canada. That number increases to one in six (17 per cent) among those who start in their teens and 25 to 50 per cent among daily users.

My generation would have thought it implausible that marijuana could be a regarded as a “gateway drug.” Delta-9-tetrahydrocannabinol (THC) is the primary active ingredient in marijuana. In my era, the level of THC was typically two to four per cent. On a provincially run cannabis online store there is cannabis available with as high as 23.9 per cent THC. Where obtainable, the levels are considerably higher in edible products and even more so in the potent type of cannabis concentrate known as “shatter.”

The effect on brain development
From birth to the early 20s, the brain is not fully developed. As a result, the undeveloped brain is more vulnerable to THC. Heavy use, starting in adolescence, can lead to altered brain development, contributing to a poor educational outcome with an increased likelihood of dropping out of school. Cognitive impairment, with lower IQ, was found among those who were frequent users during adolescence.2

Relationship to mental illness
Regular marijuana use is also associated with an increased risk of anxiety and depression, but causality has not been established. There is little doubt, however, that cannabis can cause psychotic-like symptoms, especially among people with a pre-existing genetic vulnerability to psychosis, and can exacerbate the course of illness in patients with schizophrenia.

Heavier marijuana use, greater drug potency, and exposure at a younger age can all negatively affect the disease trajectory by advancing the time of a first psychotic episode by two to six years. I have assessed people who present with a drug-induced psychosis, solely due to THC, and who are in their mid-30s.

Risk of motor vehicle accidents
It is a myth that cannabis users are safer drivers than those who are impaired with alcohol. THC impairs both the motor and cognitive functions needed for safe driving. Cannabis use while driving has been shown to substantially increase the risk for motor vehicle crashes and has been implicated in fatal and non-fatal crashes.3

Long-lasting changes
Above and beyond recreational use, there are a number of medical conditions that can be relieved by treatment with marijuana or other cannabinoids. Both healthcare professionals and law enforcement professionals have to be aware that marijuana, like other drugs of abuse, can result in many problems.
During intoxication, marijuana can interfere with cognitive function (e.g., memory and perception of time) and motor function (e.g., co-ordination), and these effects can have detrimental consequences (e.g., motor-vehicle accidents). Repeated marijuana use during adolescence may result in long-lasting changes in brain function that can jeopardize educational, professional and social achievements.4

My goal, in this monthly column, is to explore a wide variety of behavioural issues that are related to law enforcement. Please don’t hesitate to contact me if you have any questions or suggestions for future topics at pcollins—blueline@gmail.com.

Dr. Collins’ opinions are his own and may not reflect the opinion of the OPP, University of Toronto or his mother.