Still recovering from the devastating shooting that took the lives of two police officers on Aug. 10, Canada Post employees have reached out and presented a special first responders stamp to the Fredericton Police Force. 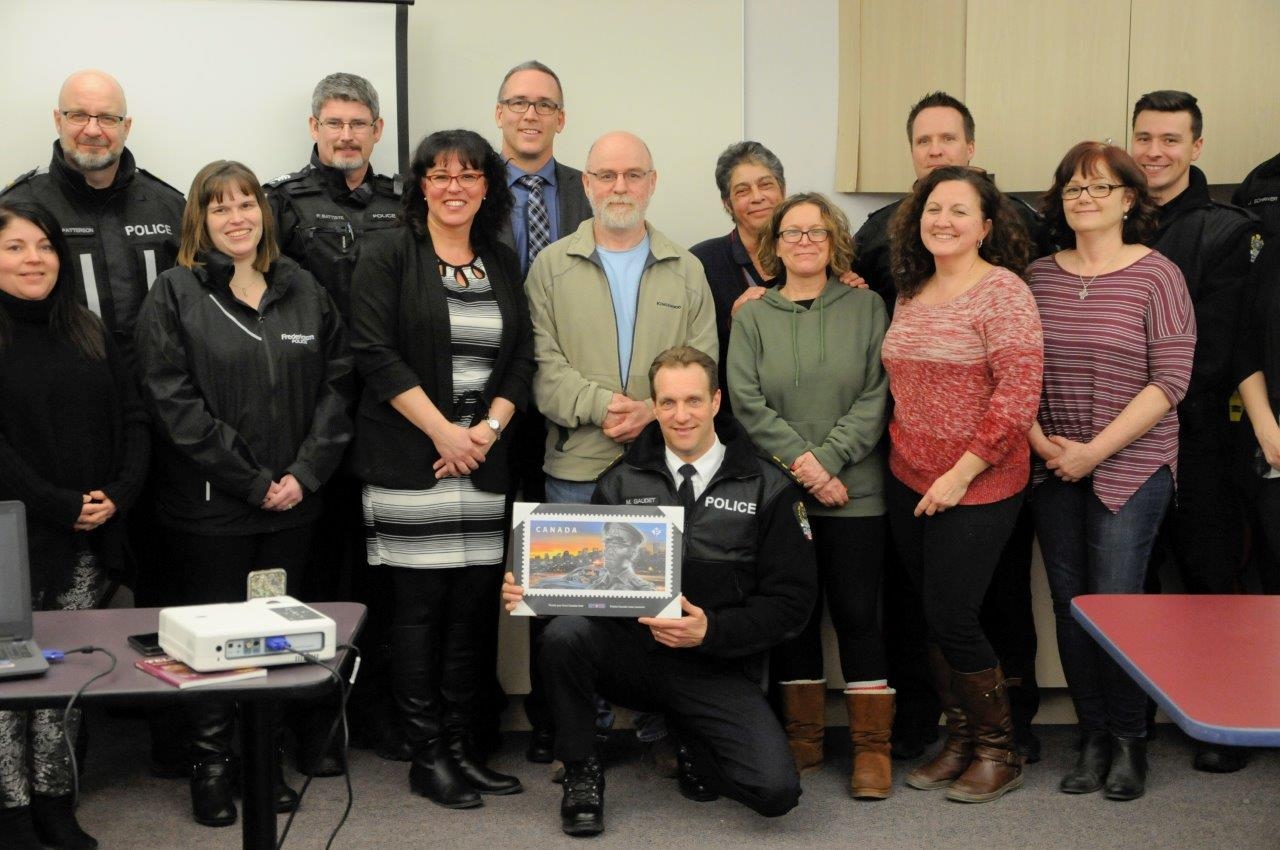 The stamp, commissioned by Canada Post in September 2018, is one of five stamps that honour the bravery and sacrifice of Canadian first responders. The stamps are dedicated to police, firefighters, paramedics, search & rescue and the Armed Forces.

Fredericton’s Deputy Chief of Police Martin Gaudet and other officers met with Canada Post employees at their distribution center on Feb. 26, thanking them for their support and appreciation.

“We talked about our struggles since Aug. 10, and they talked about their gratitude,” Gaudet said. “I thought it was such a caring and kind thing to do… We’ve received letters of support, an on-going thank you note, and presentations like these; and it just warms our heart.”

The Canada Post workers reached out to the police after a call-to-action was issued from their national headquarters. Canada Post made enlarged replicas of the five stamps so offices across the country could present them to their local emergency responders.

“We looked at how much people value the work that these heroes do, and we thought ‘Wow, we’re a national company with employees all across the country in every area.’ So, we made available stamp enlargements to all of our employees,” said Jim Phillips, stamp director at Canada Post. “If they wanted to go out and show their own appreciation to the local paramedics, or firefighters or police, they should do it.”

Canada Post never anticipated how far this message would spread. Six months later, the replica stamps have been presented at over 1,900 offices across Canada — in every province and territory — in a massive grass-roots campaign by Canada Post workers. The presentation to the Fredericton Police Force is the latest one.

“Once we made the offer, it wasn’t really that hard. Everyone really wanted to pay their respects to our first responders across Canada,” Phillips said. “The hardest thing was keeping the stamp enlargements in stock and making sure we didn’t have three groups of people going to the same police force or fire department.”