News
Canada isn’t the only one turning 150…

It all started with Samuel Port, William Brown, Charles Bussette and Henry Goodenough back in 1867. Since then the Windsor Police Service has aged right along with Canada and held week-long celebrations recently to look back at the milestones through its 150 years. 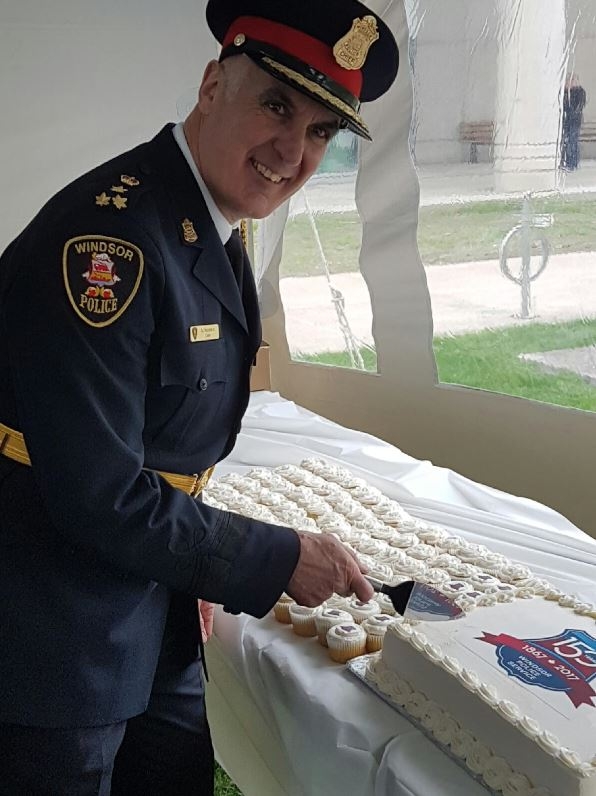 WPS can trace its beginnings to a ramshackle border village of roughly 4,000 people that only required “three big men” to keep the peace, states a passage from the service’s 150th anniversary souvenir book.

Today, operations include various units from K9 to special victims to domestic violence to polygraph as well as patrol response and investigative support, just to name a few. The force continues to grow, with 10 new officers hitting the streets this past spring, according to WPS.

“We’re leading in our response to those unique challenges in the policing environment and we’re world class, without question,” says Chief Al Frederick in a special anniversary video. “We have to train people to the best of their abilities to meet any challenge and our specialists, we give them lots of time to train, we look for unique training opportunities all over North America, but at the same time, we’re on the same team and we’re integrated.”

Celebrations occurred from May 1-5 and included a police memorial and appreciation service, parade and community barbecue, a sold-out fundraising gala, the annual law enforcement Torch Run for Special Olympics and a historical lecture.

Culminating the week, WPS held a heartfelt ceremony dedicating a tunnel on the town’s new federal parkway in memory of Senior Const. John Atkinson, who was killed in the line of duty in 2006. The date marked the 11th anniversary of the day he was killed.

“It was pretty poignant for us,” says Melanie Kish-Lewis, administrative assistant at the Windsor Police Training Centre. “Not only because John Atkinson was one of our officers, but it’s the first time that a municipal officer has been recognized in that fashion.”

WPS has also been given a room at the Chimczuk Museum to display memorabilia such as photos, documents, letters, equipment, old evidence and badges, and boasts a section dedicated to officers killed in the line of duty. The exhibit will run until the end of July.

Stay tuned to an upcoming issue of Blue Line for a Q&A with Windsor’s Police Chief.