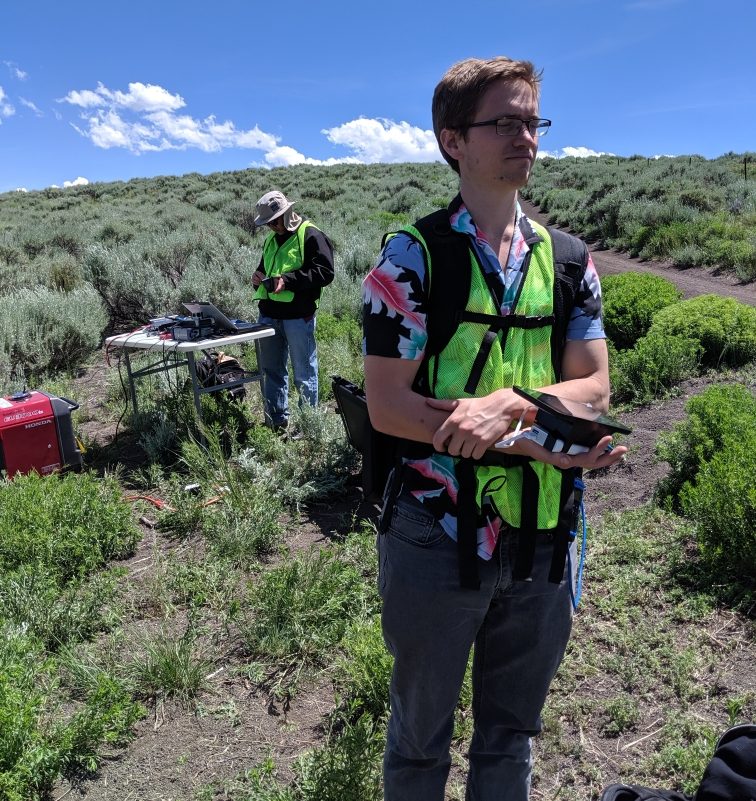 First responders face many communications challenges, including a lack of cell towers in uninhabited places and incompatible equipment. Public safety agencies need to find ways to share voice, text, instant messages, video and data reliably while responding to wildland fires and other emergencies.

Researchers with National Institute of Standards and Technology (NIST) in the United States, in collaboration with the Department of Homeland Security (DHS) Science and Technology Directorate in the U.S., are mounting miniature mobile communications networks on pickup trucks and unmanned aerial systems to measure signal strength and coverage in mountain areas lacking wireless infrastructure.

“Results so far from the test site have confirmed some of our expectations and identified several performance issues that were not evident in the lab,” said electronics engineer Samuel Ray of NIST’s Public Safety Communications Research Division.

“The terrain makes it difficult to provide coverage, especially at the frequencies required for cellular systems,” Ray added. “Responding agencies may also encounter forested areas or urban settings with structures. All of these factors affect coverage, increasing the need for elevating the communications platform.” 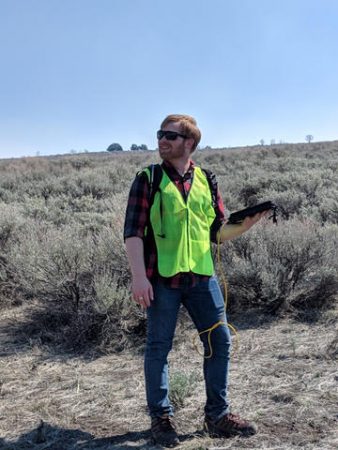 NIST researchers study “deployable systems” to help create ad hoc, interoperable networks. Deployable systems are needed not only for rural areas but also for other situations where wireless coverage is compromised or large-scale events cause network congestion. Some deployable systems are available commercially, but NIST is working on generic technologies that could be used by anyone.

The NIST experiments at the Gypsum site use Long Term Evolution (LTE) systems, the latest wireless standards that are widely available for cellphones. The nation’s estimated 5 million public safety personnel have traditionally used walkie-talkies (land mobile radio), but many are supplementing their capabilities with LTE systems, which offer data transmission rates up to 1,000 times higher.

NIST has been measuring deployable systems performance in the Rockies for a year now. The Gypsum site, owned by the U.S. Department of the Interior’s Bureau of Land Management, was chosen in part because it is a large plateau surrounded by relatively flat bushland, a realistic setting for a wildland fire.

NIST’s early experiments used ground-based and truck-mounted antenna masts extending 2-4 meters (7-14 feet) above the ground. The coverage area extended to several hundred feet from the antennas; however, that coverage was very poor, with signals that dropped entirely when crossing hills or trenches, pointing to the need to maintain “line of sight” channels.

The coverage extended farther than before, with signals extending roughly a half mile from the aerial platform. NIST staff are studying several stability issues and looking for ways to optimize the mobile network platforms for longer flights and more effective antennas, according to Max Maurice, lead engineer for the Gypsum measurement project.

One possible solution is tethered helium balloons with integrated antennas. Such systems are already available and could stay in the air for longer periods of measurement time. But the elevation of the Gypsum site, more than 6,000 feet above sea level where the air becomes thinner, greatly reduces balloon lifting capabilities, Ray said. Balloons would also introduce new requirements for training and operation, and for acquisition, storage and transportation of helium.

“Many vendors are researching better designs for aerial communications networks; the difficulties are around weight and power, or a balance between the two, and there are many physical constraints,” Ray said. “We are continuing to discuss opportunities with industry contacts and to watch for innovative solutions and alternative technologies.

“In 2020, we expect to introduce additional antenna options and resilient network features in field tests and to continue refining the test bed. This is a forward-looking research area with a focus on technologies that are four to five years away from commercial availability, and we expect to continue working at the site a few times per year.”

NIST’s deployable systems research is funded in part by the U.S. DHS Science and Technology Directorate.