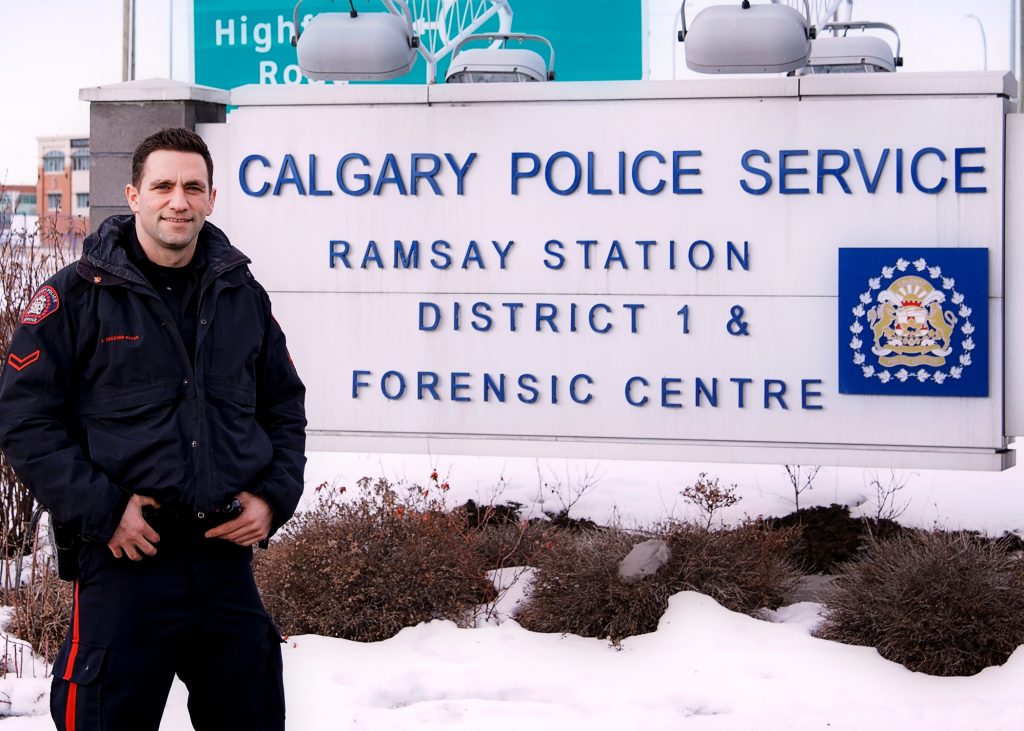 Const. Joe Cecchini, a dual-citizen Italian-Canadian, worked his last shift on Jan. 19, 2018, before heading to South Korea to compete as a member of the Italian National Skeleton team.

Born in British Columbia, Cecchini moved to Calgary in 2007 to pursue opportunities in Skeleton as well as a career with CPS.

While working as a full-time member of the CPS, Cecchini raced internationally with the Canadian team for three seasons before joining the Italian team in 2013. Since then, he has become a two-time national champion, racing on the World Cup circuit full time and has also participated in three world championships.

“Not only am I blessed to represent Italy, Canada and the Calgary Police Service, but I am in a position that allows me to give back. Skeleton and athletics are platforms that have allowed me to coach youth and speak to others about goal setting, motivation and hopefully impact and inspire the lives of others,” Cecchini said in a news release.

“We are very proud of Joe. Many of our officers are talented people who bring a vast degree of life experience. They aren’t just officers. They are athletes, musicians, professionals and are so much more than the uniform they put on,” says District 1 Staff Sgt. Shawn Wallace. “Joe is a great example of the tenacity and commitment our officers bring to the citizens they serve.”