News
B.C. to allow marijuana use in public, but it won’t be sold in liquor stores

VICTORIA — Pot and liquor sales won’t mix in British Columbia, but users will be allowed to toke up in some public spaces once marijuana is legalized later this year. 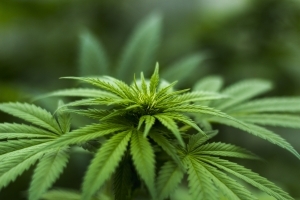 Public Safety Minister Mike Farnworth announced new details of B.C.’s regulatory regime on Monday, saying that marijuana will be sold online and through private and government-operated stores. Retailers will not be permitted to sell marijuana in stores that now sell liquor or tobacco, however.

The province will also allow people to smoke pot in public places where tobacco smoking and vaping are permitted, although it will be banned in vehicles and in areas frequented by children, including beaches, parks and playgrounds.

Farnworth said the framework provides a sound foundation to support his government’s priority of public health and safety. But he also cautioned there are many decisions left to be made and the province is waiting for the federal government to finalize its proposed regulations on licensing and sales.

“Some may think that this work will end in July when non-medical cannabis is legalized by the federal government,” he said. “But the truth is our government will be dealing with this significant change in policy for years to come.”

The province will create a 90-day ban for those caught driving while drug- impaired, and it will increase training for law enforcement officers to recognize impairment.

The B.C. government announced in December that 19 would be the minimum age to possess, purchase and consume non-medical cannabis. It also said B.C.’s liquor distribution branch would be the wholesale distributor of non-medical marijuana.

Farnworth said the province will launch an online application process this spring for people who are interested in applying for a retail licence, but that won’t be approved without the support of local governments.

“This is a significant public policy change … and a lot of people have very strong feelings about it,” he said. “Communities want to know that they’re going to have a strong say in how the retail model in particular works.”

The local government must ask residents near the proposed retail location to comment on how the store would impact the community and notify the liquor distribution branch of its decision by way of a council resolution, the province said.

Vancouver and Victoria have already set up licensing regimes for marijuana dispensaries, but Farnworth said other municipalities such as Richmond have said they don’t want pot shops in their communities at all.

“We’re not forcing anything down any community’s throats,” he said.

Operators of illegal dispensaries will not be excluded from consideration for a licence, nor will a record of low-risk criminal activity, the government said. However, involvement with organized crime will exclude applicants from becoming a licensee.

The Responsible Marijuana Retail Alliance of B.C., an initiative of the union representing public liquor store workers and an association representing private liquor outlets, said it was disappointed that the government rejected its proposal to sell cannabis in liquor stores.

But it said liquor stores were still “well positioned” to provide safe and reliable access to cannabis products because the province will allow stand-alone cannabis stores to be located adjacent to liquor stores.

The policy changes are expected to be introduced at the legislative session this spring, and the government plans a public education campaign to create awareness of the provincial rules before they come into force.

Mike Morris, the public safety critic for the provincial Liberal party, said the NDP government is dithering in making actual decisions and has only released part of its plan.

“The B.C. Liberal focus has always been public safety, ensuring children aren’t exposed to cannabis and not allowing criminals to benefit from legalization. The NDP has failed with these weak regulations and British Columbians deserve better.”